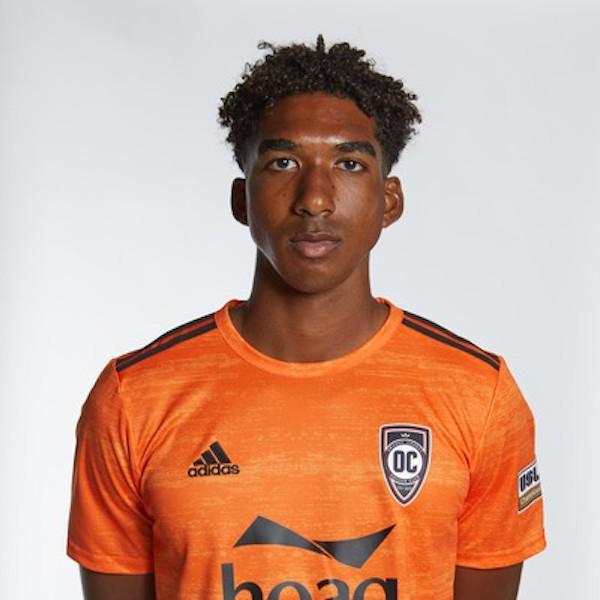 As a young player, Kobi Henry moved around frequently with his parents, both teachers, preferring to change locations. Born in Florida, Henry has lived in nearly 10 different places, including New York, New Jersey, and even Bermuda. While he was never settled in one particular home, soccer has been a constant in his life.

Soccer runs in the family for Henry. His brother, Jazz Henry, is a forward at Occidental College in Los Angeles. His father played semiprofessionally. His grandfather, Ken Henry, has strong ties to the sport. He served as the trainer and fitness coach for Trinidad & Tobago’s national team during the 1980s – and was on the staff when the United States registered the historic win in 1989 in Port of Spain to qualify for the 1990 World Cup.

Kobi Henry is looking to even take that family soccer history even further. The young central defender is on the U.S. national team roster for its current December camp in California that will conclude with a friendly against Bosnia & Herzegovina on December 18.

The 17-year-old Henry was a surprising inclusion onto the team but earned the call-up thanks to a combination of his youth and the promise he showed in 2021 for both Orange County SC and the U.S. U-20 team.

In the 2021 USL Championship season, Henry was a member of the Orange County team that won the title on Nov. 28 with a 3-1 win over the Tampa Bay Rowdies. Earlier that month, he was one of the better players on the U.S. U-20 team for its inaugural camp of the cycle at the Revelations Cup in Mexico.

“Being a champion so early in my career, it just gives me a real confidence boost and it allows me to have standards of where my mentality should be going forward,” Henry said. “That I should always hold myself to a higher standard because I've been with a team that has won a championship.”

Henry did not play in the USL Championship final, but he finished the season for Orange County SC with 19 appearances, 16 starts, and 1,494 minutes. Henry also spent time learning from the team’s veterans, such as former U.S. national team defender Michael Orozco and former Rangers defender Rob Kiernan.

Part of what led Henry to sign for Orange County SC was its pathway that helps young players make the jump to Europe at an early age. In 2019, the club signed a partnership with Rangers in Scotland that allows for some of the young players to trial in Europe. Former U.S. youth national team midfielder Bryang Kayo took this path with Orange County and is now at Viktoria Berlin on loan from Wolfsburg. 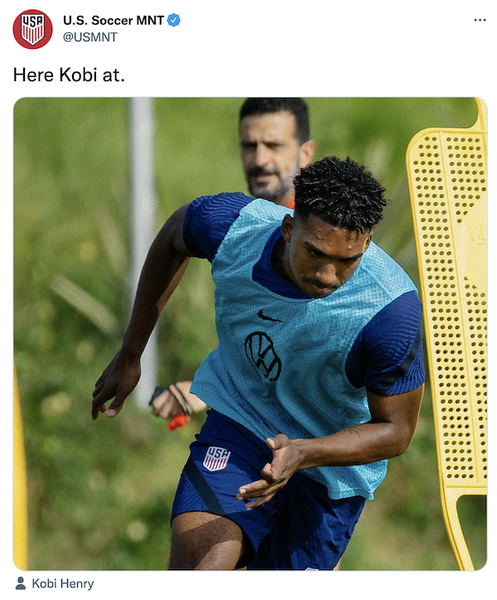 Before joining Orange County SC, Henry was with the youth teams of Inter Miami, but believes he made the right move shifting to Orange County in the USL Championship.

“Playing in the USL has been a great learning experience for me,” Henry said. “I think it's definitely a very tough league to play in. It's really physical. You have to learn how to not only be talented but play smart. I've learned just a lot of things from fellow teammates and also just from game experience of how I need to play against certain players, whether they're bigger guys or smaller guys, or more people who could play quick with their feet -- and just learn how to adjust my game and gain some overall knowledge.

“I was in Miami and it was a great club. I was treated very well, but I knew that I have a passion to go to Europe in the future. Orange County has the ‘Pathway to Pro,’ where they could send the young players out on different trials, and there is connection with Rangers. That was the dream. … MLS is a really good league. But I've just grown up watching Premier League every weekend with my brother.”

Next year will be important for Henry on many levels. In April, he will turn 18 and will be eligible to make a move abroad. Internationally, there is the U.S. U-20 team and Henry is expected to be in the plans for new coach Mikey Varas. Next summer, the U-20 team will participate in a critically important tournament that will serve as qualifying for both the 2023 U-20 World Cup and the 2024 Olympics in Paris. The men’s side of the U.S. Soccer program has not qualified for the Olympics since 2008.

The fact that qualifying is now in the hands of the U-20 team is a boost to U.S. Soccer as the U-20 team has fared very well over the past two decades. For Henry, he is part of a talented class that includes players such as Caden Clark, Kevin Paredes, Cade Cowell, Jonathan Gomez, Gaga Slonina and Justin Che --all players who are also included on the current national team roster. There is also Ricardo Pepi, who is age eligible but who is already a key contributor to the full national team.

Henry knows that this U-20 team has a big task at hand but he is optimistic for its chances after seeing the potential last month at the Revelations Cup. The U.S. team lost to Brazil and Mexico at that tournament and drew to Colombia while improving as the week progressed. For many players, it was their first time playing with each other given that U.S. youth national teams were on hiatus since early 2020 due to COVID. In addition, Varas was hired only two days before the team left for Mexico.

“Despite the results, I actually think that the trip was a success,” Henry said. “As a group from the first day to the last day, just how we operated as a team -- there was just a big difference. We grew together as a family. We got to know how each other’s playing style and certain things like that, what type of players people are. So I think it was a good tournament in order to build a foundation for the U-20 cycle. If we get a little bit more practice in and understand the tactics, we will be a real threat.”

“[Mikey Varas] was great, even though he was kind of going through this with us,” he added. “Even though he got hired a couple of days before the trip, it felt like he had been there and he had planned everything out as if he was planning it from some months before. So it definitely felt really welcome. He is a really good communicator and made sure to talk to every single player and have a good relationship with all of us.”

For now, however, Henry is focused on the full national team and potentially putting himself in line for a cap against Bosnia & Herzegovina next week. It’s a unique opportunity and based on his success this past year, he feels ready to seize the moment.

“I'm really excited to go, prove myself and hopefully mark my spot at the men's team and hopefully things go well,” Henry said. “I was a bit surprised because how things went recently and just coming off winning the USL Championship -- I've been having a lot of great news recently, so I'm really grateful for the opportunity.”