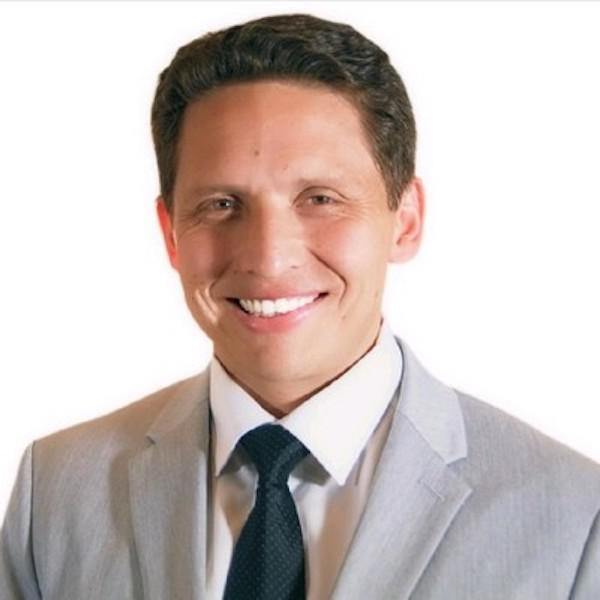 Until a few months ago, Jaime Garzon knew nothing about blind soccer.

Now he’s bringing the game to the Paralympics.

Blind soccer – a 5-v-5 version of the game, using sounds to help players find the ball – has been part of the Summer Olympics since Athens in 2004. But with Los Angeles set to host the 2028 Games – and the Paralympics that follow – the United States Association of Blind Athletes will field the first United States team in the sport.

In September, Garzon became soccer manager for the Blind Athletes organization. He knows the game well – he worked previously for the Florida Youth Soccer Association in coaching education and the Olympic Development Program, and for Turnstone, the Paralympics training site in Fort Wayne, Indiana – but his new position has been both a literal and figurative eye-opener.

Blind soccer can be played indoors or outside. The four field players can be visually impaired or completely blind; all wear eye patches and eyeshades, so no one can distinguish between light and dark. The goalkeeper can have sight.

A bell inside the ball rings, so players know when it is near. Defenders must say “Voy” (“I go” in Spanish), so that players with the ball know where they are. Three guides give instructions to players in each third of the field. Crowds stay quiet – until a goal is scored. The field is the same size as for FIFA futsal, and side walls ensure the ball never goes out of play. There is no offside rule.

Top players are astonishingly skilled. Spectators watching for the first time are mesmerized. 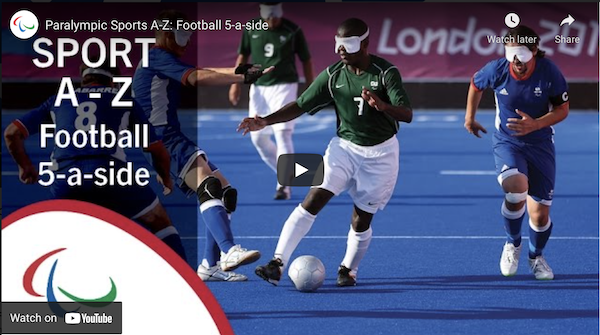 For all its excitement, blind soccer has flown under Americans’ radar. It is more established in other countries around the world. Brazil and Argentina are international powerhouses.

Garzon has two tasks: educating potential players about the game, and fielding a men’s team for the ’28 Paralympics. (Women’s blind soccer is not part of the Paralympics yet. It may be added for Brisbane in 2032.) He is reaching out to established soccer clubs, organizations like TOPSoccer, and schools for the visually impaired.

The U.S. Association of Blind Athletes hosted an ID camp in 2018. When COVID hit, plans for more were shelved. There have been only two since: in Colorado Springs last August, and Columbus, Ohio in October.

U.S. Soccer has been a “great friend” to the Association of Blind Athletes, Garzon says. Beginning next year, a grant from the national governing body will help athletes train at clubs in Baltimore, Columbus, Los Angeles, Miami, New York and Salt Lake City.

Once potential Paralympics Games athletes are identified, Garzon says, the next challenge is to find opportunities for them to train and play.

Blind soccer appeals both to players who were born blind, and those who lost their sight later, due to a progressive disease, accident, or in military service.

It’s obviously more difficult to teach the game to those who have never seen it. A coach might say to a player who once had vision, “Put your feet in the shape of a penguin when you receive the ball.” That means nothing to a player who has never seen a penguin.

Blind soccer is different from other sports, Garzon says, because players are much more independent. In other competitions, there may be lines on the floor, ropes in a pool, or actual hands-on sighted guides.

“Blind soccer players are free to make their own decisions,” notes Garzon. “They have the freedom to pass or run, forward or backward. They have real independence and opportunity.” Independence and creativity are key to motivating blind soccer players, he adds. “Blind people are guided in so many aspects of their lives. This gives them the chance to play the beautiful game, like everyone else. They’re excited, and I am too.”

The U.S. Paralympics team offers “a new path to compete at the highest level possible. It’s a great motivator. It provides empowerment, and goals.”

And whether a player is sighted or not, who doesn’t love goals?