Jordan Morris is back: Seattle forward aims to prove his worth to USA's World Cup quest in Saturday's friendly 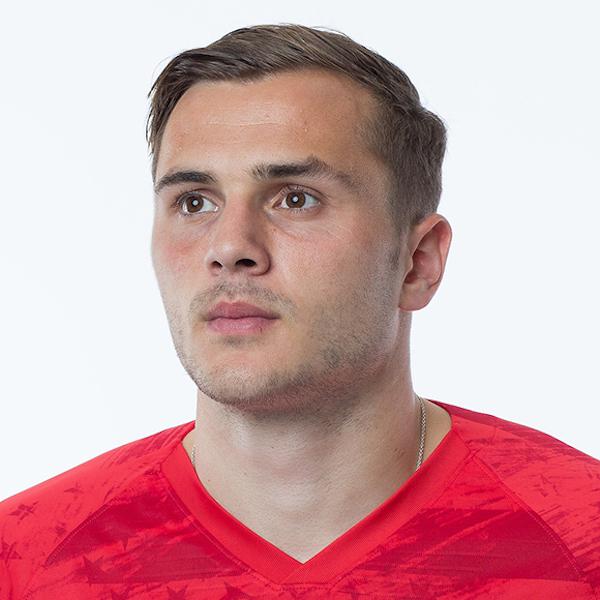 At the start of 2021, Jordan Morris had huge hopes for the year. After rebounding from his torn right ACL in early 2018, he completed two fantastic seasons for the Seattle Sounders in 2019-20 and subsequently made the move abroad with a loan to promotion-contending Swansea City in the English Championship.

Expectations were high that Morris would settle in England, potentially make the loan a permanent move, and continue to have a big role with the national team ahead of a busy summer followed by the start of World Cup qualifying.

The hopes, however, were short-lived. In just the fourth Championship game of his loan, Morris tore his left ACL in a visit to Huddersfield. His loan was promptly terminated and he returned home to Seattle to begin yet another recovery.

“I remember when I was going down to have my surgery, I flew to L.A,” Morris recalled. “On the plane ride down, I was working on kind of my goal sheets for this year and next year, trying to bring some positivity into things. And part of my goal this year was to get back on the field before the season ended and get back into a national team camp before next year.”

In terms of ACL recoveries, Morris made a quick recovery to achieve the goals he set for himself. He returned to Seattle toward the end of the season, on Nov. 1 in a draw against the LA Galaxy. On Nov. 23, Morris made his first start of the season, in the playoffs against Real Salt Lake. While Seattle was eventually eliminated in a shootout following a 0-0 draw, Morris played 104 minutes.

As expected, Morris was rusty in these games but still was able to show glimpses of his talent that has made him one of the league’s most dominating players. In 2019 and 2020, Morris played 59 games for Seattle in all competitions and registered 25 goals and 15 assists.

Getting back to that level, however, is still a work in progress.

“It's definitely still part of the part of the process,” the 27-year-old Morris said. “I'm only probably nine months out from my surgery now and so was able to get back on the field a little bit earlier than what was maybe first anticipated -- which is great. But things are still going to be coming. ... My fitness is at a pretty good level. It's the sharpness and getting all that back ... I'm feeling pretty good with it, but definitely understand that I have more to go.”

Of course, there is also the issue of the national team. Because of the January international window that will feature three crucial World Cup qualifiers, U.S. Soccer decided to have a rare December camp for the national team. Coach Gregg Berhalter has said that one of the key objectives of the camp is to keep top domestic players match fit during their offseason ahead of the January window.

Morris is clearly one of the most important players in this camp. When at his best, he is a big contributor to the national team and in his international career he has 10 goals and eight assists in 39 games -- with his debut coming when he was still in college at Stanford.

There is clearly a need for Morris at this time, too. While Christian Pulisic has returned to health at Chelsea, other wingers remain questionable. Brenden Aaronson is playing well, but is almost exclusively at the No. 10 midfielder spot with his club, Red Bull Salzburg. Tim Weah is dealing with a quad injury. Konrad de la Fuente is still looking to breakthrough. Paul Arriola has also been dealing with injuries. At the onset of camp, however, Berhalter was cautious as to whether or not Morris, also a center forward option, would be ready for the January qualifiers. 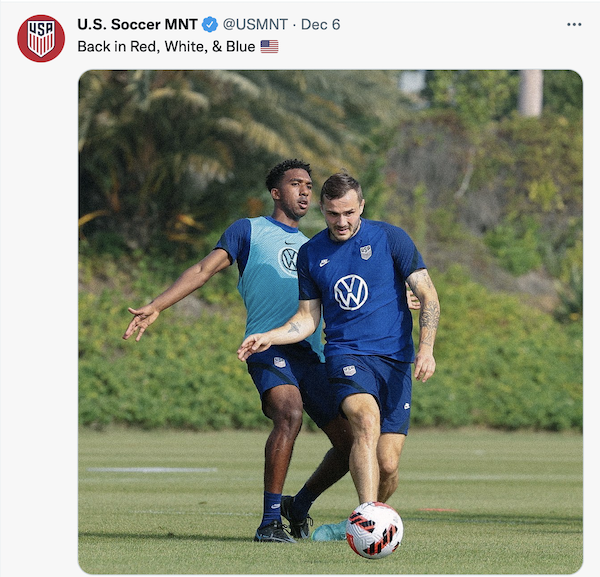 "If we don't bring him into this camp, he has no chance of playing qualifiers, right?" Berhalter said. "So, our job now is to work with him these next four weeks and then when we're in camp to get him ready to see if he can make an impact and help in qualifiers. We know his talent level, we know what he brings to the team, it gives us a different dimension and it'd be nice to get him in a place where he can perform in these games."

On Friday, Berhalter said he was pleased to see how Morris has done in camp.

"He's looked sharp the entire time," he said. "We knew that he had a long layoff. He got back into it with Seattle, and they've done a great job of getting them back to a good point."

Cristian Roldan is a longtime teammate of Morris on both Seattle and the United States national team. Roldan is also on the U.S. national team’s roster in California and has watched Morris throughout his rehab this year. Roldan is adamant that Morris is having a good camp after showing rust in his first few games back with Seattle.

“He'd be the first one to tell you that the speed of play was a little bit fast initially," Roldan said. "But I think it is slowing down for him in the amount of games he got that were kind of unexpected. It was really nice. Him being back in the mix was nice to see. He's doing really well and playing like he never left.”

Ahead of Saturday’s friendly, Morris is extremely motivated to put the national team jersey on again and show to Berhalter, the staff, and the team that he is truly back. During his rehab, Morris has paid close attention to the U.S. team’s progress, and he believes the team is in a good spot.

He’s not where he wanted to be at the start of 2021 but has attained the goals he reset on is flight down to Los Angeles ahead of his surgery. He wanted to have another chance with the national team before the end of the year to prove that he could help. That could happen on Saturday night.

“I think the team has done so well in some difficult environments to get really good results,” Morris said. “I obviously wasn't part of those games. But watching from afar, it was really difficult and wishing I could potentially be out there playing.”

“Throughout my rehab, getting back to be part of the national team -- that was the main goal, to recover, get back to my best as quickly as possible and try and get back in with this group because that just means everything,” he added. “For me, it's just doing what I what I normally do -- trying to stretch teams, get in behind, use my speed to unbalance teams and stretch things a bit. I'm just grateful to be back in this camp and looking forward to continuing to work.”