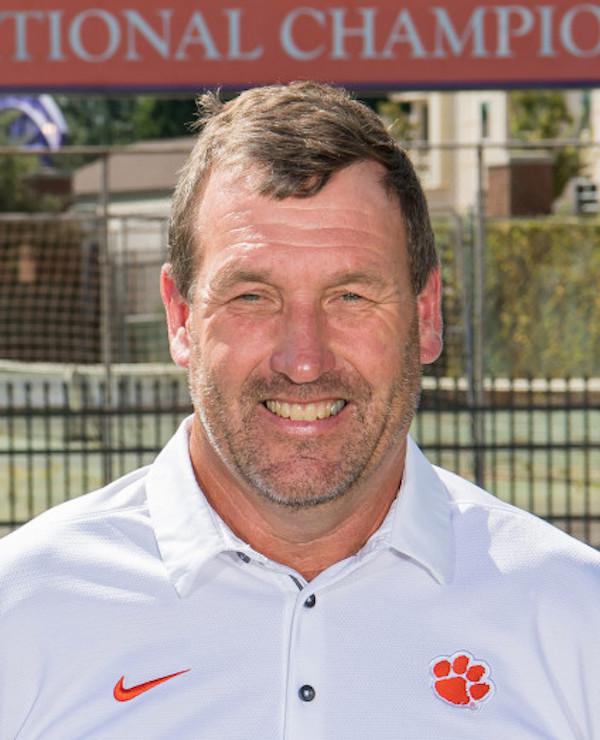 It’s not easy being recruited by Clemson University.

You need plenty of talent. You have to play at a high level. And you need to check at least seven boxes on Coach Mike Noonan’s 10-item list.

Among the requirements: a 3.0 GPA. Holding a significant leadership role on a club or high school team. Winning something significant. Working at a job outside of soccer.

Noonan has learned both lessons well. After a coaching career that began in the 1980s, and several close losses in the past decade to eventual champions, he earned his first College Cup title earlier this month. A goal just 27 seconds after the opening whistle, another midway through the first half, and superb goalkeeping gave the Tigers a 2-0 win over the University of Washington.

It was the culmination of a professional dream for Noonan, a UEFA and U.S. Soccer “A” license holder who is one of the most respected coaches in the American game. But, he notes, a national title is not the reason he coaches.

“Really, it’s to see the seniors graduate every year,” he says. “That’s why I do this: to help them become better men.”

The seniors who leave with championship rings learned many lessons on the South Carolina campus. Among them: perseverance. The team lost twice in previous tournaments on penalty kicks.

Yet as proud as he is of his teams’ academic records, Noonan is a fierce competitor. He’s had his sights on a national title ever since his younger brother Mark helped win Duke University’s first championship ever – in any sport – in 1986. Around that time, after two years as an All-American at Middlebury College and professional playing stints in Sweden and the indoor U.S. game, he suffered a career-ending knee injury.

He joined McEachen’s new team, the University of Vermont, as an assistant coach in 1986. Four years later, all-women’s Wheaton College in Massachusetts added men. Noonan was hired to start a men’s soccer team. In his second year, the squad won 11 games.

Then came four years at the University of New Hampshire. He led the Wildcats to their first-ever NCAA tournament berth, and set a school record for victories.

He moved to Brown University in 1995. In 15 years, the Bears won eight Ivy League championships, and qualified for 10 NCAA tourneys. They advanced to the quarterfinals twice.

“It was great,” he recalls. “Ivy kids are smart. They analyze everything. They won’t do anything unless they know why. I had to understand for myself why I did what I did, in training and games. I learned a lot about coaching that way.”

He thought he could win a College Cup at Brown. But he was frustrated by Ivy League rules that limit out-of-season work with the team. When Syracuse and Clemson offered him jobs the same week, he let his wife, Deb Belcher, decide.

A former Olympic trainer and physical therapist, she loved the Clemson environment. There was a Montessori school nearby for their two daughters. It was a move Noonan never regretted.

Clemson has “the feel of a small college, and the opportunities of a major university.” The only downside: The storied soccer program had fallen to the bottom of the ACC. After their first practice, Noonan and assistant coach Phil Jones – who had come from Brown, and 13 years later is still with Noonan – just shook their heads. “We didn’t speak for 20 minutes,” Noonan remembers.

He rebuilt the program “one day at a time.” The coaching staff instilled core values. They celebrated small, quantifiable victories. And they got on the road and recruited.

There were “starts and stops” in those early years, Noonan admits. He learned “you can’t shortcut your way. You can’t get talent that doesn’t have character.” That led to the recruiting checklist he still uses today.

Noonan worked closely with sports psychologist Bill Beswick, whom he’d first met while at Brown. “He kept saying, ‘Sooner or later you’ll poke your head through.”

The Tigers almost did, several times. They fell in the 2015 College Cup final to Stanford. They had several more stellar seasons, with ACC titles and record-setting performances. But winning the final match of the season – something only one Division I men’s team can do each year – remained elusive.

He lauds this “quality group. They held each other to a high standard of accountability. All the coaches did was pick the tactics.”

During his long journey – and particularly this year – Noonan says he has learned how much he loves coaching. It involves “investing in players beyond the soccer level. They’re spinning so many plates all the time. Our staff does a great job of helping them make sure they don’t crash.”

Of the College Cup, Noonan says that all four semifinal teams “tried to play the game in the right vein. We competed fiercely, but with sportsmanship.”

Despite the loss of top players to professional leagues, he believes that college soccer “gets better every year. It will continue to thrive.”

Meanwhile, Clemson – the university and college town – thrives, too. Encouraged by his athletic department – and inspired by his good friend, football coach Dabo Swinney – support for everything Tiger-related is massive. “We asked for support at the final four,” Noonan says. “They turned Cary [North Carolina, the College Cup site] orange.”

When Noonan’s longtime goal of a national championship came true, he was mobbed by well-wishers. Besides hugs from his wife and daughters, the one that meant the most came from Julie Ibrahim-Scott. Her late husband I.M. Ibrahim established Clemson as a national powerhouse in the 1970s. Decades later, she joined thousands of Tiger students and fans to celebrate.

Now that Noonan has “poked his head through,” what’s next? “That was so much fun, we’re already trying to do it again,” he says.

Armed, of course, with that all-important recruiting checklist.