Part 2: Learning about soccer -- from jazz, and from the words of a great poet 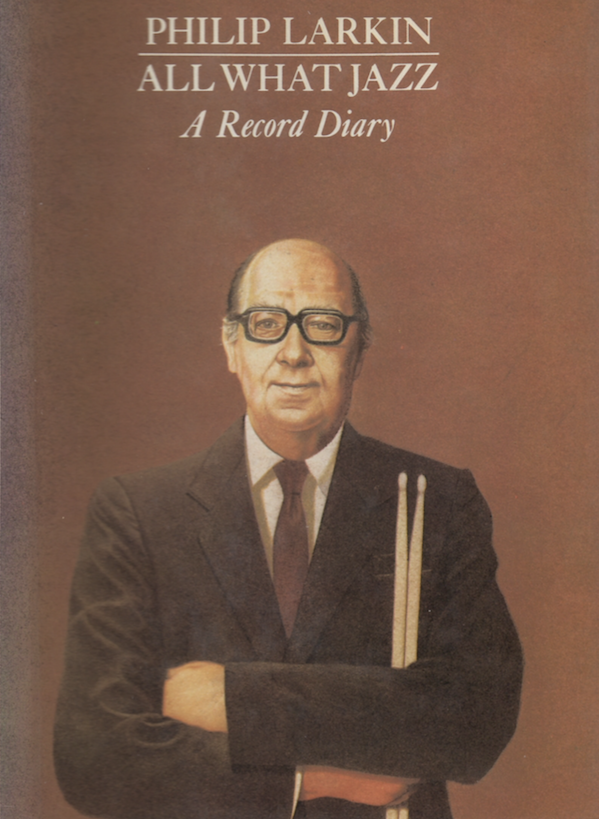 Greetings. Last time I was singing the praises of the poet -- the late poet -- Philip Larkin. In 1970 I had belatedly discovered he was a jazz devotee, and that he had written a book on jazz (“All What Jazz”). Which I hastened to read, and was hugely impressed by his Introduction in which he explained, with glistening prose and crystal clarity just why the jazz that I and he had both loved had virtually disappeared.

Larkin’s explanation suddenly opened up to him with an Aha! moment. He was reading about “modern jazz” when it hit him: “There was something that seemed oddly familiar. This development, this progress, this new language that was more difficult, more complex ... that you couldn’t expect to understand first go, that needed technical knowledge to evaluate it ... Of course! This was the language of criticism of modern painting, modern poetry, modern music. Of course!.”

Larkin saw at once. Modernism in the arts meant complexity. He mocked it: “You’ve got to work at this. After all you don’t expect to understand anything as important as art straight off, do you? This is pretty complex stuff.”

He recalled the comment of jazz writer Benny Green, back in 1962: “After [Charlie] Parker, you had to be something of a musician to follow the best jazz of the day.”

Which is where I branch off. Larkin’s revelation led almost at once to my own Aha! moment ... conjured up for me by another remark from the 1960s, uttered -- in despair? -- by one of the greatest of soccer players, Jimmy Greaves. He had been listening to what was then a comparatively new voice in soccer -- from the modern, educated coaches, the guys with the A licenses. He half-joked: “Football tactics are rapidly becoming as complicated as the formula for splitting the atom.”

The very same descent into fatuous complexity that Larkin knew had wrecked jazz, was beginning to make itself felt in 1960s soccer. Maybe Larkin is not the best guide at this stage. I can instead turn to Tom Wolfe, the sharpest of this country’s social critics, a man who knew and nailed hogwash when he found it. In his book “The Painted Word” he got his teeth savagely into modern art, declaring flatly that it was the mystifying -- and clever -- theories that surrounded it that gave modern art its cachet.

Surely this is true in soccer. There is now a bewildering assortment of schemes and methods and formations, not to mention the host of courses and diplomas, lecturers and clinic-givers determined to help you understand what is going on. Does this complication of soccer improve the game, make it more entertaining, more worth watching? Is the pro game better value for the whopping prices now attached to season tickets? But that’s to be crass, isn’t it? How dare I introduce pelf into the art-form that is soccer?

Well, OK, splutter, splutter -- what was I thinking? But it is noticeable that the soccer modernists, those brain-burdened guys who can’t wait to tell you about (hey, and frequently sell to you) the miraculous advances in the sport brought about by their semi-reversible, double-fronted, rapid-transition 2(4)-6(3)-1(3)-1(0) under-lapping inside fullback disposition (please don’t call it a formation, that’s much too rigid a word) - well, do they ever claim it makes the game more entertaining, more exciting?

They do not. Never. They’re just intrigued to make the game more perplexing, so that they will be the only guys who are really clever enough to understand it.

Those who think I exaggerate, are invited to check above and to note Philip Larkin’s two 1970 references to “language.” They can then have a look at this -- received from FIFA just three weeks ago:

And when they have read that, they can shut up.


The man telling us all about this was once the much respected coach at Arsenal: Arsene Wenger. He is now FIFA’s Chief of Global Football Development. Hear ye: “We have created the FIFA Football Language, which will be our blueprint for how we analyze football in the future.”

And off we go. I will now kindly simplify matters for you by highlighting some of what I imagine must be key words in Wenger’s effusion: operational definitions, longitudinal analysis, how the game can be broken down and analyzed, football analytics, enhanced football intelligence metrics, opposition line breaks, new and insightful stats.

Maybe that doesn’t sound too great. But rest assured that the fan (and, presumably the journalist) has not been forgotten. We are told that this new analysis will “support the viewer experience,” will bring “new understanding of the game,” and will “add context to what is happening on the pitch.” More excitement, more beautiful soccer? No, no mention of anything like that.

There has always been something schoolmasterly about Arsene Wenger, an almost irrepressible urge to teach, to let everyone know that things can always be done better, or at least differently. English soccer, so long inbred and isolated from world developments, was ripe for Wenger’s teaching approach. For most of his time at Arsenal, a healthy balance was struck in which the excesses of Wenger’s schoolmasterishness were held at bay by sturdy English traditions.

Now the restraints have gone. This “new language” stuff with all its baffling words, is simply didacticism run wild. When that happens, whether it occurs in literary criticism or jazz writing, or soccer theory, boredom looms.

The intellectualization of art forms, which Larkin detects - rightly, I believe -- to be the central strand of “modern” movements, cannot be said to improve whatever it touches. What it invariably does is to make it harder to understand.

I once tried, very determinedly, to appreciate the classical composer Arnold Schoenberg. I failed completely to appreciate his atonality. I gave up. I should have paid attention to what my Dictionary of Music said: “Schoenberg makes heavy demands on the listener.”

I can’t help feeling that Wenger is treading the same “heavy demands” path. Evidently he needs help -- he tells us that FIFA now has a team of performance analysts, data scientists and engineers.

Well now, those guys, the “performance analyst” clique, have been around for quite a while. Probably all the pro teams have at least one such specimen. I’ve been watching “performance analyzed” teams for years now. And I still think Brazil 1970 was by far the best, most skillful, most exciting, most entertaining team I’ve ever seen.

I have a feeling that the criteria I’ve just listed don’t register too highly with the analysts. How do you measure excitement, anyway? Or entertainment?

Unlike the other art forms discussed, soccer is a team effort, and it is competitive. Maybe that’s the way (the only way?) to measure the success or otherwise of the analysts?

In which case, we need to know much more about the analysts the various teams are using, and what clever systems and metrics they might be using. Boring, anyone?

To get your feet back on the ground and for a really satisfying experience, see if you can get hold of Philip Larkin’s “Introduction” to his book “All What Jazz.” I’ve told you the effect it had on me. But I’ll have to admit to being amazed when I saw it described as “one of the most celebrated prose pieces of the twentieth century.”

OK, that was part of the publisher’s blurb. But try it. It beats trying to fathom Schoenberg’s twelve-tone technique. Or Arsene Wenger’s FIFA Football Language.

• Part 1: Learning about soccer -- from jazz, and from the words of a great poet

7 comments about "Part 2: Learning about soccer -- from jazz, and from the words of a great poet".
Read more comments >
Next story loading