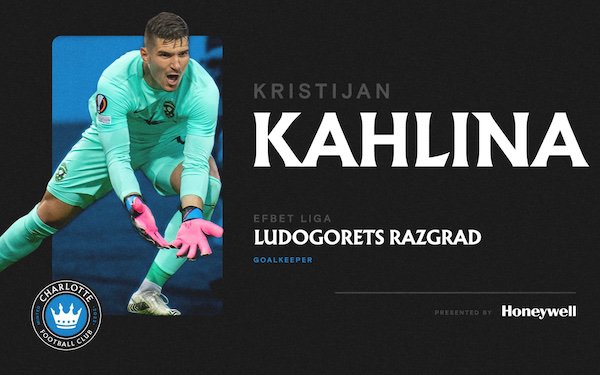 Charlotte FC, which will begin its first MLS season in 2022, signed Croatian goalkeeper Kristijan Kahlina from Bulgarian champion Ludogorets Razgrad to a contract until 2024 with an option for 2025.

The 29-year-old goalkeeper started 10 of 17 Bulgarian league games this season as well as 14 of 16 games in the UEFA Champions League qualifying and Europa League group stage.