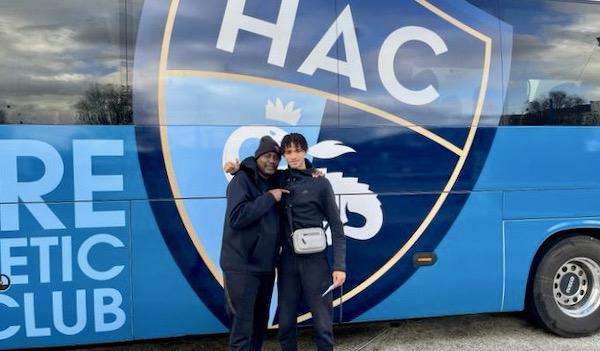 Four decades ago, Micheal “Sugar” Ray Richardson  was one of the biggest figures in basketball. After a standout career at the University of Montana, he was selected by the New York Knicks with the fourth overall pick of the 1978 draft -- two picks ahead of Larry Bird.

In just his second season, Richardson became the third player in NBA history to lead the league in both assists and steals, setting the Knicks' franchise records in both categories. Between 1980 and 1985 with the Knicks, Golden State Warriors and the New Jersey Nets, he was a four-time NBA all-star, was twice named to the NBA All Defensive First Team, led the league in steals three times, and led the league in assists once.

For fans, he was one of the most entertaining players in the game – but for the league he was controversial. The NBA implemented a hard stance with its substance abuse policy and Richardson, a native of Lubbock, Texas, was banned for life from the league in 1986. In 1988, he was reinstated, but never returned and instead opted for a long and successfully dominant career in Europe.

The athletic gene runs strong in his family and these days Richardson’s son, Amir Richardson, is a very promising soccer player in France with Le Havre in Ligue 2. Amir was born in 2002 in Nice, when his father was in the final year of his career.

From an early age, Amir Richardson had shown a lot of potential and in 2019 joined Le Havre, which is in Ligue 2 but has a reputation of being one of the top clubs in France for development. Over the past two decades, the club helped boost the careers of Paul Pogba, Benjamin Mendy, Ibrahim Ba, Jean-Alain Boumsong, Lassana Diarra, Riyad Mahrez, Steve Mandanda, Vikash Dhorasoo and Dimitri Payet. In 2016, the team nearly earned promotion to Ligue 1 when it was coached by former U.S. national team boss Bob Bradley.

In 2021, Richardson, 19, made his breakthrough with Le Havre and he became the team’s starting defensive midfielder at the start of the 2021-22 season. Through the season’s first five months, he has made a huge impact. In its midseason report, French daily l'Equipe named Richardson one of the top 5 young players in Ligue 2. Earlier this week, Richardson was named the league's top young player for December. 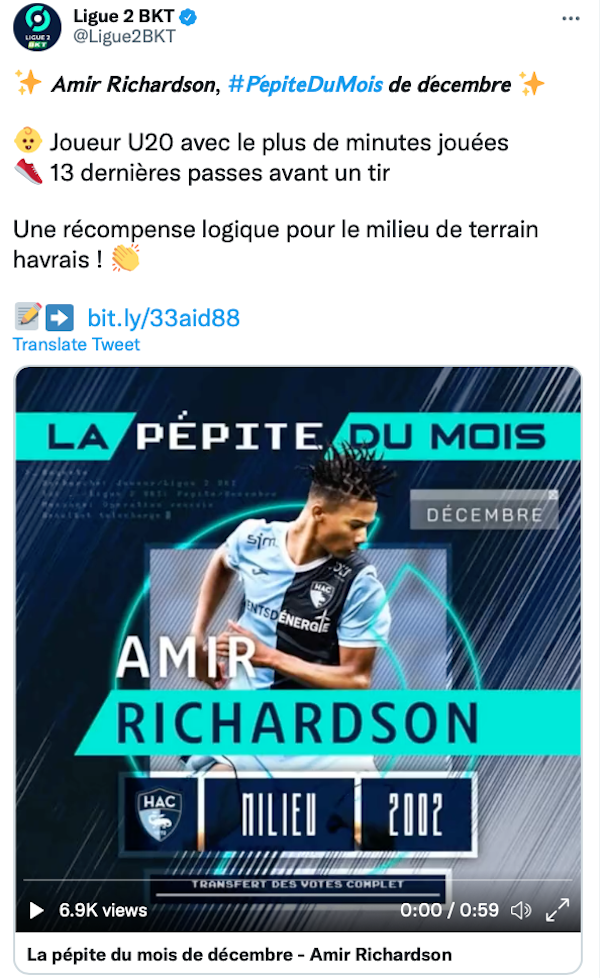 Despite fielding a very young team, Le Havre has found itself in the middle of a promotio race, sitting in sixth place, just one point out of the playoffs. On Saturday, Le Havre will host fifth place Sochaux with an opportunity to climb as high as fourth.

“This is my first season as a starter,” Richardson said with the help of his mom translating. “I have to keep working because this is what I want and I want to stay on the field and keep this job. I actually liked to play all across the midfield, and I can play either as the No. 6 or the No. 8 and I love to play defense. I've been playing mostly as the No. 6 but sometimes the coach pushes me forward more into the attack where I can carry the ball.”

“We didn't expect to be in the top five, where we are now because we have so many young players,” he continued. “But now that we are there, our big goal is to get promoted and move up.” 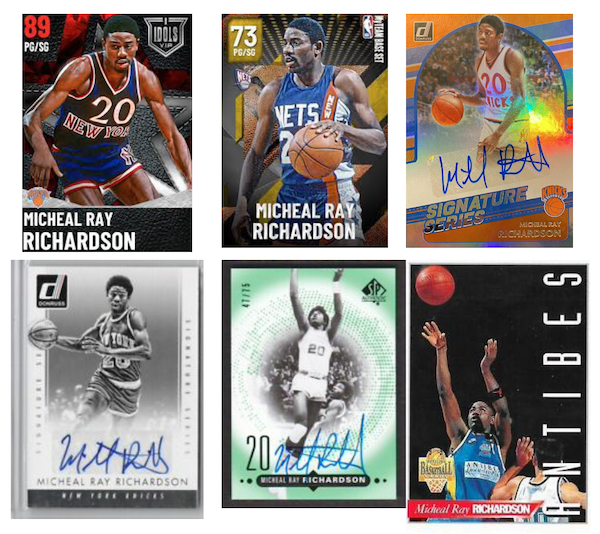 In a way, Richardson is following in the footsteps of his father albeit in different sports. Like basketball in New York, soccer in France is supreme and being a top young player in the country generates excitement and pressure.

Micheal Ray watches all Le Havre’s games from his home in Oklahoma and travels to France at least once a year to spend extended time with Amir. Growing up, Amir would spend several weeks every summer in the USA.

“When I was growing up, most of the time I would spend in France, but I went back and forth to the United States quite a bit and stayed sometimes four or five weeks,” Amir Richardson said. “I've always played in high-level French academies since the age of 10, so the summers would get shorter, and I would have too many games.”

Both Amir and Micheal Ray stand 6 feet 5 inches tall and that made Micheal Ray below average in height for the NBA. It makes Amir among the tallest midfielders in France. On the soccer field, however, it has advantages for a defensive midfielder. He can win duels and cover an impressive amount of ground. The subject of why Amir never tried basketball with his height draws laughter from Micheal Ray but the main reason why is that even with his height and athleticism, Amir always had an unusual amount of skill with his feet.

“He loves basketball,” Micheal Ray Richardson said amusingly. “During the summer when I do my camps, he would come with me in Patterson, New Jersey, or Florida and he loved it. I used to tell him, you're good with your feet, not with your hands. I told him he has great feet, but I have great hands [laughs].”

The sports are different, but the elder Richardson is still able to identify with and help advise his son how to handle the intense world of being a top professional athlete. In November, Micheal Ray traveled to France to watch Amir play for the first time as a first-team Le Havre player and it was an emotional experience for both. One that made Richardson recall the feeling of when he made the jump from Montana to find success at soldout crowds in Madison Square Garden.

“What I try to do is just instill the work ethic,” the elder Richardson said. “Because if you work hard, it will pay off. I just tell him to keep a level head and just work, then everything else will fall into place because he's really, really talented. He has unbelievable talent. ... What I try to explain to him also is that in professional sports, anything can happen because a lot of times, it's out of your hands. All you can do is do your job. If you do your job, the rest will take care of itself.”

“This year is a dream come true for me,” he added. “Just to see your son take these steps. I remember when he was a little kid and we would play with the small sponge ball, we were playing between each door. He was kicking it and I was trying to block it. Now see him fulfill his dreams is unbelievable for me. I am so proud of him.”

Amir Richardson could find himself in a position where he is in Ligue 1 next year, if Le Havre earns promotion or if the recognition he is earning in France with his unique combination of size and skill makes him a top transfer target. 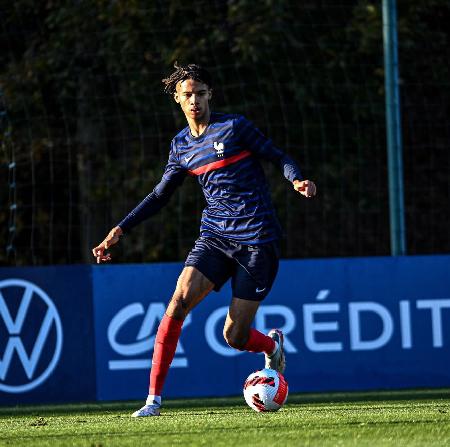 All this is not lost on the international stage. Through his parents, Richardson is eligible to play for three different countries: France, Morocco, and the United States. In October, he played with Morocco’s U-23 team but it lasted only a few days due to quarantine requirements. Then in November, he was called up to France’s U-20 team for a camp and friendly against Germany's U-20s and did well.

While he enjoyed representing France, the country where he was born, raised, and developed as a player, he was quick to point out he wasn’t closing the door on any option – including the United States, which he has yet to represent. Becoming a regular with France’s full national team is one of the hardest tasks in the sport.

When asked, however, Micheal Ray laughed. He doesn’t know what the ultimate decision will be for his son’s international future, but he didn’t hide his hopes that his son’s recent success helps him generate interest and opportunities in the United States.

“Of course I am! Of course,” the proud father answered when asked if he hoped his son would play for the United States. “I am American, and America can always use great soccer players. It would be a dream come true for me.”