Joe Cummings on helping American soccer grow at every level 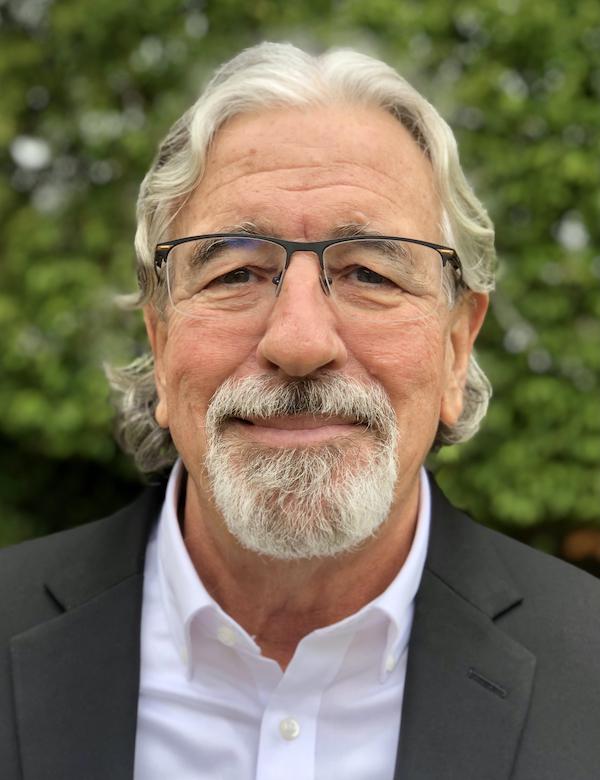 Joe Cummings  coached his first youth team in 1965, his first high school team in 1976, and his first college team in 1984. He founded the Northborough (Massachusetts) Youth Soccer Association and proceeded to work in the men’s and women’s pro game.

His career included serving as assistant general manager (1996-99) and technical director (2004-05) of MLS’s New England Revolution, and as president of the women’s Boston Breakers during their stints in WUSA and WPS, which he also served as COO during its launch. He also managed venues at the 1996 Olympic Games and the 1999 and 2003 Women’s World Cups.

Cummings is this year’s United Soccer Coaches’ Honor Award recipient. He was CEO of the association formerly known as the NSCAA in 2009-2015 and served 11 years on its Board of Directors (1995-2005), including a term as president in 2004.

Soccer entered Cummings life as 10-year-old in 1959 when a Massachusetts elementary school teacher, Arthur Mulrain, started an after-school soccer program because the sport was free-flowing and less structured than most sports. “He was probably criticized by some faculty who thought it was a ‘foriegn’ sport, but I’m so thankful for him because it was a life-changing experience,” Cummings said.

SOCCER AMERICA: Looking back, can you pinpoint the attributes of soccer that inspired you to make it such a major part of your life?

JOE CUMMINGS: The combination of the individual creative play merged with the team concept was what first drew me to it, but the ability to enjoy the sport in some way without the physical necessities limiting participation because of height or weight I found very inviting.

SA: How would you describe the importance of United Soccer Coaches (founded as the NSCAA in 1941) to the development of soccer in the USA?

JOE CUMMINGS: United Soccer Coaches and the associated rebranding capture perfectly the importance of the organization for what is now 80 years. They have brought everyone together with the common goal of uniting us all in a love of and for the game.

SA: As someone who's attended the Coaches Conventions since 1988, I've felt they've served wonderfully to bring various levels of the game together. Like giant family reunions at which there are always newcomers. I think the Conventions create an environment where people from different factions of the game who may be at odds were reminded of what they had in common. But now that the game has grown so vast in the USA -- which of course is what we hoped for -- do you think that United Soccer Coaches can continue to serve as a soccer community unifier?

JOE CUMMINGS: I feel as if United Soccer Coaches has a greater responsibility now than ever before. With so many offerings for players, coaches, referees and administrators, there must be a single organization that can and must bring them all together and that has always been and will continue to be United Soccer Coaches.

SA: What challenges did you have – for example back when you started Northborough(Mass.) Youth Soccer Association in the 1970s -- that administrators wouldn't have now?

JOE CUMMINGS: Equipment, fields, uniforms and awareness. I remember “borrowing” road cones as I was driving along highways in Massachusetts, begging for practice space, having our youth players outfitted in T-shirts but never in full uniforms and sitting with reporters educating them about the sport, hoping that in return a story or two would appear in their newspaper.

SA: Are there aspects of the youth game from your early years that the current landscape could use more of?

JOE CUMMINGS: Volunteerism was the only way our first youth programs survived and there is something in people getting involved for the general and overall good of the program, without it being self-serving. I am not sure that aspect of volunteerism exists to the degree it did when I started numerous youth programs in the 1970s and 1980s.

SA: What was high school soccer like when you coached and how do you assess its role in the evolution of American soccer?

JOE CUMMINGS: Imagine playing four quarters of 15 minutes each. Imagine games being decided by taking players off the field or goalkeepers not being able to use their hands -- yes, you heard that correctly). The early days of high school soccer were, for me, a constant battle to educate, change, and develop an appreciation for all the sport has to offer. High school soccer served an important role in doing those things and still does today.

JOE CUMMINGS: Under-appreciated for sure and I am not sure why. I always felt as if the coaches I befriended in Massachusetts were unapologetic for their engagement in the sport and I wish that more teachers and coaches felt that way.

We coach-teach soccer and should always yell that from the mountaintops and make sure everyone knows it, and never give up in doing so.

SA: What are your fondest memories of the college game?

JOE CUMMINGS: My fondest memories of coaching at College of the Holy Cross was the appreciation I developed for the balance necessary to play a Division I sport and maintain the academic load required at Holy Cross. Additionally, the families who were involved when we were on the road always made those games welcoming for me and our team.

SA: Is there anything about the college game today that you think could be improved?

JOE CUMMINGS: There is much being done by those involved in the game that will help improve it but the one I was always pushing for and it is still true today is more, more, more offseason training. I know that those involved in college soccer are working on that and I hope in time those opportunities will increase.

SA: What are your best memories from your time with New England Revolution?

JOE CUMMINGS: The opening match at the old Foxboro Stadium with over 30,000 in attendance and this feeling of “we did it!” The “we” was an inclusive group from owners, league personnel, team personnel, players, referees, stadium staff -- everyone had been engaged in that process and there was this collective celebration that first game.

SA: During the inaugural 1996 season, if someone asked you what you'd hope the league would be like in 2022, how close would your answer be to what it's become?

JOE CUMMINGS: I always “hoped” for what we have now but there were moments in the early years where we may have wondered. I look back on those who invested and will be forever grateful for the opportunity I had in New England and to Mr. [Robert] Kraft and Jonathan Kraft for believing in me and the sport.

Every time I watch a new team open up, see a new stadium constructed, or read of a player coming to MLS, I do reflect back to the early years and smile and appreciate what we have captured through the efforts of so many. 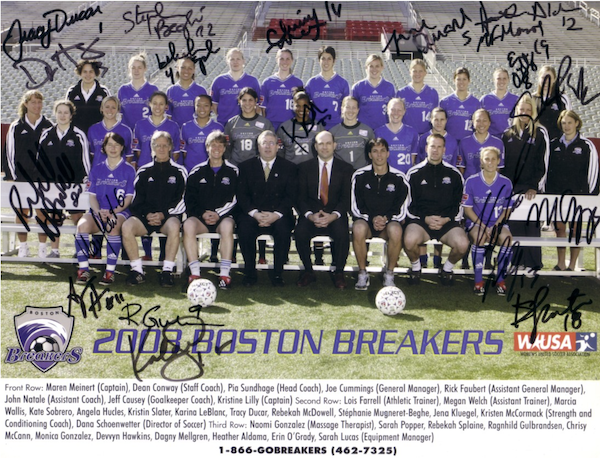 SA: Share some memories about your time as chairman with the Boston Breakers, who included players such as Kate Sobrero, Angela Hucles, Maren Meinert, Kristine Lilly. (And Pia Sundhage coached the team in 2003.)

JOE CUMMINGS: What a collection of players on the Boston Breakers of 2001-2003. There are now women’s professional leagues around the globe, but WUSA was an international league like no other.

All the best players came to the United States and in doing so adversaries became friends and that was what I remember the most. Building something from the beginning was an incredible experience for all of us but the league was always about the players!

They were the story and I got to tell that story for three years. The players you mention above I still see on occasion and it is now 20 years later but that professional experience was an incredibly unique one.

SA: In a nation as large as the USA, a profitable newcomer national pro league of either gender seems nearly impossible. Can you describe a scenario in which the NWSL beats the odds?

JOE CUMMINGS: I believe in my heart of hearts that NWSL will beat the odds. Everything about this league, even with the recent challenges, is poised to succeed; with ownership groups coming forward, a new generation of players, leaders who embrace all that is good in the sport and most importantly a clearer understanding of how everyone must be treated respectfully. Everyone. I watch from the outside with a perspective different than others thinking back over time.

SA: Can you compare the challenges you faced at the 1996 Olympic Games and the 1999 and 2003 Women’s World Cups to what such venue management is like now?

JOE CUMMINGS: In 1996, the Olympic matches were held in Washington, D.C., Orlando and Birmingham, Alabama, before the finals in Athens, Georgia.

I was the Director of Operations for the Birmingham venue before leaving to join the New England Revolution front office staff. The challenge in Birmingham was how to “sell” soccer in college football country. We did it but it had its moments!

1999 was an unknown and we all now how that story turned out. 2003 came on us very fast as China was unable to host due to SARS. I was the venue manager for the Boston (Foxboro) and Philadelphia venues so I would travel back and forth between those locations.

Venue management then and now is still centered on the volunteers. To put on a major event will always require individuals who get involved for guaranteeing that the event in their stadium, their city or their state will be a success.