Ben Bender's path to MLS's No. 1 pick: From backyard ball with brothers and Cristiano Ronaldo on TV to college ball at Maryland 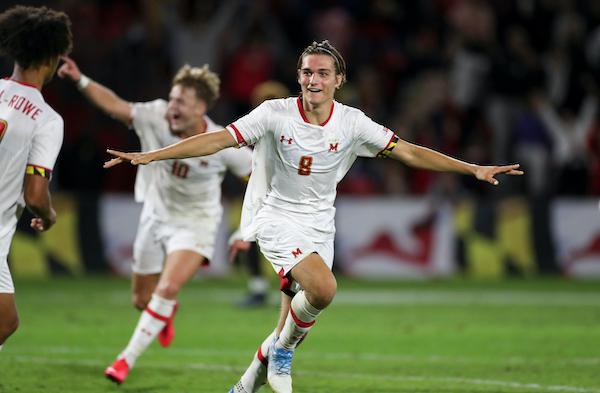 The 20-year-old Ben Bender can pretty much pinpoint when his dream of playing professional soccer started. He was 6 years old watching a 22-year-old Cristiano Ronaldo on TV playing for Manchester United.

"That was my first real aspiration of playing professionally," said Bender, a couple hours after expansion club Charlotte FC made the Baltimore native the No. 1 pick in the 2022 MLS SuperDraft.

His dream started to feel like an attainable quest when Coach Sasho Cirovski invited him to become part his University of Maryland program.

"I realized then that it was a possibility because I know that Maryland has sent so many players to MLS," Bender said. "I told myself I'm gonna put my head down, work hard and see where this takes me. Now I'm just extremely grateful for the journey and I'm excited for the future."

The soccer journey began naturally for Bender. The game was part of family life.

"My dad's a really competitive guy, he loves sports, he played soccer in high school, and soccer was always his favorite," Bender said. "And as long as I remember, I played soccer in the backyard with my brothers, chasing them and trying to compete with them."

His brothers are five and six years older. The elder, Jacob Bender, was the 2016 Division III Player of the Year for his feats at Messiah College -- where Josh Bender also starred and won the national title the following year -- and played for the USL's Charlotte Independence in 2017.

The benefits of competing against older players continued during Bender's youth soccer, when he often played two years up.

"Playing with kids who were much more athletic than me was pretty cool," he said. 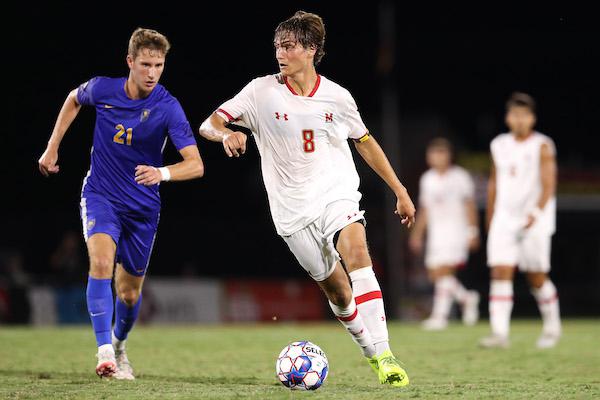 At U-14, Bender spent a season with Philadelphia Union's academy and attended the YSC Academy before returning home and enrolling at his brothers' alma mater, Calvert Hall College High School in Towson, Maryland, where he was coached by Rich Zinkand.

He played for the Baltimore Armour under coach Mike Lookingland but was able to play four years of high school ball thanks to a waiver  from the U.S. Development Academy, which expected players to forego high school soccer but made exceptions for those who "receive financial aid or were accepted into a private high school based on their participation."

"It was pretty special because it was a really good balance of spending time with my friends [playing high school] and playing in the most competitive place to play [the DA] in the U.S." said Bender, who was 2019-20 Gatorade Maryland Boys Soccer Player of the Year during his senior year at Calvert Hall.

Bender, an all-around midfielder who leaves Maryland after two seasons (29 games, 9 goals, 5 assists), is only the second U.S. product to go No. 1 in the MLS SuperDraft in the last decade. But whereas 2019 pick Frankie Amaya played for the USA in U-20 World Cup qualifying ahead of the draft, Bender had never been called up by a U.S. youth national team. He credits his performance at a Florida showcase tournament for paving his path to the Maryland Terrapins.

"I think the first time they saw me play was in the Sarasota winter showcase," he said. "Those were probably the best string of games that I put together for my Baltimore Armour team. I scored in every game down there and things just went well, and went my way. That's when they reached out. I went on a visit to Maryland, and then committed shortly after that."

Bender is the third Maryland Terrapin to go No. 1 in the MLS draft, after Leo Cullen (1998, Miami Fusion) and Maurice Edu (2007, Toronto FC) and aims to follow the path of the many who found pro success after playing for Cirovski. Fourteen Maryland alum were on MLS rosters last season, and former Terrapins in the pros present and past include Zack Steffen, A.J. DeLaGarza, Omar Gonzalez, Patrick Mullins, Graham Zusi, Robbie Rogers and Taylor Twellman.

Cirosvki is confident Bender is capable of contributing to MLS newcomer FC Charlotte: “Ben brings all the attributes necessary to succeed at the MLS level and fans in Charlotte will fall in love with his creativity, flair and love for soccer."

Bender aims to prove he can boost a midfield that Charlotte FC began building before the draft by signing players from abroad. He continues to be inspired by the player who ignited his drive.

"There are so many great players out there," he says. "It's always a hard question when I'm asked about my role models. The two players that I probably model myself off most are Xavi and Kevin De Bruyne, but I just love Cristiano Ronaldo's work rate, his desire to win. Every second of the game he's hunting to score goals and that's so exciting to watch. You see the passion and drive and how much he loves it and how he supports his teammates. He'll do anything to win a game."

As far as MLS stars?

"One of my teammates said I was similar to Michael Bradley because he has such an amazing engine, covers so much ground and contributes in various ways."

Being from the Baltimore area, D.C. United games are the ones that Bender has watched most in person. And it will be D.C. United that Charlotte FC visits for its first MLS game on Feb. 26 as Bender starts his own chapter as a pro.

college men, mls
6 comments about "Ben Bender's path to MLS's No. 1 pick: From backyard ball with brothers and Cristiano Ronaldo on TV to college ball at Maryland".
Read more comments >
Next story loading