Preseason: MLS clubs get jumpstart ahead of Concacaf Champions League 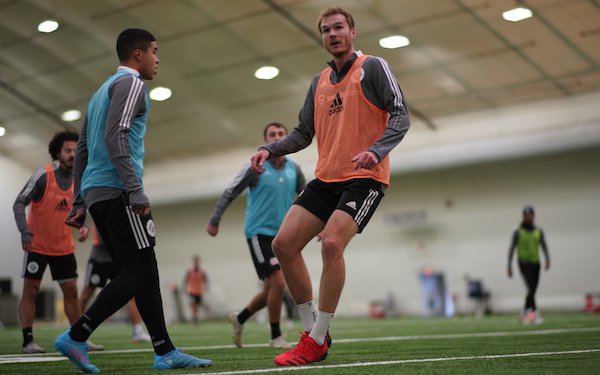 Five teams will open their seasons in less than five weeks when the Concacaf Champions League kicks off its knockout stage The following week, MLS will begin its 27th season.

The Revs will train at their training facility that opened two years ago until Jan. 25 when they leave for a two-week training camp and a pair of preseason friendlies in California against LAFC Jan. 29 and the LA Galaxy Feb. 5.

“It's gonna probably take us up until the beginning of February to get a whole group together, so it’s a real challenge,” said Revs coach Bruce Arena. “We have enough experience here with this that we're not getting too crazy about thinking we can plan perfectly for 30 days. I wasn't able to plan how you figure out taking three and a half weeks off to prepare for a playoff game last year. So we're kind of like in the same situation now except for the fact we're going to have the ability to play some practice games to get our team ready.”

Offseason moves: Young Canadian star Tajon Buchanan was sold to Belgium's Club Brugge for a club record transfer fee. Two players Arena had at the Galaxy and on the U.S. national team -- Omar Gonzalez and Sebastian Lletget -- have joined the Revs.

"Sebastian is a quality midfielder," said Arena. "He’s going to be able to, I think, help our attack. Omar is obviously an experienced defender, good communicator, and good organizer. They can be helpful. Obviously, very good near both penalty areas, which is important as well.”

Neither leg of the two-game series will be played at the home team's stadium. The first leg has been moved to San Jose since Santos’ home stadium is not Concacaf-approved. NYCFC will play its home game at LAFC’s Banc of California Stadium in Los Angeles. Yankee Stadium and Citi Field are not Concacaf-approved venues and Red Bull Arena in New Jersey is unavailable due to stadium and field work.

“It is frustrating that this home game will be played on the other side of the country," NYCFC CEO Brad Sims said. "However, with our season opener at LA Galaxy only a few days later and our inability to play at Yankee Stadium or one of our alternative home venues, we felt that this arrangement gave our club the best possible chance for two positive results that week as we look to do well in CCL and begin the defense of the title."

Offseason moves: Midfielder James Sands has headed to Scottish champion Rangers on an 18-month loan while Ismael Tajouri-Shradi was selected by Charlotte FC in the MLS Expansion Draft and then traded to LAFC. Jesus Medina, who started in MLS Cup 2021, did not have his option picked up and was reported to be in talks with Russian club CSKA Moscow. Despite all the talk of 2021 MLS leading scorer Taty Castellanos' move abroad, no deal appears imminent.

The Rapids will travel to Tucson on Sunday for the first phase of their preseason training camp and take part in the Desert Showcase, where they will face Sporting KC (Jan. 29) and the Houston Dynamo (Feb. 5) before moving on to Orlando and playing a closed-door friendly friendly against Orlando City on Feb. 11.

Offseason moves: The Rapids picked up another defender from the Columbus Crew when they traded for Aboubacar Keita. They also signed Brazilian midfielder Max Alves from Flamengo.

The Sounders open preseason Friday at Starfire Sports before heading to Tucson. They will play the Portland Timbers on Jan. 26 as part of the Desert Showcase.

The return leg is scheduled to be played at Olympic Stadium, Montreal's Concacaf home in the past.

CF Montreal should have its top two scorers, Romell Quioto and Mason Toye, back after injuries limited them to 19 and 14 games in 2021, though Toye was one of four Montreal players who missed training this week because he was in MLS Covid-19 protocols.