Landon Donovan, the embodiment of 'what it means to be loyal' 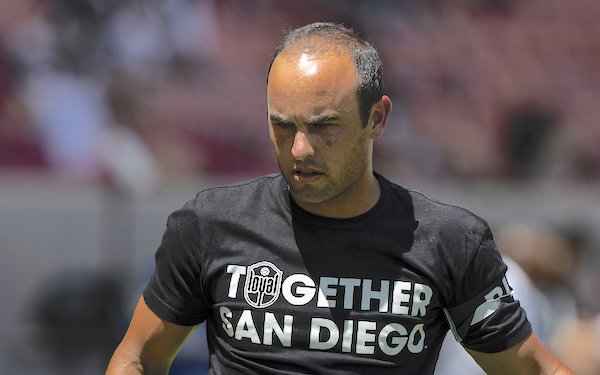 Landon Donovan will remain as San Diego Loyal’s head coach and executive vice president of soccer operations after he was granted a contract extension.

In its second season, the Loyal reached the 2021 USL Championship playoffs with a 14-12-6 record after starting the season with four straight defeats and just one win in seven games.

“Landon has embodied what it means to be loyal,” said SD Loyal chairman Andrew Vassiliadis. “We’re excited to have him continue to head our soccer operations. Under Landon’s leadership, the sky’s the limit for what can accomplish in 2022 and beyond.”

In 2020, Donovan led San Diego to a 6-5-5 record with 23 points during a condensed season due to the Covid-19 pandemic. After the first season, the Loyal's Rubio Rubin moved to Real Salt Lake. South African Tumi Moshobane, a former NJCAA and NAIA player, stepped up and led San Diego with 10 goals in 2021.

“I’m thrilled to continue what we started in 2019,” said Donovan. “Whether it’s our players, front office or coaching staff, this club is committed to growing loyalty within our community and winning on and off the field. I’m grateful for this opportunity and won’t be satisfied until we bring a trophy home to San Diego.”

usl
2 comments about "Landon Donovan, the embodiment of 'what it means to be loyal'".
Read more comments >
Next story loading