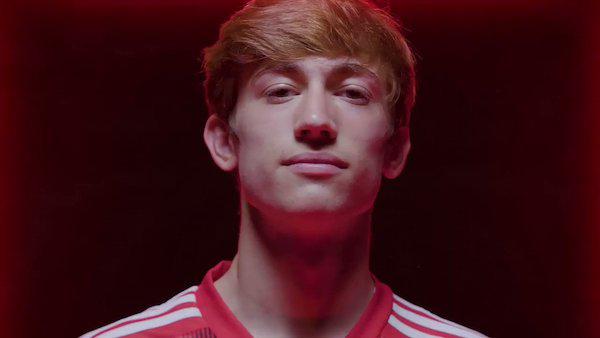 A few years ago, when MLS commissioner Don Garber  said he hoped the league would become more of a selling league, it marked a turning point. His words weren’t empty because in the years that followed, the league’s teams have sold more top young domestic players, bought younger players for future sales, and continued to invest heavily in academies and developmental infrastructure.

As these players leave, doors become open for yet another generation of American players throughout MLS. With the league now in a youth-oriented direction and with U.S. youth national teams back in full swing, opportunities are there for young players.

Just before Christmas, the New York Red Bulls announced the signing of Daniel Edelman to a Homegrown deal. It was an important signing for the club that has historically been among the more successful teams in MLS at developing top young players.

Edelman, 18, is currently viewed as a key part of the U.S. U-20 team and likely the team’s starting defensive midfielder. Earlier in the month, the Red Bulls lost team captain Sean Davis, a defensive midfielder, via free agency, which should open the door for Edelman to see playing time.

Edelman might not be the immediate replacement for Davis, but there is a strong possibility he could grow into that position sooner than later. For now he will have to compete with will have to fight for playing time as Dru Yearwood, Cristian Casseres, Frankie Amaya, and the newly acquired Lewis Morgan for minutes.

A native of Warren, New Jersey, Edelman grew up going to Red Bulls games, but it wasn’t until 2020 when he joined the team’s academy from PDA, a top youth club in New Jersey. The Red Bulls offered a clear pathway that began with the club’s reserve team in the USL Championship. The move paid off immediately for Edelman who made his USL debut in 2020 and then became a key player in 2021 where he made 30 appearances, including 28 starts, for 2,486 minutes on the season. That December he inked a full Homegrown deal.

“As a young kid, they were the main team that I had followed and was able to go watch frequently,” Edelman said of the Red Bulls. “They were the biggest soccer team in the state, and I think it was super beneficial to me to watch these guys when I was at a young age and really aspire to be them.

“I had gone with my dad and my grandfather to a bunch of games, and it was like: 'Hey, that would be amazing if I could step on that field someday…’ It's a great feeling and now I have the opportunity to do the same.”

What sold Edelman on signing for the Red Bulls wasn’t just the USL opportunities and the pathway to the first team, but it also the possibility to move to Europe in a few years.

Red Bull owns various teams throughout the globe with RB Leipzig being the flagship, and Red Bull Salzburg being the perennial Austrian champs now in the Champions League knockout stage. A common theme throughout all Red Bull teams, however, is a formula that centers around young players - develop, play, win and sell (sometimes within Red Bull’s organization).

“Going through the Red Bulls academy, one of the biggest attention grabbers for me was a bigger goal beyond it -- this pathway to Europe,” Edelman said. “That's been a goal of mine since I was a little kid. Playing in Europe -- a way to get there. 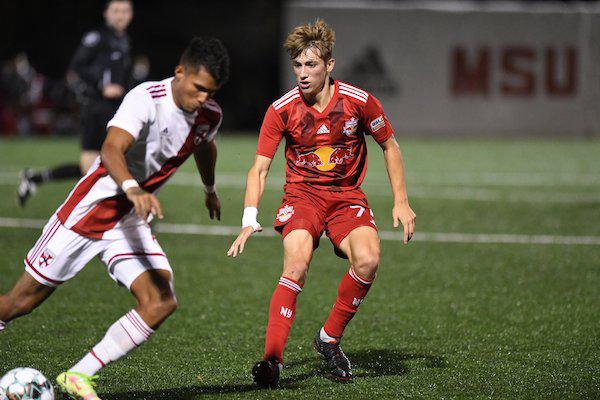 “With Red Bulls, it was local, it was close to me and made the most sense. It was time for me to make that jump to an MLS club and to join them. It was only going to help me and really keep adding to my game. Obviously, joining the academy led me to getting an opportunity with the USL team, which now had me going up against men. And it starting to get more and more real. It was definitely the right call to join the academy and sort of keep getting exposed to where I am now.”

This year, Edelman will also have dual responsibilities. In addition to the New York Red Bulls, he will also have an important task ahead with the United States U-20 team coached by Mikey Varas. This summer, the U.S. U-20 team will take part in a critical tournament for U.S. Soccer that will serve as qualifying for both the 2023 U-20 World Cup and the 2024 Olympics.

The U.S. men’s team has failed to qualify for three straight Olympics and returning to that tournament, especially two years ahead of hosting a World Cup, is seen as extremely important for both building public enthusiasm over the program and helping develop players near the national team level.

“The only goal and the main goal for us right now is to qualify. That's something that coach Mikey Varas had spoken: 'Let's focus on one game at a time, and we do what we can to get the best result in this game.’ Looking forward, it's going to be it's going to be so crucial for us to do everything we can to qualify."

The 2003-born class of American players has already yielded impressive talent. Pepi was sold by FC Dallas to Augsburg for a transfer fee that could reach $20 million. Kevin Paredes impressed mightily with D.C. United in 2021. Paxten Aaronson and Jack McGlynn helped Philadelphia continue to be one of the better teams in the Eastern Conference. Cade Cowell stood out for stretches with San Jose.

Edelman is certainly a member of this talented class and the 2022 season along with the U.S. U-20 team will be their next test.

After top U.S. youth national teams were essentially paused in January 2020 due to COVID-19, they restarted in November. The U.S. U-20 team participated at the Revelations Cup in Mexico just days after Varas was hired. The U.S. team lost to Brazil in the first game, tied Colombia and narrowly lost to Mexico to conclude the tournament.

“It was huge for me and those guys to really be back in that group again and in that environment where with your respective clubs maybe some guys don't see it the way that we do at the camp,” Edelman said of the Revelations Cup. “It’s very beneficial for all of us to be battling with each other and play together again. The chemistry and the tactics, it was definitely tough to learn with the time that we had.”

“We barely had any trainings together,” he added. “I think from the first game to the second game, it got so much better. Then in the last game it got even better. The results obviously weren't there. But I think this group has so much potential. We're going to have so much more time to train and prepare.”

The team generally improved as the tournament progressed and will convene in Florida later this month for the second camp of the cycle. Edelman is set to be part of that team.

Edelman hopes that 2022 will be a year of breakouts on multiple levels but that will be a step-by-step process. For now, that will start with the Red Bulls who will open for preseason this month.

“I'm just excited to be joining the team for the 2022 season,” Edelman said. “I've been looking forward to it. I think it is definitely the next chapter in my life. It was great starting out in the USL and playing all those games and really helping me develop as a player. As the season nears and preseason, I'm just going to look to do everything I can to help this team grow and keep improving.”