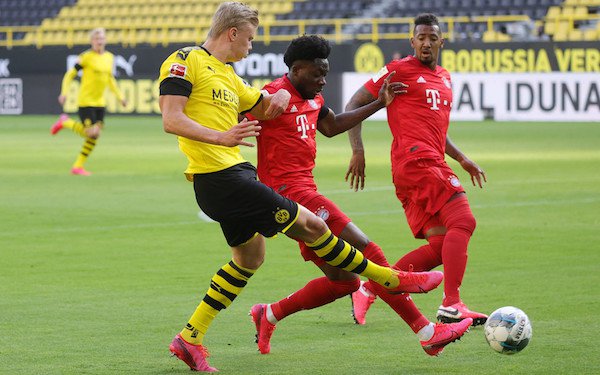 Bayern Munich's Alphonso Davies, considered the best player in Concacaf, has been sidelined with a mild case of myocarditis, an inflammation of the heart muscle, after contracting Covid-19.

"With Phonzy, when we did our follow-up examination yesterday that we do with every player that has had Covid-19, we detected signs of mild myocarditis, i.e. an inflammation of the heart muscle," Bayern coach Julian Nagelsman said on Friday. "He'll sit out training until further notice. He won't be available, also in the coming weeks. The ultrasound shows this myocarditis isn't so dramatic but it's a sign of myocarditis. Still, it has to heal and that will definitely take some time."

Myocarditis is usually caused by a viral infection. A severe case can weaken the heart, leading to a stroke or heart attack.

Bayern Munich has games at FC Cologne and Hertha Berlin before the Bundesliga breaks at the end of January.

Later on Friday, the Canadian Soccer Association announced that Davies will miss Canada's three World Cup qualifiers, including the Jan. 30 match against the USA in Hamilton, Ontario. Canada will also play at Honduras Jan. 27 and at El Salvador on Feb. 2.

After eight games, Canada, which hasn't qualified for the World Cup since 1986, was the surprise leader, one point ahead of the USA and Mexico.

In Canada's 1-1 tie with the USA on Sept. 5 in Nashville, Davies set up Cyle Larin for the tying goal with a run down the left wing. He has scored five goals in 13 qualifiers. The only qualifier he missed was the 3-0 win over El Salvador on Sept. 8.

Davies, 21, joined Bayern Munich from the Vancouver Whitecaps in 2019. Since then, he has won seven German titles with Bayern, which also won the 2020 UEFA Champions League.

Jonathan David, who has scored seven goals for Canada in World Cup qualifying, recently tested positive for Covid-19 but has been cleared to again play for French champion Lille.