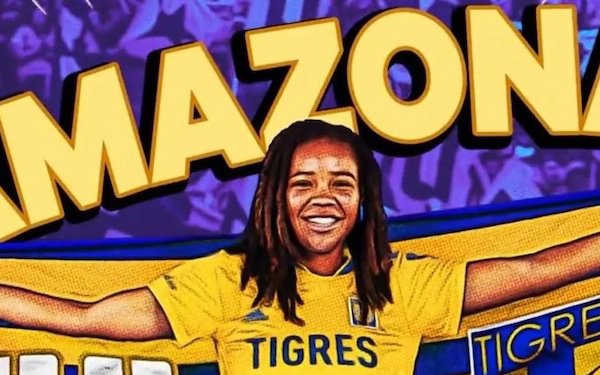 Mia Fishel, the UCLA star who announced before the 2021 college season she would turn pro after her junior year, has signed with Mexican club Tigres.

“It’s always been my dream to make history, to open doors in places that I didn’t think would let me in, because that’s what being a woman athlete is all about,” Fishel said. “I’m excited to join this team to continue to create change on and off the field and inspire the next generation together.”

The move comes less than a month after Orlando Pride selected the 20-year-old Fishel with the fifth pick in the 2022 NWSL Draft. What makes the move more surprising is that the Pride's new coach is Amanda Cromwell, Fishel's coach at UCLA, where she scored 32 goals -- 16 of them match-winners -- in three seasons.

A new chapter in my life  I'm all about disrupting the norm and taking charge of your life. Doing what you believe is right for you. Excited to join @tigresfemeniloficial as my first professional team! Hoy soy Amazona  Estoy lista, Incomparables! #10 pic.twitter.com/2Esx0JxiNR


Fishel, a finalist for 2020 and 2021 U.S. Soccer Young Female Player of the Year awards, had recently been called up for a U-23 women's camp later this month in Austin.

Tigres is one of the best supported women's teams in the world. It drew 36,843 fans for the second leg of the Torneo Apertura final against city rival Monterrey, which won the title in a shootout. The first leg drew 34,191 fans at Las Rayadas' home stadium. Tigres drew three crowds of more than 25,000 fans to give them three of the eight largest women's soccer crowds in the world in 2021.

Each Liga MX Femenil club is allowed two foreign players. When it first started in 2017, it did not allow foreign players of any kind. In its third season, it allowed foreign-born Mexicans, opening the doors to the many Mexican-Americans in the college and youth ranks. This is the first season other foreigners are allowed.