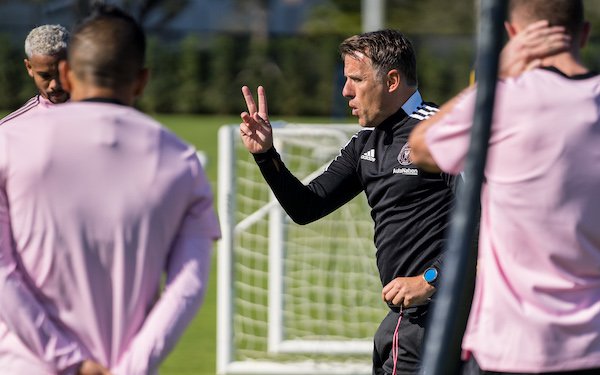 Inter Miami opened training camp for its third MLS season on Monday, and most of the team from last season is gone.

In a league where only a small portion of players have long-term guaranteed contracts and turnover is often high, Inter Miami's house-cleaning was exceptional.

Of the 32 players it had under contract at the end of the 2021 season, just 19 had contracts for 2022, and of them, six have been traded (Christian Makoun to Charlotte FC and Lewis Morgan to the New York Red Bulls), loaned out (Julian Carranza to the Philadelphia Union, Leandro González Pirez to River Plate and Rodolfo Pizarro to Monterrey) or retired (Ryan Shawcross).

Of the 13 left, at least two players (French World Cup 2018 champion Blaise Matuidi and Argentine defender Nicolas Figal) aren't expected to be with the team when it opens the 2022 season Feb. 26 at DRV PNK Stadium against the Chicago Fire.

The reasons for starting over involve both on-field and off-field issues. In May 2021, Inter Miami was hit with the stiffest fine in MLS history -- $2 million -- for violations of league rules on how much teams can spend on players. But on top of that, the amount of allocation money it has to spend -- money used to get player compensation below league thresholds -- was reduced by more than $2 million over the 2022 and 2023 seasons.

The Herons ranked 21st out of 27 teams in MLS with a 12-17-5 record marked by a pair of six-game losing streaks in the spring and fall.

“I always felt we were never a team,” second-year coach Phil Neville said on Monday, his team's first day of practice. “We were always a team where individuals felt they were more important than the team.”

Of the 11 players who played the most minutes in 2021, as few as three could be back: Dutch goalkeeper Nick Marsman, who arrived in July from Feyenoord, Brazilian midfielder Gregore, Inter Miami's best player, and Argentine striker Gonzalo Higuaín, who joined Inter Miami for the last part of its 2020 season.

Higuain, whose older brother, Federico, retired, led the Inter Miami attack with 12 goals. Neville was impressed with how Higuain looked on the first day of training, an indication, he believes, of his star's motivation to turn things around. 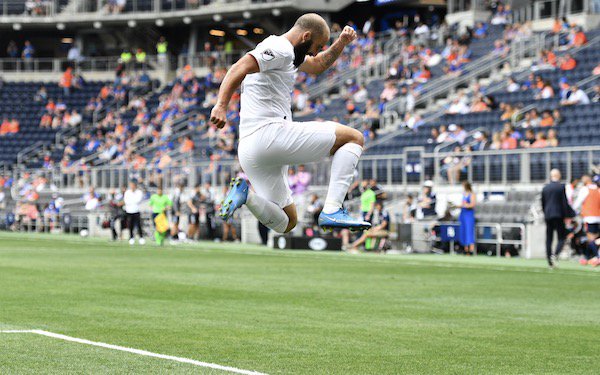 To win, Inter Miami needs to fill holes all through its lineup, both in attack, which tied for the second worst in MLS in 2021, and on defense.

Three players have emerged as the most promising additions:

-- Jamaican Damion Lowe, whose father, Onandi Lowe, played in MLS, was drafted by the Seattle Sounders out of college (Hartford) but has spent most of career with teams in the NASL and USL and overseas (Norway and Egypt). He's only 28 and has started six of eight World Cup 2022 qualifiers for Jamaica at center back.

-- Another center back is 20-year-old Jairo Quinteros, who spent 2021 on loan to Bolivar in his native Bolivia and impressed in play for both club (nine starts in the Copa Libertadores and Copa Sudamericana) and country (seven starts in World Cup qualifying).

-- Jean Mota, 28, will operate in midfield along with fellow Brazilian Gregore. He is one of the most experienced Brazilians to arrive in his prime in MLS with 199 matches over the last six seasons for Santos, the Serie A runner-up in 2016 and 2019. He has also made 33 appearances in South America's two club competitions.

Along with Marsman, Gregore and Higuain, Lowe, Quinteros and Mota are a start of a solid nucleus, but there's a lot of work sporting director Chris Henderson has to still do to position Inter Miami to be a playoff contender in 2022.