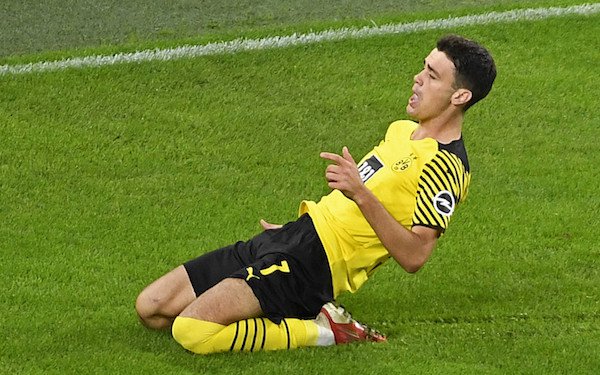 Gio Reyna hasn't played since being injured in the USA's 0-0 tie at El Salvador on Sept. 2, and it's likely the USA will have to wait until the final World Cup 2022 qualifying window in March — a gap of more than six months — before its 19-year-old star returns to the national team.

Reyna, who scored one goal and assisted on another in the USA's 3-2 win over Mexico in the 2021 Concacaf Nations League final, has been training with Borussia Dortmund since the end of November after being sidelined with a hamstring injury. Earlier in November, Dortmund coach Marco Rose said the layoff was longer than anticipated because Reyna's tendon and nerves were affected by the injury.

At first, it was thought Reyna might return in January following the short holiday break, but he did not dress for Dortmund's first two games -- a 3-2 win at Eintracht Frankfurt and 5-1 victory over Freiburg.

On Monday, Rose said Reyna had "lost something over time" in terms of his fitness, and the American likely would not play for Dortmund in its DFB Pokal match against St. Pauli on Tuesday or its Bundesliga match against Hoffenheim on Saturday, its last two games before the international break to allow confederations to play makeup games on their World Cup 2022 qualifying schedules. 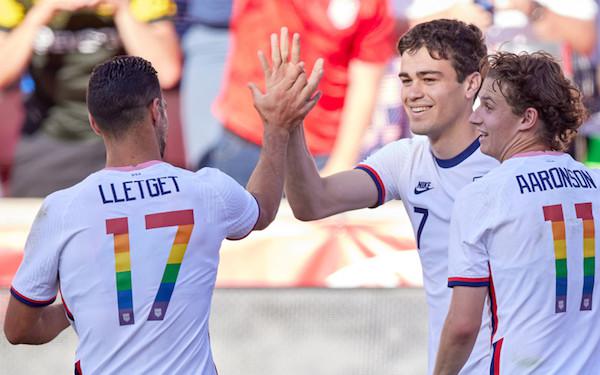 The USA has three games in Concacaf, which was forced to delay the start of qualifying by a year due to the pandemic. It's unlikely U.S. coach Gregg Berhalter, who grew up with Reyna's father, Claudio, in New Jersey, would call up his young star if he had not returned to action with Dortmund.

"Gio Reyna is on the right track overall," Rose said, "but, of course, he has lost something over time. We have to get him playable and fit to play. Without wanting to promise too much, let's aim for the break after TSG vs. BVB [Hoffenheim vs. Borussia Dortmund] to get him fully fit again."

Dortmund sits comfortably in second place in the Bundesliga, six points behind nine-time defending champion Bayern Munich after 19 games. Its first game after the international break is Feb. 6 against third-place Bayer Leverkusen. It has a busy February on top with four Bundesliga games and two Europa League games against Scottish champion Rangers, Claudio Reyna's former club, over 22 days.

In his first full season with Dortmund, Reyna played 46 games in all competitions, finishing with seven goals and six assists. He was moved from the front-line into midfield for the start of the 2021-22 season and scored two goals in three Bundesliga games before being injured.