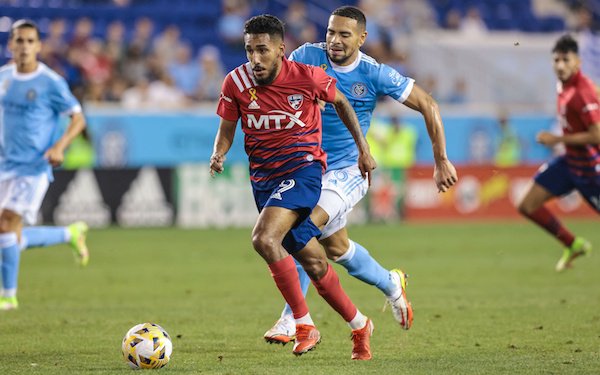 That's five deals over the last two years for in excess of $30 million.

But FC Dallas will keep one of its young stars at home, at least for now.

Jesus Ferreira made history on Monday when FC Dallas signed him to a a new four-year contract with a club option for the 2026 season.

The 21-year-old forward follows in the footsteps of his father, David Ferreira, the 2010 MLS MVP. They are the first father and son who have both held DP contracts in MLS. (Jesus Ferreira's is as a Young DP, so only $200,000 of his salary will count against the FC Dallas salary cap.)

Jesus Ferreira's re-signing sets another milestone. He becomes the first player who signed a Designated Player contract on the team that he began as a Homegrown Player. DPs Gyasi Zardes (Columbus) and Djordje Mihailovic (CF Montreal) began their MLS careers as Homegrown Players at the LA Galaxy and Chicago Fire, respectively.

FC Dallas failed to make the MLS playoffs in 2021, but Ferreira enjoyed his best MLS season with eight goals and nine assists. It followed a poor 2020 campaign during which he managed only one goal and one assist in 19 games.

Ferreira first joined the FC Dallas academy at the age of 8 — when his father signed with FC Dallas — and signed his first pro contract when he was 15. He made only two appearances in his first three seasons before playing in 33 of 34 games in 2019 when he finished with eight goals and six assists.

Ferreira scored two goals and added three assists in the USA's 7-0 win against Trinidad & Tobago in its first game in 2021 and second senior appearance. His play with FC Dallas led to his recall for the two World Cup 2022 qualifiers in November and he appeared in both matches against Mexico and Jamaica.

On Tuesday's media call to kick off the preseason, FC Dallas technical director Andre Zanotta said he was impressed with Ferreira's growth.

"What amazed me and what really impressed us in this last three years that I've been with him is how much he matured, how much he grew," said Zanotta. "Not only in his performance on the pitch, but also mentality and how much he's focused on the game now and he understands very well what he needs to do."

Ferreira is no stranger to new FC Dallas head coach Nico Estevez. The Spaniard served as an assistant coach under Gregg Berhalter and worked with Ferreira off and on over the last two years, since the Colombian-born forward gained U.S. citizenship, making him eligible for selection to the national team.

"I had many conversations with Nico throughout the process about Jesus and conversations in the past with Gregg," added Zanotta, "and we see the direction that Jesus is going is amazing." 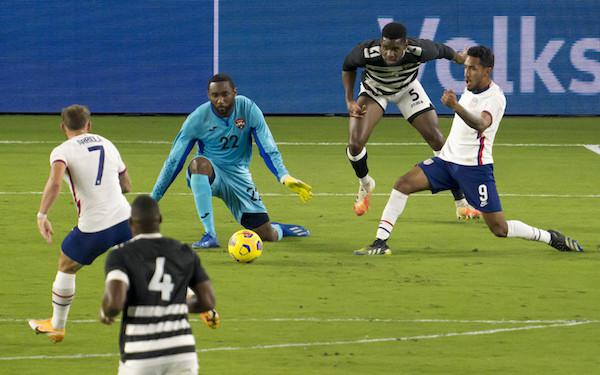 Ferreira will need a partner in the FC Dallas attack, following Pepi's departure to the Bundesliga after a breakout season in 2021. The money from Pepi's transfer fee -- reported to be upwards of $20 million -- won't all be available at once.

"We'll be paid out over three years," FC Dallas president Dan Hunt said on the media call, "but we're taking those proceeds and immediately re-investing them in the product on the field."

He termed the spending a process that will play out over this season and next.

"We will add players now," he said. "We'll try to add a player or two in the summer potentially and then there will be players that you add next year and you have to think about how that works. But we have complete faith in what's going on and really excited and energized for this coming season."