Remembering the great Paco Gento: My teammate for a day 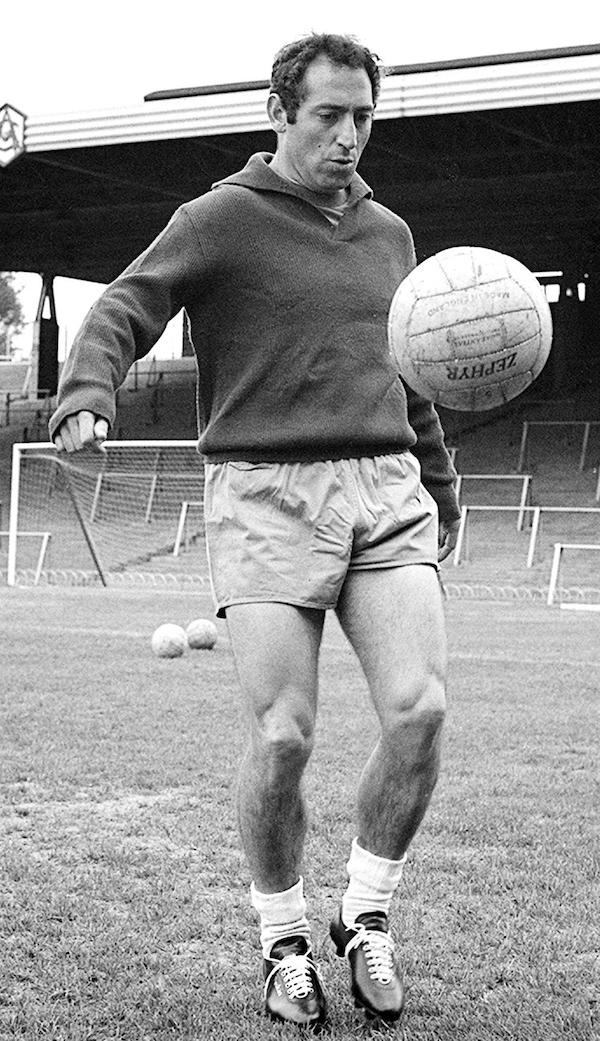 
That's what I yelled when I uncharacteristically entered the fray as a couple opponents got into a chest-puffing shoving match with my stocky 5-foot-7 teammate after he reacted angrily to getting fouled.

Though usually one to head a different direction when the danger of a fight emerged on the field, I wasn't about let these guys have a go at one of soccer's greatest players ever. Whether our foes retreated because we intimidated them or they realized they were messing with a man whose name demanded respect, I don't know. But the situation de-escalated quickly in this game that took place on Feb. 27, 1989, in Jeddah, Saudi Arabia.

I was a 24-year-old Soccer America writer covering the U-20 World Cup who back then would pack cleats in case a playing opportunity, such as a media game, arose. Francisco "Paco" Gento was a 55-year-old who 18 years earlier played his last game for Real Madrid.

On the day before the Bob Gansler-coached USA fell, 2-1, to Nigeria in an unprecedented run to the semifinals, our Saudi hosts set up a game that pitted local media and event staff against foreign media. Among my teammates were journalists I had met earlier in the tournament, including an Iraqi who also lamented the lack of postgame beer, South Americans, Europeans and Africans. As we warmed up, the man taking charge of our squad was the great Gento. He was at the tournament scouting for Real Madrid and hanging around with Spanish journalists.

It's one thing to meet a legend. And quite another thing to line up next to one on the frontline. To impress Gento, after the Saudi crew kicked off, I sprinted around on all cylinders. Gento gestured to me to calm down. After that, whenever I got the ball, I would look first to deliver it to Gento.

I cannot remember the final score, but I'll never forget Gento's gestures and smiles that assured me we combined well. This was long before smart phones and social media, or else I would have posted the experience -- "I played with Gento!" -- and selfies with me and Gento shortly after the final whistle. Upon my return to the hotel lobby, I was glad to encounter U.S. assistant coach Ralph Perez and force him to listen to a play-by-play of my greatest game. 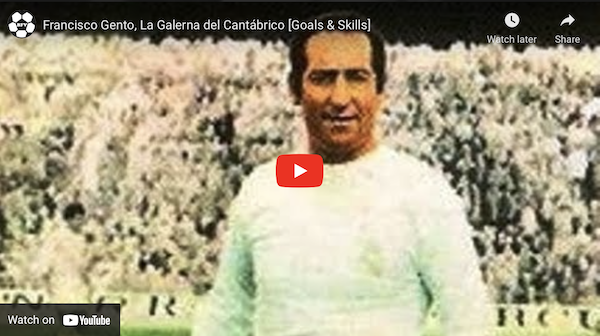 Gento died on Tuesday at age 88.

The sad news was accompanied by accounts of glory that include the unmatched accomplishment of six European Cup titles: Real Madrid's five straight in 1956-1960, and a sixth time in 1966. (Argentine teammate, Alfredo Di Stefano, whose goals left winger Gento so often set up, lifted the first five. Hungarian Ferenc Puskas was part of the amazing trio for European Cup titles in 1959 and 1960, and celebrated with Gento in 1966.)

He was born in the Cantabria town of Guarnizo -- hence the speedster's nickname La Galerna del Cantábrico (the Gale of the Cantabrian Sea) -- and debuted at the top tier with nearby Racing Santander in 1953. The 19-year-old was called up to the first team when its squad was undermanned because of a flu virus for a game against Real Madrid, which signed him three days later.

In Saudi Arabia, when I first met Gento and queried him on U.S. players, he responded without having to think about it. He said striker Steve Snow, defender Troy Dayak, goalkeeper Kasey Keller, and midfielder Dario Brose impressed. All four could play at least in Spain's second division, said Gento.

It marked the first time I’d heard praise for young American talent from a soccer legend.

When we crossed paths again, he told me he'd give Real Madrid a list of three players to consider without revealing their names, but that one was an American. Later in the conversation, he asked me where Snow was from. When I told him Illinois, Gento said Snow played "as though he has South American blood."

Snow's career ended shortly after the 1992 Olympics and a stint in Belgium during which he suffered a severe knee injury. I recently learned Gento tried to lure a 19-year-old Argentine Diego Simeone to Real Madrid, but his team, Velez Sarsfield, had already promised him to Serie A club Pisa. Real Madrid ended up signing Mutiu Adepoju and Christopher Ohen from the Nigerian team that finished runner-up to the Carlos Queiroz-coached Portugal, whose Joao Pinto went to Atletico Madrid.

Gento's work as a scout may have been a small part of his career, but one I'm grateful for. It resulted in the most cherished compliment of my playing "career." When I volunteered to take a break as teammates on the sideline asked to enter, Gento said to me:

spain
8 comments about "Remembering the great Paco Gento: My teammate for a day".
Read more comments >
Next story loading