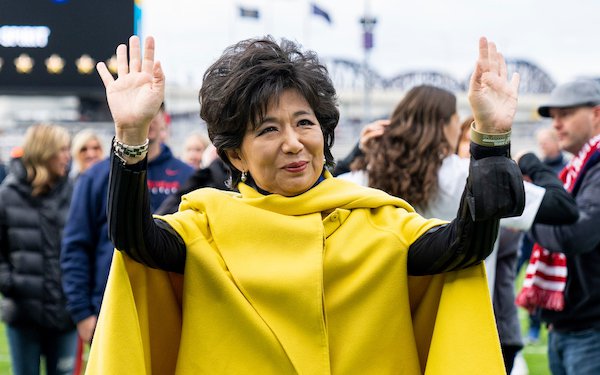 Who controls the Washington Spirit?

That question has hung over the NWSL club for months as controlling owner Steve Baldwin and Y. Michele Kang have been at loggerheads for months over the sale of the team.

Kang has offered $35 million to buy the Spirit, but Baldwin entered into exclusive negotiations with a group headed by billionaire Todd Boehly to sell the club for $25 million. Baldwin, who bought the Spirit ahead of the 2019 season, has shown no interest in selling to Kang.

The latest twist to the saga: A group of Washington Spirit investors who held non-equity and non-voting positions with the team -- promissory notes -- converted their interests into full equity shareholders and as such, became voting members of the club. They had threatened legal action against Baldwin if he did not sell to Kang.

Those conversions were approved by the NWSL board of governors, which in turn approved the transfer of certain equity stakes to Kang, providing her with additional shares, though, the league stressed, not a majority or controlling interest.

The NWSL board of governors left it up to the Spirit to determine whether Kang has sufficient support of its voting members to become the Washington Spirit's controlling owner.

In October, Spirit players asked Baldwin to sell his interest in the club following an investigation into Spirit management, which found it had violated the NWSL’s safe workplace or anti-harassment policies. Baldwin stepped down as CEO and managing partner and appointed president Ben Olsen to run the club. Head coach Richie Burke, who had stepped aside earlier in the season, was fired for cause.

Except for two forfeits due to violations of the NWSL's Covid protocols, the Spirit did not lose a game under interim coach Kris Ward and won the NWSL championship for the first time.

On Saturday, the NWSL board of governors issued a statement in support of Kang's efforts ...

“Our collective focus is to create the best environment for the Washington Spirit players, fans, and team employees, and to operate the NWSL in a manner that supports excellence on the field of play and in front offices around the league. Our priority is determining what is in the best interest of the NWSL, Washington Spirit, its players, and the D.C. soccer community. We believe Y. Michele Kang is fully committed to elevating this club and delivering for its players and it is now a matter for WSP shareholders to determine who holds a controlling interest. We are committed to allowing the required ownership process to be resolved in the appropriate, orderly manner. We will provide any additional updates once that process has taken place.”