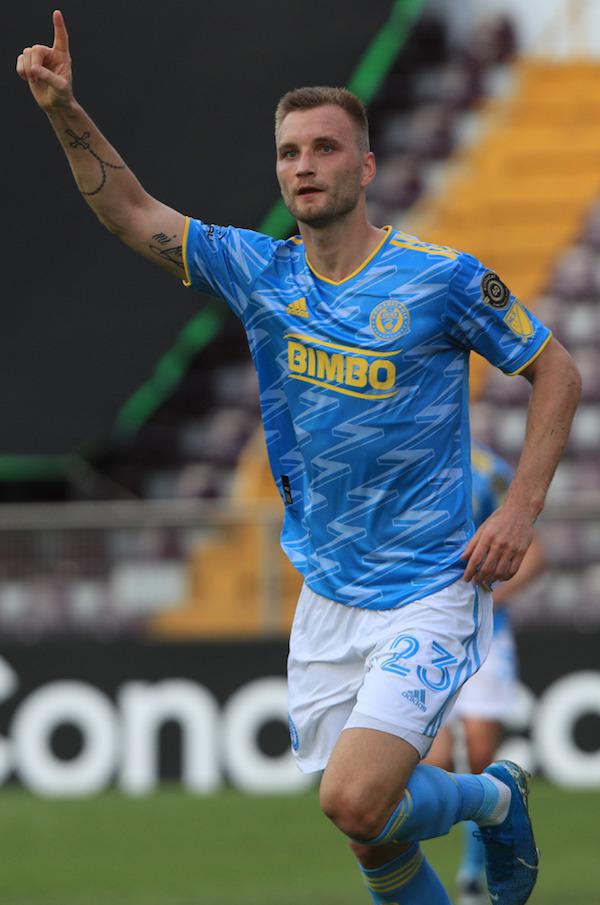 Kacper Przybylko, who scored 35 goals in three seasons for the Philadelphia Union, has been traded to the Chicago Fire for $1,150,000 in General Allocation Money.

Philadelphia will receive $575,000 in GAM in 2022 and $575,000 in GAM in 2023 for Przybylko, who led the Union in scoring in each of the last three seasons. Only Atlanta United's Josef Martínez (38 goals) and Seattle's Raul Ruidíaz (37) scored more goals than 28-year-old Przybylko. He also added five goals for the Union in its run to 2021 CONCACAF Champions League semifinals.

Robert Beric and Luka Stojanovic led the Fire with eight goals each in 2021. They aren't returning for the 2022 season.

“We’re very pleased to add a player of Kacper’s caliber to our roster,” Chicago sporting director Georg Heitz said. “Going into the offseason, we wanted to sign a top attacking player with MLS experience and Kacper has been one of the most effective goal-scorers in this league over the last three seasons. With his physical attributes and knack for scoring goals, we believe that he will be a great addition as we continue to build a talented roster for 2022 and beyond.”