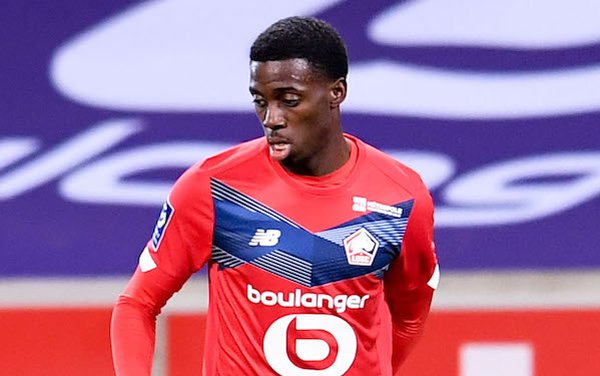 Tim Weah and Sergino Dest started their first games since early December ahead of their arrival in the U.S. national team camp for the three World Cup 2022 qualifiers, beginning Thursday against El Salvador in Columbus, Ohio.

Weah started for Lille in Saturday's 2-0 loss at Brest that ended its unbeaten streak in all competitions that extended back to late October. His grade of "5" was the best given by L'Equipe to Lille's front 6 in what was a disappointing performance by Les Dogues.

On the Wednesday night before, Weah entered in the 68th minute of Lille’s 3-1 win over Lorient, his first appearance since suffering a quad injury that sidelined him since Dec. 1.

Dest had not played for Barcelona under new coach Xavi since a UEFA Champions League match against Bayern Munich in which he struggled against Canadian Alphonso Davies. Dest started at right back in place of Dani Alves in Barca's 1-0 win at Alaves.

Of the 15 European-based players included in the 28-player squad, 12 played this weekend. Christian Pulisic and Zack Steffen dressed but did not play in England while Brenden Aaronson's Red Bull Salzburg continued its preparations for the restart of Austria's Bundesliga with its third test match. Aaronson played the last 58 minutes of the 120-minute scrimmage.

The good news is that all 15 players will have passed their most recent Covid-19 test in order to play. They will need another negative test result within one day of their flight’s departure to the United States and another one to begin training.

Canada, which leads the USA by one point in the Octagonal, will be without Davies for its three games, including the match against the USA on Sunday in Hamilton, Ohio. He is sidelined with a Covid-related heart issue. Portugal's O Bola reported that Canadian midfielder Stephen Eustaquio, who plays for Pacos Ferreira, tested positive for Covid-19 on Saturday and will miss the winter window.