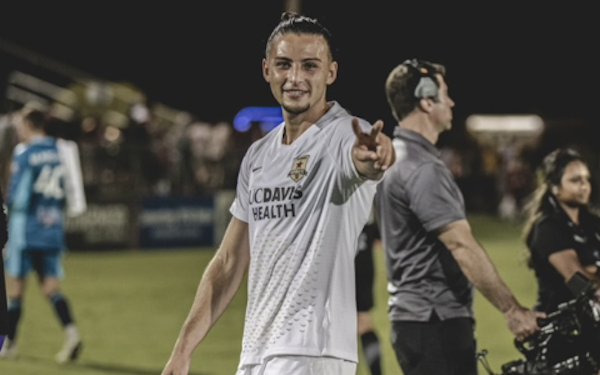 Hayden Sargis, one of the top young players to come out of a USL academy program, has been transferred from Sac Republic FC to MLS's D.C. United.

Sargis, 19, signed on a three-year deal through 2024 with options in 2025 and 2026. The Washington Post reported that United has paid a $25,000 transfer fee that could rise if Sargis hits certain performance benchmarks.

The center back first joined the Sac Republic academy in its inaugural 2015 season and signed a USL Academy contract in 2019. In January 2020, he signed his first pro contract. In two years as a professional with the first team and one while still in the academy, Sargis started 35 games and was nominated for 2020 USL Young Player of the Year.

“Hayden is a talented player, and an even better person who represents everything we are about in Sacramento," said Republic FC president and general manager Todd Dunivant. "We have no doubt that he will go on to do great things in his career and will forever be a shining example of our indomitable club. He is a glowing example of the top-tier talent in Northern California and further proof that our academy player pathway allows for players to reach their highest potential.”

Sac Republic FC was announced in October 2019 as MLS's 30th team, set to begin play in 2022. After the pandemic struck, plans for three of MLS's expansion teams to begin play were pushed back by a year. Later, lead investor Ron Burkle pulled out. Sacramento is not considered a candidate to fill the 30th slot.

“Hayden is a young center back who has all the qualities to be an outstanding piece of our backline in Hernán [Losada’s] system,” United GM Lucy Rushton said. “He played a lot of minutes for Sacramento Republic, and we believe he is ready to make the jump up to MLS and compete for minutes on the first team. We’re excited to welcome him to the club and we’re looking forward to getting him integrated with the rest of the squad in preseason.”