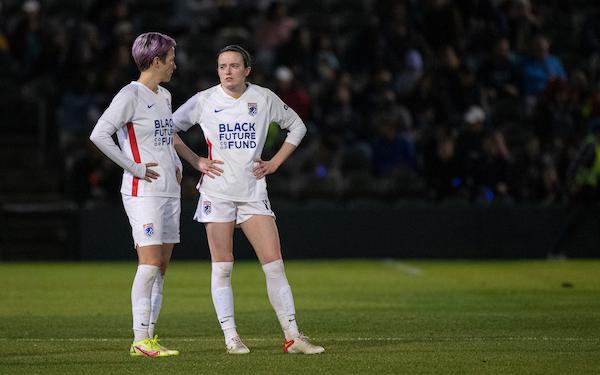 Megan Rapinoe and Rose Lavelle will be back with OL Reign for 2022 and its move to Seattle's Lumen Field.

Rapinoe, 36, signed a one-year agreement to return for a 10th season with OL Reign. She has scored 40 goals in 93 NWSL games.

Lavelle's new deal is for two seasons. She played 11 games in 2021, her first season with OL Reign after one season at Boston and three at Washington.

OL Reign also announced that it has re-signed forward Bethany Balcer to a three-year deal, with a club option for an additional year. The 2019 NWSL Rookie of the Year made her international debut in November against Australia.

OL Reign finished second in the 2021 NWSL standings but lost to eventual champion Washington in the semifinals. Laura Harvey will return for her first full season in charge.

The Reign relocated to Tacoma after one season at Starfire Stadium in Tukwila and five at Seattle's Memorial Stadium. Groupe OL, the owner of French club Lyon, purchased the Reign at the end of 2019.