Octagonal: Margins are still slim as winter window kicks off 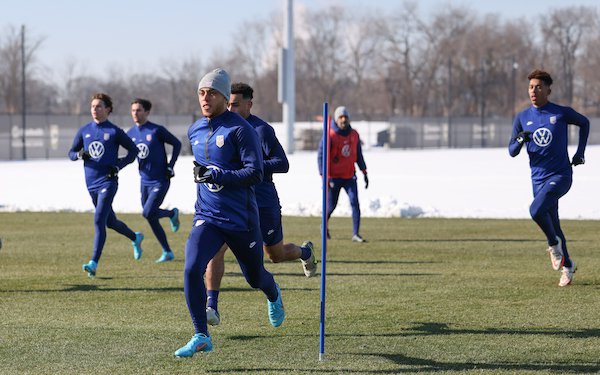 With only six games left in Concacaf's World Cup 2022 qualifying campaign, the focus is on the standings and what will it take for the USA to book a ticket to Qatar.

The USA has 15 points after eight games — already two more than what it would have taken to qualify in the 10-game Hexagonal last time around.

But 15 points this time gives the USA only a one-point lead over Mexico and Panama, tied for third place, and edges in goal difference of three and five goals. The top three teams will claim automatic berths to the World Cup; the fourth-place team must play the Oceania winner (likely New Zealand) in June.

The USA opens the winter window on Thursday against El Salvador in Columbus, Ohio. A win over Hugo Perez's Selecta, which has won just one of eight games, could catapult the USA into first place by the end of Thursday night. Just a tie could drop the USA into fourth place after Thursday. The margins are slim in the Octagonal's top four.

In terms of qualifying scenarios, the USA will want to avoid having to win the one-game playoff in June or having to get a result in its final Concacaf match on March 30 at Costa Rica, where it has lost nine straight World Cup qualifiers.

A more likely scenario -- and better on everyone's nerves -- is that the USA clinches when it hosts Panama on March 27, but it will likely take at least a sweep of the three remaining home games and some help for other teams.

U.S. coach Gregg Berhalter isn't concerned with qualifying scenarios or how many points per game his team will need to go to Qatar.

Nor does he want his team to get ahead of itself. The mention of a nine-point window in September looked silly when the USA opened with ties at El Salvador and Canada, its first two opponents again in the winter window.