USL Championship will expand into Iowa in 2024 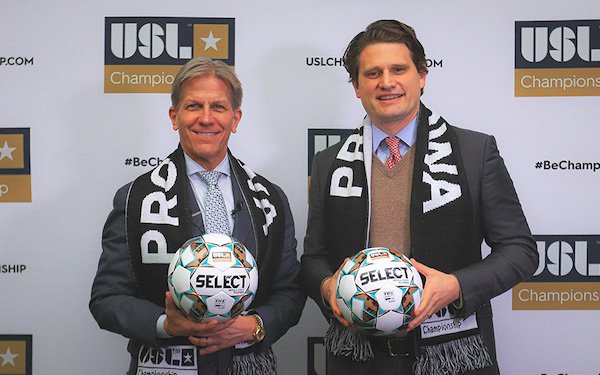 A USL Championship expansion team will play in Des Moines, Iowa, in 2024.

The club’s majority owner, Kyle Krause, is the longest-tenured owner in the United Soccer League, having operated the Des Moines Menace in USL League Two since 1998. In 2020, Krause became the owner of Parma, currently competing in Italy’s Serie B.

The Menace has been one of the most consistent teams at the USL amateur level, winning titles in 2005 and 2021. It has been a popular summer destination for college players, attracting such players as U.S. international Chris Mueller and Andre Shinyashiki, the 2019 MLS Rookie of the Year.

The center piece of the project is the Pro Iowa Stadium, part of a $535 million development project that will create a multi-use district in Des Moines.

“It’s an exciting day for the USL Championship,” said USL CEO Alec Papadakis. “Iowa has a rich soccer history, and Pro Iowa will bring a long-awaited national and international spotlight to Des Moines. Kyle Krause’s longtime commitment to the game, the community, and the USL are without equal.  He is the very best person to bring professional soccer to Iowa, and the new Pro Iowa Stadium will be a crown jewel not just for the USL, but for soccer in the United States.  Krause Group’s experience operating soccer clubs here and in Europe will help this new franchise become a source of great pride for the people of Des Moines and the state of Iowa.”