Amy Rodriguez is retiring after 11 seasons in U.S. pro leagues 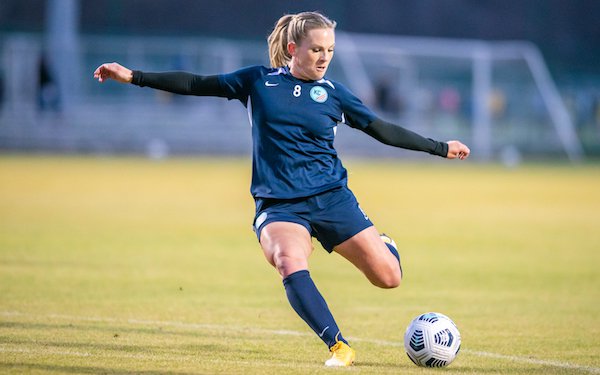 She will return to USC, where she starred in 2005-08, joining the women’s team as an assistant coach.

Rodriguez, 34, played in all three WPS seasons (2009-11) and the last eight NWSL seasons (2014-21). The last two seasons took her to three clubs: Utah, Kansas City (photo) and the North Carolina Courage, where she finished up.

“Amy contacted the club earlier this week to let us know of her retirement as a result of this incredible new coaching opportunity,” head coach Sean Nahas said. “It was clear this was a very sudden and difficult decision for her, but ultimately what was best for her family and career. She has given so much to this game, it’s been her life, and the decision to walk away was one that she hadn’t planned on happening this soon. I fully support her and this decision, as for decades she has committed to her clubs and teams. She has always been fully invested in her craft. Now she gets to take care of her other team…the most important team, her family.”