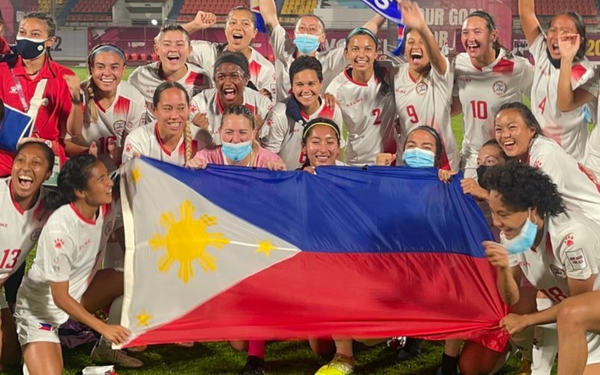 The Philippines qualified for the Women's World Cup for the first when it beat Chinese Taipei in a shootout in the 2022 AFC Women's Asian Cup quarterfinals.

The Malditas started a team with 11 players raised in the United States, all products of the college system. Many of team still playing at clubs around the world.

A pair of players based in Japan's new WE League had big goals. Quinley Quezada (JEF United Chiba Ladies) scored for the Philippines to give it the lead in regulation. Sarina Bolden (Chifure AS Elfen) scored the deciding goal in the shootout.

Other players are playing in Cyprus, Spain and Sweden.