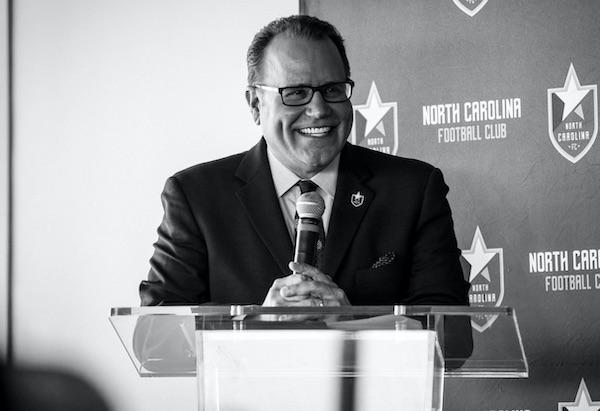 Growing up in Fremont, Ohio, Dean Linke  wanted to be either an NBA basketball star or a sports broadcaster.

He “failed miserably” at the first goal, he says. But he’s “blessed” to have followed the second path. In a career spanning three decades, he’s called just about every sport imaginable. He’s best known now as a premier voice of American soccer. Last week, United Soccer Coaches honored him with a Letter of Commendation.

The sport came relatively late in Linke’s life. His high school still does not field a soccer team. But as a sophomore journalism major at Ohio University in 1989, he was offered two internships: with the U.S. Olympic Committee in canoe/kayak, or the United States Soccer Federation as a press officer.

He knew little about those activities. “But soccer has a ball,” recalls the former high school basketball, baseball and football player.

The timing was propitious. The U.S. men’s national team was qualifying for its first World Cup in 40 years. Anson Dorrance was preparing the women’s team for the first-ever world championship. Soccer was on the rise.

Mentors like John Polis taught Linke – a very quick study – about the game. He enjoyed the action, the possibilities, the coaches and players. He was hooked.

He did not attend his own graduation. He was on his way to Colorado Springs for a full-time job with the USSF.

Linke covered national team qualifiers and Olympic Festivals around the country. “I was so lucky to walk into U.S. Soccer at a critical time,” he says. “The more I talked to people, the more I realized how special they were. I took nothing for granted, but I walked with the best of the best. And I had the best seat in the house for it.”

Highlights of those years included a press officer position for the 1991 women’s world championship team, the 1992 men’s Olympic squad, and the 1994 men’s World Cup side. 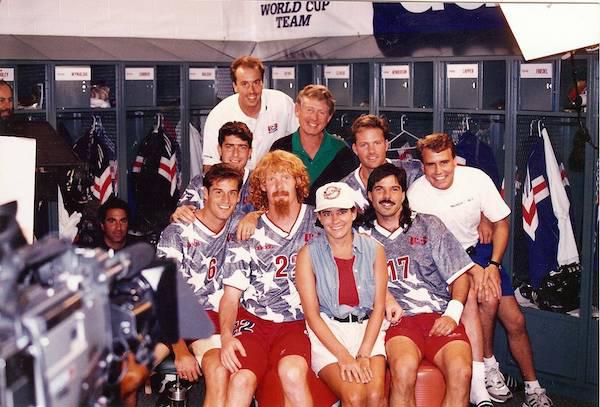 Linke moved to Los Angeles as the director of communications for MLS, then to Colorado with the Rapids as vice president of communications and operations. He loved broadcasting as much as writing, and for their first three years, called games on air.

Linke soon earned a reputation as an astute broadcaster. Listeners and viewers never saw the eight to 10 hours of preparation he put in before each game – and still does – but his professionalism led to the Big Ten Network. He was an Ohio State fan growing up. The league “is in my soul,” Linke says. He did the new network’s first-ever football game, then branched out into sports like field hockey, volleyball, gymnastics, track, cross country and water polo. Next came the ACC Network, with sports like basketball, men’s and women’s lacrosse, softball, track and tennis.

Along with, of course, his favorite sport: soccer. He called matches on the two conference networks, and the University of North Carolina, N.C. State and Duke; for the WUSA’s Carolina Courage and the USL’s North Carolina FC, and on Fox Soccer’s NSCAA Game of the Week. (Linke and his wife, whom he met through soccer, moved from Colorado to North Carolina in 1999.)

For the past five years he has hosted United Soccer Coaches’ weekly podcasts. Each includes several guests, filling a wide range of roles in the sport. He’s quizzed Dorrance, Tobin Heath and Carli Lloyd on “the vision of a champion”; asked coaches and referees about their highs and lows, and invited industry leaders like Hank Steinbrecher to talk about American soccer’s strengths and weaknesses.

His broadcasting and interviewing style is simple, Linke says: “I try to be true and honest. I want to bring joy to my listeners. If they can see it in my face and hear it in my voice, I’m happy.” He has been inspired by mentors like Polis, Steinbrecher, Kevin Payne, Bill Nuttall, Sue Maryott and Thom Meredith. 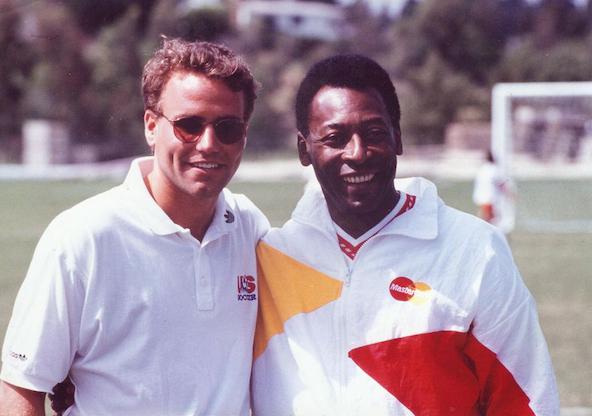 Soccer “gave me my life,” Linke says. He met his wife, Leah Pavao Linke, when she worked at U.S. Soccer. She speaks four languages, and was in charge of hospitality for the 1994 World Cup final. She is now a senior vice president for Endeavor, working on her 25th Super Bowl.

Their son Ben, 24, works in real estate in Charlotte. Max, 21, is a student at the University of North Carolina. He is a member of the scout team that helps the Tar Heel women’s basketball team prepare for games. Linke watches those practice sessions to provide on-air insights the next day.

He rarely says no to an assignment. But when his boys were growing up, Linke arranged his schedule to be at as many of their games as he could.

He coached them too – including soccer. “I never played,” Linke admits. “But I was around so many great coaches, I knew what I was doing.”

The future of soccer broadcasting is bright, he says. “You can watch a game almost 24/7. Nearly every league is on somewhere. Youth leagues are starting to stream their games.” It’s a far cry from his first days at the Federation. His writing and broadcasting have helped bring soccer into the American mainstream.

Linke says, “I’d call a game every day if they’d let me.” Fans of all sports – especially soccer – would eagerly watch and listen.