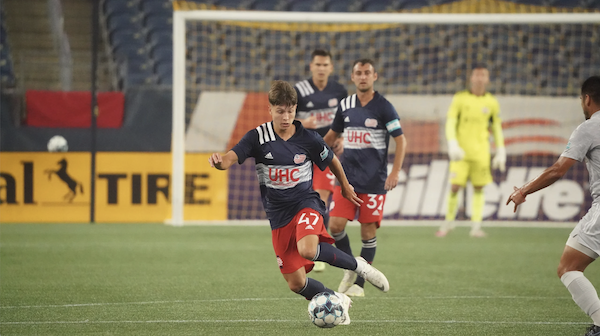 One of the most brutal periods of the 1990s was the breakup of Yugoslavia through a series of wars that initially gave rise to Bosnia and Herzegovina, Croatia, Macedonia, Montenegro, Serbia and Slovenia. The resulting human cost was catastrophic and the economic damage to the region was massive. Some people stayed to rebuild their communities, but many fled during the war as refugees.

Many of these refugees opted to rebuild their lives elsewhere. The relocation of many families escaping the Yugoslavian conflict has made profound impacts in many countries, communities, and industries throughout the world.

Soccer in the United States has been significantly impacted over the years from those who fled. Vedad Ibisevic and his family fled the Bosnian War and eventually settled in St. Louis where he played collegiately. He went on to have a stellar Bundesliga career. Andrija Novakovich, whose mother left Serbia amid various conflicts, earned caps with the U.S. national team. Neven Subotic’s decision to play for Serbia after attending U.S. U-17 national team residency was a blow to the federation, but his impressive career saw him play in the Champions League final and the World Cup. Former U.S. youth international and Toronto FC forward Peri Marosevic (now a U.S. Soccer youth national team administrator) was born in Yugoslavia but fled as a young child.

The United States U-20 national team recently completed its first camp of 2022 and the team is trying to prepare for a critical tournament this summer that will serve as qualification for both the 2023 U-20 World Cup and the 2024 Olympics. At the recent camp, the U.S. U-20 team drew the New York Red Bulls 0-0 and defeated FC Dallas 1-0.

The roster consisted of many names American fans would know for being top prospects – including Philadelphia’s Paxten Aaronson and the Red Bulls’ Caden Clark. One of the surprising inclusions, however, was midfielder Esmir Bajraktarevic, who many close observers knew was talented but figured he was still too young for this U-20 team.

“It's my first ever camp that I’ve been called up to,” Bajraktarevic told Soccer America. “I wasn't surprised. I knew I was going to get called up at some point, but I was obviously really excited. There are some guys here who have bigger names. They're great players. And I was up for the challenge. I believed in myself that I was probably one of the better 05's. I knew I wasn't going nowhere with this. I wasn't expecting U-20s.”

Bajraktarevic’s journey was unique, and his story full of challenges that he and his parents had to overcome. The first was escaping the war in their native Bosnia. This happened when his father was around 20 and his mother was 18. The first stop for them was Switzerland. Then it was to the Milwaukee area of Wisconsin, which is home to large and close-knit Bosnian and Serbian communities.

Bajraktarevic was born in Appleton, Wisconsin, but the family’s challenges did not end with the war and money was tight. Bajraktarevic developed a deep love for the sport of soccer at an early age and the sport also proved to be part of a solution – an opportunity for success in the United States.

“In Wisconsin, I started playing rec when I was younger,” Bajraktarevic said. “But obviously from the war, my parents came here as refugees. We didn't have much money. Me playing club at that young of an age -- it wasn't really an option for me. One of my best friends, his dad paid for me throughout my whole club life. Ever since around U-10, all the way up until U-15, I was playing club in Milwaukee for SC Wave.”

As Bajraktarevic continued to succeed with SC Wave, he was noticed by people – namely the New England Revolution, which spotted him last year at a regional tournament. The Revolution offered him a chance to join the academy and he immediately began training with the second team, the Revolution II in USL League One. 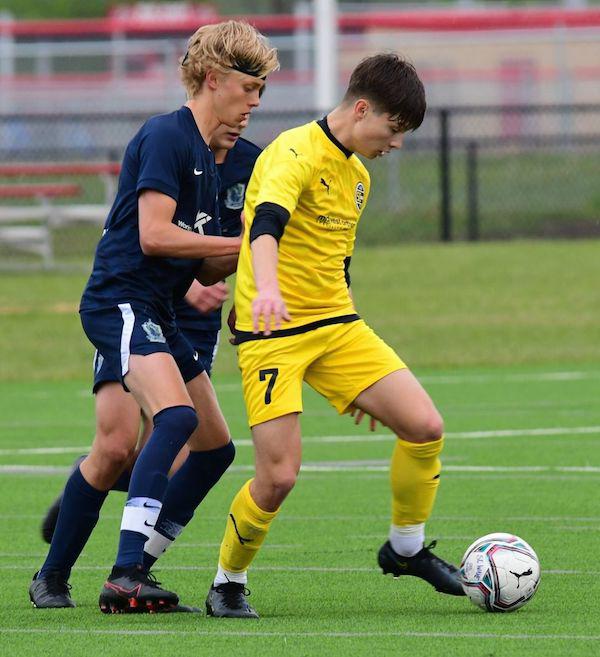 The decision was tough for Bajraktarevic as it required him to leave his parents and home in Wisconsin – but it was an opportunity he knew he needed to take.

“Playing at a club level and the hearing that you're going to be playing at a professional level, it was great because it was something that I knew I needed,” he said. “Leaving my family, joining the academy residency was probably the hardest part for me throughout my whole career so far. It was tough at first, but I think they did a really good job of making us feel at home. It was really good.

“At first it was difficult to join a second team and start training with them because I was going from a club level being able to do whatever I want with the ball, just dribbling past people and not really having a challenge and then going to playing against grown men. …

“I was kind of used to it because I was always playing with older people ever since I was like 10. It was difficult at first because this is their job, and everybody wants to make it. It's good for my development because just from being hungry -- people motivating me, getting advice from the older guys and then obviously playing at that level at a young age. It will make you better when you go play with people your age. It's helped me a lot.”

With camp now over, Bajraktarevic, who in November signed with Revs II, will return to New England and prepare for his first full season with the club. (In 2022, Revs II will play in the MLS Next Pro league.)

“When Esmir joined our Academy program over the summer, we knew he would make an immediate impact with his talent and ability on the field,” Revolution Technical Director Curt Onalfo said last summer. “We are proud to see Esmir make so much progress in such a short span, a sign of our Academy’s continued growth, and we are excited to see his development continue at the professional level next season.”

Bajraktarevic is still a month from his 17th birthday, but the coming year has a lot of opportunities and potential. At New England, he could continue to rise through the organization and earn a homegrown contract. Then there is the U.S. U-20 team on which he could make a push as one of the top players of the 2005-birth year.

The advantage Bajraktarevic has with the U-20 team is his versatility to play in many different positions. He has been training recently as a No. 8 central midfielder but he feels his best role is the No. 10 or on the right wing. Despite being left-footed, he prefers the opposite wing as it allows him to cut-in centrally and attack.

Bajraktarevic had a solid camp with the U.S. U-20 team and Coach Mikey Varas started him in the team’s 0-0 draw with the Red Bulls. Competition for a roster spot will be tough as attacking players like Kevin Paredes and Cade Cowell were not released for this camp. His positive performance, however, could give him a leg up to continue playing a big role this cycle and then be a key impact player next cycle for the U-20 team.

“In the first Red Bull game, we were still getting to know each other a little more,” Bajraktarevic said. “But I think the game against Dallas, we were really starting to glue off the field, on the field. I think it went well. We're very confident in ourselves. I think we have a great group when it comes to the players and the coaching staff. I think the coaches give us good tools for us to use. It's never really them telling us what to do -- like, do this, do that. It's kind of they give us tools and we do a lot with them. It's just great.”

The camp left Bajraktarevic feeling confident for the future of both the U-20 team and himself personally. It was another step in an impressive rise on a difficult path which started in Wisconsin as his parents were trying to make their way as refugees – to Bajraktarevic now having an opportunity to make it both at the professional and international levels.