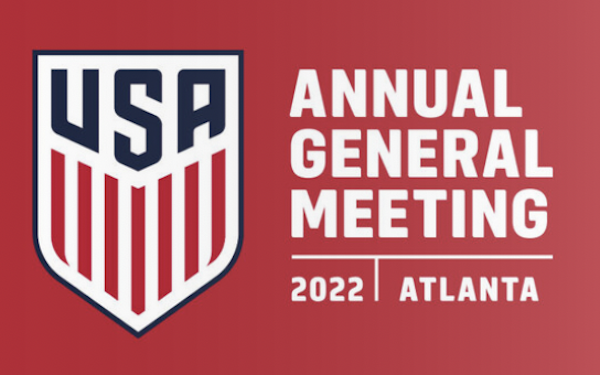 U.S. Soccer has released its Book of Reports ahead of the 2022 AGM that will include the National Council Meeting on March 5.

The annual report includes a transcript of the 2021 National Council Meeting and reports by federation officers and committees.

Besides the presidential election that pits U.S. Soccer president Cindy Parlow Cone against her predecessor, Carlos Cordeiro, members must vote on approving the fiscal year 2023 budget and proposed by-law amendments. 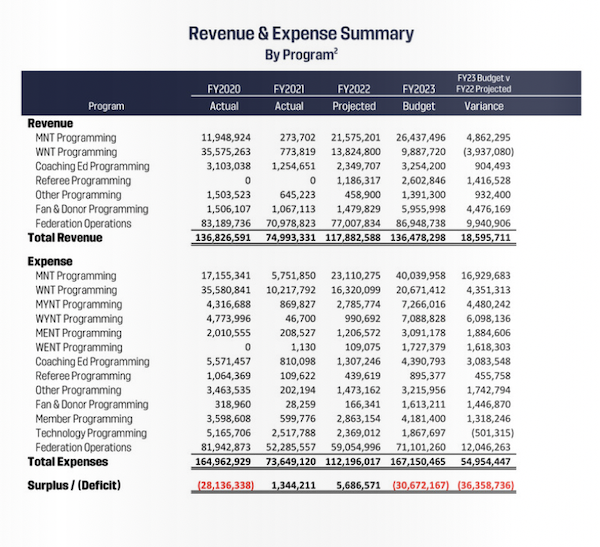 The budget takes into account preparations and participation in the 2022 World Cup. It anticipates 20 games for the women's national team, including the new Concacaf W Championship, which will serve as qualifying for the 2023 Women's World Cup and 2024 Olympic women's soccer tournament.

U.S. Soccer is committed to programming for the U-15, U-17 and U-20 national teams though it noted that FIFA and Concacaf have not yet confirmed tournaments for these teams. FIFA is supposed to organize women's championships for the U-20s (Aug. 10-28 in Costa Rica) and U-17s (Oct. 11-30 in India). In addition to qualifying for these women's tournaments, Concacaf is slated to organize the U-20 Men's Championship this summer as dual qualifying for the 2023 U-20 World Cup and 2024 Olympic men's soccer tournament.

The U.S. Soccer's financial situation has changed significantly from a year ago. Its investment analysis then put its net investments at $22.6 million at the end of fiscal year 2023. Even with a $30.7 million deficit, it would end fiscal year 2023 with $102.1 million in the bank, according to its budget and finance committee.

Among the proposed by-law amendments:

1. Paying the federation president an annual salary of $125,000 (it is now a voluntary position);
2. Reducing the limits on terms of officers and board members.