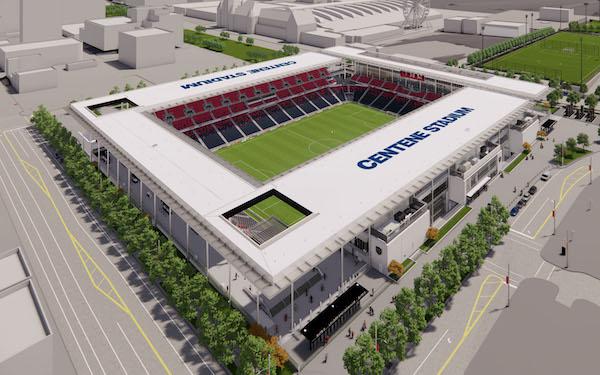 The stadium that St. Louis City SC is building for its MLS launch in 2023 has a name: Centene Stadium.

The health care company, based in nearby Clayton, signed a 15-year deal for naming rights to the stadium, located on land next to Union Station in Sr. Louis. The stadium will seat 22,500 fans, and its cost has been estimated at more than $450 million.

Centene also has a multiyear agreement with Charlotte FC to be the 2022 MLS expansion team's official health insurance partner.

Charlotte's global home is in Clayton, and it broke ground on a $1 billion campus for its East Coast operations in Charlotte in 2020.