Tanner Tessmann in Venice: Serie A lessons, commuting by boat, and fighting against relegation 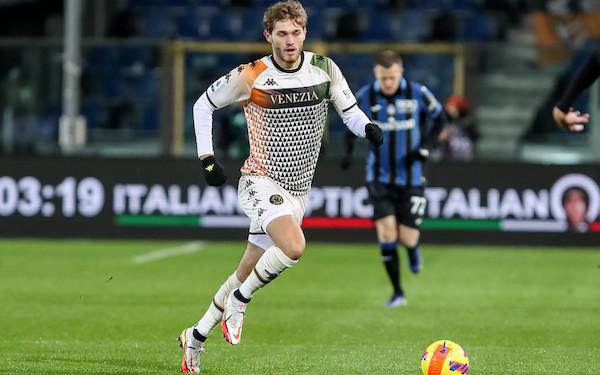 The journey of a player who elects to take his career to a foreign country is always full of unusual twists and turns, challenges and triumphs, and stories to last a lifetime. For Tanner Tessmann, his move from FC Dallas to Italy has been rather remarkable on many levels.

After growing up in Alabama, Tessmann signed a homegrown deal with FC Dallas and showed promise but never fully secured a spot in the team’s starting lineup. Despite this, the midfielder caught the eye of Venezia and transferred to the club that was recently promoted into Serie A and plays its home games on the southern tip of Venice.

Tessmann, 20, has adjusted well and the move to Venice from Birmingham via Dallas is different than your typical American player’s venture abroad. Instead of playing in major European city like London, Munich, or Barcelona where soccer is a way of life, he has moved to one of the world’s most popular tourist destinations – but not a soccer hotbed, despite being in Italy.

“I told myself, I'm never riding a gondola,” Tessmann said with a laugh. “I just don't see the purpose. And then the other day I was with Gianluca Busio and we were going to get our residency card and we were with one of the guys who worked for the team and he made us go on a gondola to cross the Grand Canal – one of the points where there was no bridge. It was my first time on. It was a good experience, but I don't think I'll get back on one.

“That's the beautiful thing, I can live that touristy life whenever I want. But I also live here, so I know people. I can still get that homey feeling. I've met a couple of good restaurant owners and I have my spots. I trust them – good food, good places, good spots. But then also like when the fam comes or I'm just feeling a very risky I can go try something new and it's like I'm a tourist again in Italy.”

What is also fun for Tessmann is that the soccer and life in Venice are not completely independent of each other as the experience of being on Venezia’s team also doesn’t allow a player to escape the unique nature of the city. Built in 1913, Stadio Pier Luigi Penzo is one of the smallest in Serie A, having been renovated last summer to boost the capacity to 11,150 following the team’s promotion. It is on the island, on the southern tip. It is a long, but manageable walk from Piazza San Marco and most fans either walk or take a boat.

This includes the team.

It trains on the mainland but takes a long boat ride to the stadium the day before the game to prep. They then stay at a nearby hotel and walk to the stadium on gameday to play. 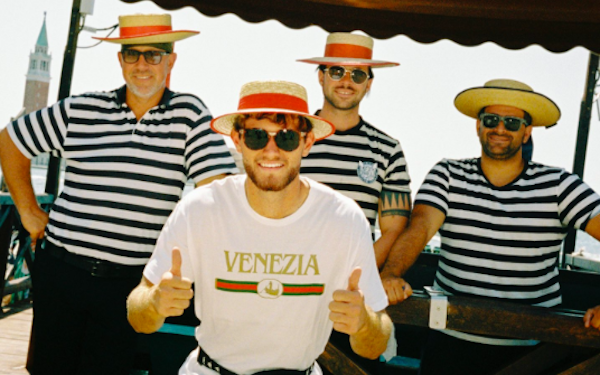 “The experience is unreal,” Tessmann said. “You're on a boat going to a game and you get to the stadium. And it's,I mean, it's just unreal to think about you're playing on an island. … The day before a game we take a boat from the mainland where we train. We take a boat to the stadium, which is at the bottom of Venice. It's about a 45-minute boat ride from Mestre and we get to the stadium and train. … It's definitely a different experience, one that I've never done before until I went to Venice.”

The tourist part of life is fun but the soccer is getting very serious now for Tessmann. After a period of adjustment in the first few months of the season, his minutes have increased and he now finds himself contributing on a regular basis as Venezia has found itself in the midst of a tight relegation battle. Last weekend Tessmann played the final 35 minutes in a hard-fought 2-1 away win over Torino.

Those three points moved it right on the edge of the relegation zone – tied with Cagliari on points and goal differential for the final safe place. This Sunday is one of the team’s most important of the season. It hosts a Genoa team six points below it in the relegation zone. It is one of the few games Venezia is clearly favored to win – and it is critical that they do so.

For Tessmann, each game is critical and he is learning about the nature of relegation battles early in his career.

“We've had a few games where we gave up late goals and it really cost us,” Tessmann explained. “Those points are points we really need to stay alive. If you think about the game, Venezia away at Inter Milan, San Siro – when you go play and you get in a position where you're up 1-0 and they score right before half and you're like, OK, 1-1. We can play well, we can get a point out of this game. We could have three points, but we could definitely get a point. It's not like everyone views it as we did well. That's B.S. We need points and we were in a position there to get points and we didn't. It hurts.”

Tessmann is also developing quickly in Italy. Serie A has historically been one of the strongest leagues in the world but Americans in the league are rare. In the past 30 years, only Alexi Lalas, Michael Bradley, Weston McKennie, Josh Perez (who now plays for El Salvador, and made just one Serie A performance), Bryan Reynolds, Gianluca Busio, and now Tessmann have played in Italy’s top-flight.

Serie A’s reputation has always been known for its tactics and most of Italy’s strongest players have come from its domestic league. Tessmann was aware of the defensive stars who have come out of the league and since arriving, he sees why.

"It is a defensive and tactical league,” Tessmann said. “My positioning off the ball has definitely improved. I would definitely say on the ball as well. Decision-making and speed of play has definitely increased and helped me get on the field more. My whole game's improved.”

Of course, the path that brought him to Venezia began with FC Dallas – which has been the starting point for many of the top American players in the game - – including national team players such as McKennie, Ricardo Pepi, Reggie Cannon, Jesus Ferreira, Bryan Reynolds, Walker Zimmerman and Kellyn Acosta.

“Dallas, it’s the coaching staff there in the academy, the roots, everything about it,” Tessmann said. “I saw a tweet the other day of all the players that have been in the FC Dallas academy that are now over in Europe – it is a long list with a lot of good players. It's just the environment we set there. Everyone knows what the goal is. Everyone knows the attitude and the family we have there. So we're all on the same page and we were around guys that are always striving to do the same thing that we want to do, and that's really powerful.”

If Tessmann continues to improve in Italy, it seems likely he will rejoin the national team – but it is a question of when. This is a World Cup year and the team is still in a tough fight to qualify. If that happens, there will only be a few games this summer to break in before the tournament. But time is very much on his side as he will be just 21 when the next cycle begins and the team will begin preparing for a tournament it will co-host in 2026.

“It's going to be tough to make the roster,” Tessmann said. “These guys have been together for it seems like three years now. It's tough to break in -- but when the opportunity is right whenever that may be. I'm just focused on Venezia. I've been out here, focused on myself becoming a better player, a better teammate and a better person. I definitely will try to push for that. It'd be a dream come true. … I've got to do well at the club level and help the team. That's as my number one focus. And I've always said the rest will come.”