Ricardo Pepi on his high-pressure Bundesliga challenge at FC Augsburg 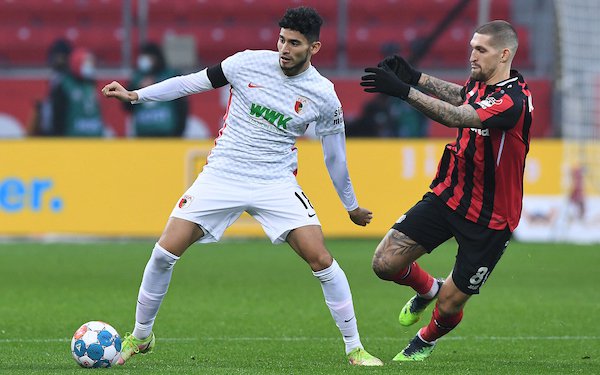 Whenever American players make the move from MLS to one of the top leagues in Europe, there is always a period of adjustment and there is always a lot of pressure. As more MLS exports continue to succeed in the manner of Tyler Adams, Brenden Aaronson, Canadian Alphonso Davies, or even England’s Jack Harrison, there is pressure on the next generation of players to continue with that success.

This past January, many Americans and even a few top Canadians made jump to big European teams. Kevin Paredes was sold by D.C .United to Wolfsburg and George Bello was sold by Atlanta United to Arminia Bielefeld. NYCFC sent James Sands on an 18-month loan to Rangers and Colorado sent Cole Bassett to Feyenoord on a similar loan. New England sold talented Canadian winger Tajon Buchanan to Club Brugge and American goalkeeper Matt Turner to Arsenal.

No player, however, drew as much attention for a move as Ricardo Pepi. In the months leading up to his transfer, Pepi was one of the top stories in American soccer for a number of reasons. First, he had one of the best seasons an American teenager has ever had in MLS, scoring 13 goals. Then there was his much-covered decision to represent the United States over Mexico, where both of his parents emigrated from. Finally, his performances with the U.S. national team, when he scored important goals in World Cup qualifiers against Honduras and Jamaica followed by an assist in the second qualifier against Jamaica.

All of these factors created a lot of hype and coverage around Pepi regarding what his next steps would be. Many were figuring he would land at a Champions League-caliber club in one of Europe’s “big five” leagues. But that was not the case. He ended up signing for one of the Bundesliga’s smaller teams in Augsburg while it was mired in a relegation battle.

“It wasn't the money,” Pepi recalled of his move. “I was planning on staying in the MLS for about another year or another two years. When Augsburg talked to my agent and talked to FC Dallas and decided to come forward with an offer, both teams decided to have an agreement. My agent called me and he was like, what do you think about Augsburg? And I was like, you know what? They're a great team. He was like, you know the risks you're taking on to them? It's a team that has a lot of young players and obviously they're in the relegation zone. Are you sure you want to take that risk? And I'm like, I'm willing to take the risk.”

When Adams signed for RB Leipzig or Davies for Bayern Munich – at those teams, new young players are surrounded by world-class talent and have time to adjust. The elite veteran players can handle most of the responsibility and cover for younger players as they develop. 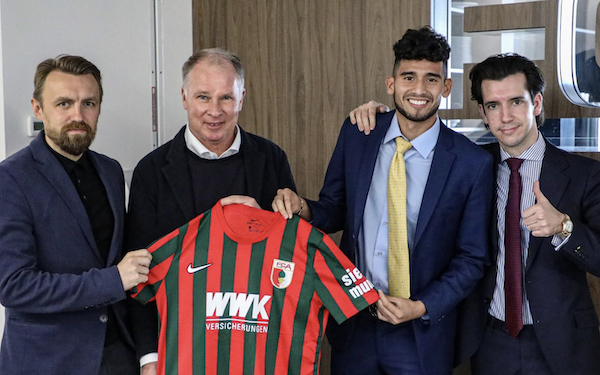 But Pepi didn’t just sign for Augsburg. His transfer of nearly $20 million smashed the previous club record by nearly double. With the club battling relegation, there was an expectation the Pepi would adapt quickly and contribute down the stretch in the bid for survival in Germany’s top flight.

Pepi was under immediate pressure with fans asking how much time would it take for Pepi to adjust? Could the money have been better spent on players who could immediately help in a relegation battle? What was the role of the club’s American ownership in the transfer?

After a month since the move, Pepi is still adjusting. He has made five appearances, including two starts. The team has earned just one point in the five games he has played. The club sits in the relegation playoff position, trailing Hertha Berlin by just a point for safety.

“I'm a young player moving from MLS,” Pepi said. “That's a big step. There's pressure because of the big transfer. But for me, I don't really feel the pressure. I feel like I have to be patient with myself when I have to work every day to become a better, a better player and be able to succeed in this league. I'm progressing well and I'm feeling better and better and feeling more confident day by day. … I’m being patient, but also being really, really anxious to score my first goal, for sure.

In his first month Pepi has noticed that amid the intensity of training in Germany things are rarely ever toned down – even on practices close to matchdays.

“The Bundesliga is of the top five leagues,” he added. “I want to be able to succeed in this league. It's a league that everyone wants to come and play. In America, every single player wants to come to play in the Bundesliga. … Coming through the FC Dallas pipeline, I know there were a lot of players who came through it. FC Dallas is one of the best teams at developing young players in the United States.”

The Bundesliga has been a hotbed of developing top young players. Many of the clubs are willing to take risks and play young players. For American players, it also works well because the Bundesliga has far fewer restrictions on importing non-EU players than other top leagues such as the Premier League, LaLiga, Ligue 1, Serie A, or the Eredivisie. Many current top American players are either in the Bundesliga now or have begun the European leg of their career in Germany before moving on.

Pepi also sought out the advice of some of his teammates on the United States national team. One of them was Gio Reyna who has been a standout at Borussia Dortmund.

On Sunday, Augsburg will host second place Borussia Dortmund (ESPN+, 11:30 am, ET) with an opportunity to climb out of the relegation zone. Reyna will not take part in the game due to a hamstring injury, but Pepi should play – either starting, or off the bench.

“Christian [Pulisic] and Weston [McKennie] -- they played here, and they succeed in this league,” Pepi said. “It's something that definitely caught my eye. I had some talks with Weston, with Christian and even Gio. Those are players that helped me with this decision a little bit – to take an eye on the Bundesliga. They said it's a good league and they said it's one of the best leagues in the world – that I could get adapted to the league and they think in a couple of years I could do well.”

Pepi along with many of these players are set to reunite in just a few weeks when the United States will take part in its final three games of the Octagon. The U.S. team has a four-point cushion on a top three qualifying spot but has its most challenging window of qualifying – with visits to two places it has never won a qualifier in Costa Rica and Mexico.

Pepi will also be looking to boost his contribution levels as he hasn’t scored for the team since the 2-0 home win over Jamaica in the October window.

“That kind of the challenge comes with all the games that we that we play and we feel as a team that we were put moves challenges for a reason,” Pepi said of the national team and its upcoming March window. “I feel like these next few games are now obviously in better conditions, better weather. We should be able to have no excuses.”