Two compelling books: Rockin' English soccer in the 1970s and wonderful losers the world around

When Manchester City's wayward winger Rodney Marsh came to play for the Tampa Bay Rowdies in the mid-1970s, he famously denounced English soccer as "a grey game, played on gray days by gray people." Like all generalizations, the quote contains a kernel of truth, but doesn't stand up to a whole lot of analysis. Although Marsh's quote appears in Jon Spurling's book to illustrate the clash in England between the old post-war disciplinarian style of coaching and the new generation of free-thinking, long-haired mavericks, the majority of the 370 pages show that the characters, clubs and competitions of the 1970s were many things, and that most of them were anything but gray.

At its best, Spurling writes in his introduction, the English game in the 1970s was "uplifting, unifying, inventive and touchingly innocent," but it could also be "brutal, bullying, thuggish and ugly." He doesn't aim to harp on about "the good old days," but stresses that clubs and stadiums in the top flight were at that time "planted firmly in local communities." It was also the era when agents started to look after players' interests, replica shirts with new designs were marketed for the first time (by the innovating Leicester-based company Admiral), foreign players began to grace and brighten England's game, and certain personalities realized that the more controversial they were in their opinions, the more they'd be paid to express them. Many clubs were casting an eye to the United States for new trends in commercialism, which was how Leeds United allowed a character called Paul Trevillion, who'd worked in the USA for sports agent Mark McCormack, to re-brand the club as Super Leeds.

I'll get to the point about "Get It On." Most of the time, reading a soccer book is a chore akin to wading through a bowl of cold, salted porridge. Sometimes, though, you pick up a book that hits the same spot as a slice of lemon sponge cake on a Sunday afternoon. Each bite, or chapter, is better than the last, and you keep yearning for another slice. It may be because I grew up in England during the 1970s that "Get It On" touched my sweet tooth – the earliest happy memories are the best, after all. Or it may just be that the excellent research, the steady pacing, and the unhinged nature of soccer in this transformative decade have been molded by the perfect writer into an absorbing, irresistible book. 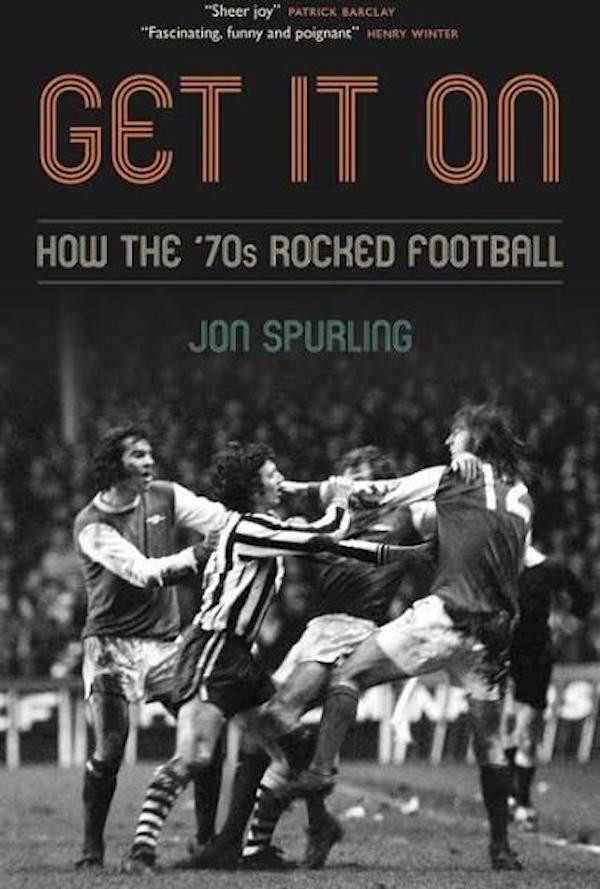 English soccer in the 70s was indeed blighted by negative coaching, foul play, fields of dirty glue, deep-seated racism, and chronic fan violence, and these were all reasons why a lot of players like Marsh found the North American Soccer League such a bright and refreshing change. Spurling covers all these narratives. Yet for every accusation that Don Revie's Leeds United only won so many trophies thanks to its cynical approach, there's a game like the 7-0 dismantling of Southampton to show that they could play another team off the park. When we talk about the seemingly unplayable state of Derby County's Baseball Ground mudbath, we also need to know that Coach Brian Clough ordered the groundsman to prepare it that way, because he knew that only his players were fit and skillful enough to cope with the sticky surface.

An early chapter deals with non-league Hereford United's game against first division Newcastle United in a 1972 FA Cup third round replay. Read the chapter, then watch the highlights on YouTube and feel the goosebumps. The same applies to the European games played by provincial clubs like Derby, Ipswich Town and Nottingham Forest, nowadays all marginalized in English soccer thanks to the financial gulf caused by the great Champions League stitch-up.

Liverpool was the dominant club of the era, but they were rarely runaway champions. The variety of teams that either won the title (Everton, Arsenal, Derby, Leeds, Nottingham Forest) or came very close (Queen's Park Rangers, Ipswich, Wolves, even Manchester City ...) reflects how the art of coaching at this time was to assemble a roster that would gel, but without breaking the budget (not unlike MLS). Sadly, we'll never know if Pep Guardiola is capable of taking a provincial club from the butt end of the second tier to become European champions in two years, as Brian Clough did with Forest (or if Guardiola could deftly juggle draft picks and allocation money to take FC Cincinnati to MLS Cup ...).

Spurling's interviews benefit from the historical perspective that allows its actors a mainly frank and considered review of the past. His work on the book spanned the last two decades, meaning that several of the players and coaches quoted have passed away, so we are privy to exclusives from beyond the grave. It's also shocking to realize just how many of your childhood heroes are now deceased, making the videos of them skipping across the grass-starved fields all the more poignant. And despite all the tactical manuals that have burdened bookshelves in recent times, the game itself has not changed as much as we like to think. Pass, move, dribble, tackle, shoot. Only now, there's less mud, booze and cigarettes around to slow you down as you press the life out of the opposition. 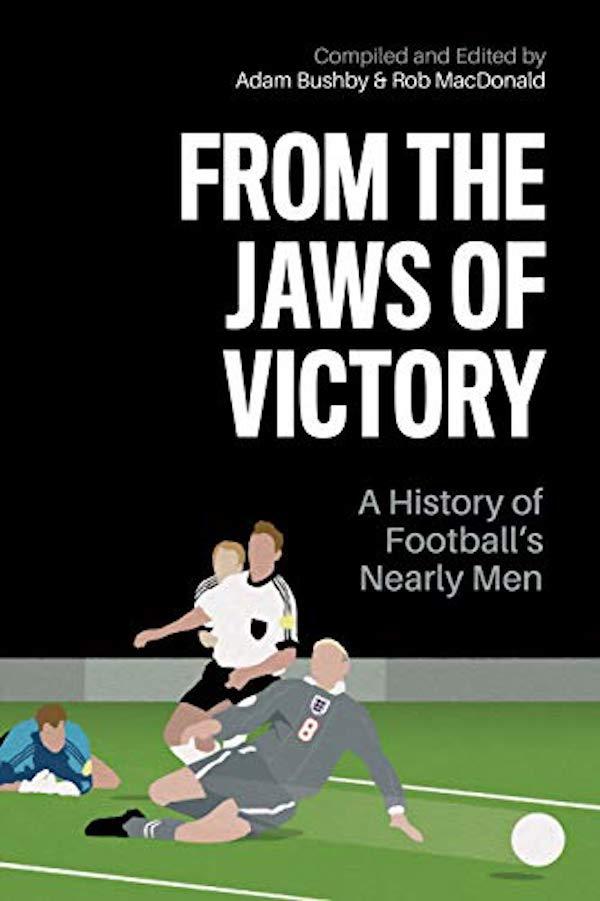 It's the mark of a compelling book when you think you know a subject, but then increase your knowledge tenfold by the time you've reached the end. This is also true of another soccer history book that came out last year: "Snatched From the Jaws of Victory" is a compilation of essays by mainly established writers looking at teams legendary for having fallen just short of glory, but which have retained a place in the hearts of their supporters and beyond. My first thought was that I already knew the stories of the Netherlands in 1974 and Brazil in 1982 well enough. It turns out that I was wrong.

I knew that Wales, for example, had surprisingly reached the quarterfinal of the 1958 World Cup, but I didn't know that they'd only qualified because four different countries, for varying reasons, had refused to play Israel in the Africa & Asia qualifying section. And that when they narrowly lost 1-0 to Brazil and Pelé in the quarterfinal, they were missing their best player John Charles through injury. That's the delight of this book – exploring the details and the marginal decisions, errors and quirks of fate that might, just might, have allowed an alternative and more astonishing outcome. One where Scotland wins the 1966 World Cup instead of England. One where a still unified Yugoslavia lifts the 1994 World Cup, or – more likely still – a Georghe Hagi-inspired Romania. One where Luis Suarez doesn't cheat and Ghana becomes the first ever African nation to lift the same trophy in 2010. One where Arsenal is Champions of Europe in 2006 instead of losing finalists to Barcelona.

It is also a book about celebrating near-greatness and favoring style, courage and fallibility over silverware. Middlesbrough may have lost the 2006 UEFA Cup final 4-0 to Sevilla, but their path to that game threw up enough drama and glory to render the final outcome almost irrelevant, including two astonishing four-goal fightbacks in both the quarter- and the semifinals. "We are built to survive disaster, not to expect success," writes John Nicholson of the Teesside region. "This is why that night [against Steaua Bucharest in the semi-final second leg] is still such a powerful and emotional thing. For once, the stars were aligned and for once, everything that normally goes wrong, went right."

For most fans, that experience of a rare but precious triumph is the one we cherish, and we do not envy those burdened with the expectation of serial success. How can Bayern Munich fans harbor any special memories when they lift the German title every year? Those who think that only winning matters have missed the point, and in different ways both of these books are testimony to the fact that soccer's most fascinating memories derive from stories with a depth that is way more telling than a mere silver pot lofted from the victor's plinth under a shower of the same old champagne. If you haven't lived through adversity and failure, you haven't lived at all.