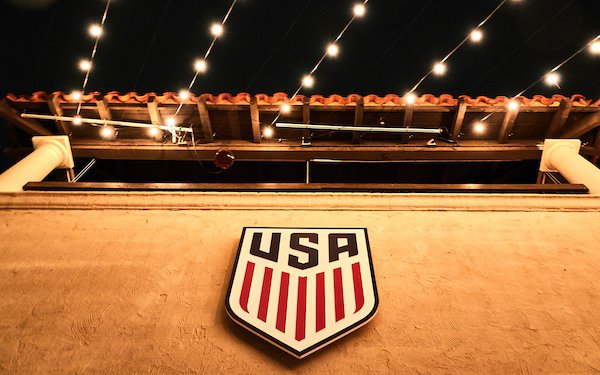 After her narrow reelection win over Carlos Cordeiro, U.S. Soccer president Cindy Parlow Cone  has promised to heed the message from the state organizations and others who voted against her, pledging to work with all members, including those who were frustrated that she spent so much of her time on the national teams.

The women’s team also needs to rebuild some bridges. They claim that their push for “equal pay,” never a definable goal given the different structures of the national teams’ deals or the fact that the women play lucrative friendlies and earn Olympic bonus money while the men slog it out in endless qualifying, was inspiring little girls to fight for equality. If they truly want to be leaders for the next generation, now would be a good time to take a greater interest in the grassroots instead of trying to take money away from them.

And both national teams (men’s and women’s traditional soccer, not the extended national teams that were just extended further to include power wheelchair soccer and men’s and women’s deaf soccer) should negotiate as if they’re dealing with a nonprofit responsible for growing the games at all levels, not some evil robber baron with an NFL franchise.

But another group needs to engage in some self-reflection as well. That would be every organization and leader who sought to restore Cordeiro to office.

It may seem unseemly to pile any more dirt on the Cordeiro candidacy. He was surely sincere in his belief that he would be effective if given another chance in office. The purpose here isn’t to attack him personally. The purpose here is to ask his voters to heed the warnings from outside the federation bubble and ask, “What can we do differently?”

If these groups were not yet aware of the potential disaster a Cordeiro return could bring, they should’ve been reading the pre-election press. It’s one thing not to listen to Megan Rapinoe’s tweets or Hope Solo’s flame-throwing podcasts. It’s another not to listen to past and present board members and leaders. It’s another to not pay attention to sponsors and supporters who make the sport possible.

If they think the budget looks bad now, just imagine it without companies who steadfastly stood by the women’s team through thick and thin -- yes, including the national anthem protests, which certainly didn’t cost Rapinoe and company their individual marketing opportunities or drive away all of the federation’s sponsors. Ricardo Fort, a consultant and former executive recently named to the federation's Game Changers United council, made it absolutely clear that sponsors were displeased with Cordeiro even before the insulting legal brief that forced him from office. Deloitte gave an ominous warning about “future sponsorship decisions.”

Or imagine that budget with supporters who are less inclined to go to games or otherwise send their money in the federation’s direction. When an American Outlaws straw poll finds 91% of voters from the massive supporters group oppose your candidate, it’s time to take a second look.

In response, several organizations complained about the USA losing influence within FIFA. But Cordeiro is more than capable of lobbying for U.S. interests in his role as a senior advisor to the FIFA president. There’s no need to have another U.S. person schmoozing with Gianni Infantino.

These organizations also somehow missed other calamities of the Cordeiro Era. He took eons to hire a CEO and a men’s national team coach, to the detriment of the federation and the team. He picked a needless battle with, of all organizations, the U.S. Soccer Foundation. He didn’t settle court cases or collective bargaining standoffs.

And worst of all, he was a public relations nightmare, prone to embarrassing the federation when he opened his mouth or penned an open letter. Given that the U.S. women won their settlement in the court of public opinion rather than court, where their case didn’t stand up to scrutiny, how much money did Cordeiro end up costing the federation?

Somehow, leaders of important U.S. Soccer member organizations failed to notice any of this. They reached out to Cordeiro to run and nearly put him in office. For all their complaints about the voting power of the Pro Council and Athletes’ Council, the pros and athletes saved the federation a lot of money and goodwill with their votes.

On the other hand, these organizations’ complaints about the budget are legitimate. A change in the way the federation presents its accounting -- a decision explained with enough buzzwords to fill out several bingo cards -- made the Annual General Meeting book far more opaque than usual. It appears from the book that U.S. Soccer is making a profit on referee programs -- not just during the Covid years but in the FY2023 budget -- when the sport is desperately dealing with referee shortages. A Zoom call on the budget before the AGM shed some light on the issue, saying that the budget lines didn’t include the online systems that aid in referee development, but the bottom line is still a little hard to see.

Those budget reports also showed that the men’s and women’s national teams are projected to lose more than $24 million between them in FY2023. Yes, sponsorship offsets much of that loss, but given a projected loss of more than $30 million in the overall federation budget, shouldn’t we know how such losses are possible and figure out a way to prevent or mitigate them?

So instead of bringing back Cordeiro for a vote that could’ve had disastrous consequences, why not decline to approve the budget?

Meanwhile, state and national organizations’ in-fighting is tearing things apart. The latest round: a wholly unnecessary fight between U.S. Youth Soccer, which recently launched/rebranded a new competition called Elite 64, and the Girls Academy. 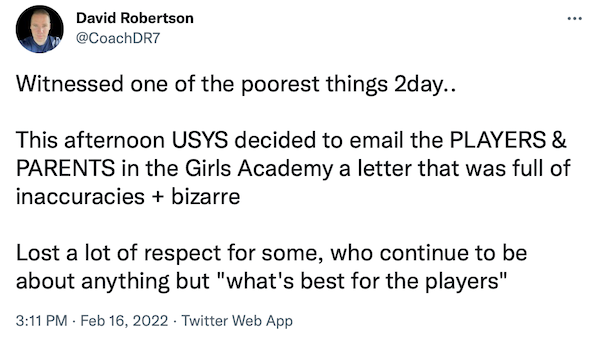 And these fights, not any federation influence, are the driving force behind barriers to entry in youth soccer. If playing soccer means traveling 1,000 miles several times a year, fewer people will be able to play soccer.

Yes, states and other organizations play a vital role in the growth of the game. We can’t emphasize this enough. Without state associations, U.S. Soccer would have no outreach into smaller population centers that aren’t served by massive youth clubs. The states are the first line of training for coaches and referees. They also run programs such as TOPSoccer for athletes with disabilities, and other federation members serve important outreach roles as well. Perhaps a stronger relationship between the federation and the states can be a building block for extended national teams such as the newly added deaf programs.

That’s just one example of a benefit that could come from a more unified federation membership. Other benefits would include better training -- for players, for coaches, for referees. The federation could do a better job of reaching into urban and rural areas. Better competition. Better players. A better experience for everyone.

To get there, federation members need better conversations. And that means listening more.

Cone has pledged to listen more. The national teams would do well to listen more as well, not just disengaging now that the prospect of a Cordeiro return has been rejected.

And it means the states and member organizations need to listen. They weren’t listening before the election. We can only hope they’ll listen now.