Soony Saad: the Lebanese-American globetrotter, travels the world for club and country, far from his Michigan roots 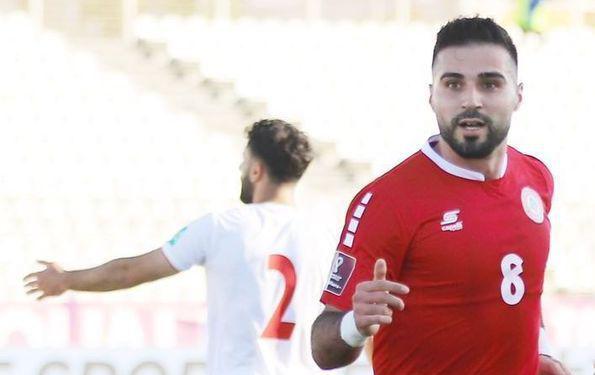 Considering his extraordinary youth ball accomplishments, a long pro career in the US looked likely for Soony Saad. How far and wide he'd go with it would have been harder to predict.

Saad set a Michigan state record of 172 goals at Dearborn High School and was the 2009-10 Gatorade National High School Player of the Year. He earned U.S. Soccer Development Academy U-16 Player of the Year honors with Vardar Academy and was the U.S. Youth Soccer national championship-winning MVP with the Michigan Wolves. Soccer America named him Freshman of the Year after he scored 19 goals in 24 games during his one year of college ball at the University of Michigan.

"I didn't feel wanted," Saad says. "At the end of the season, they came to me and said, 'What do you want to do next season?' They didn't ask me if I wanted to stay. If we had the system we did now, where young players were given the opportunity to play, I think maybe I'd be in another place."

Though he scored in his first and only appearance for Thomas Rongen's U-20s in a friendly against Canada in 2010, Saad was never called up again. Luckily for Saad, he could turn elsewhere. Thanks to his Lebanese heritage, Saad was eligible for Les Cedres, and when the Lebanese soccer federation came calling, Saad started a soccer-playing adventure of a lifetime. 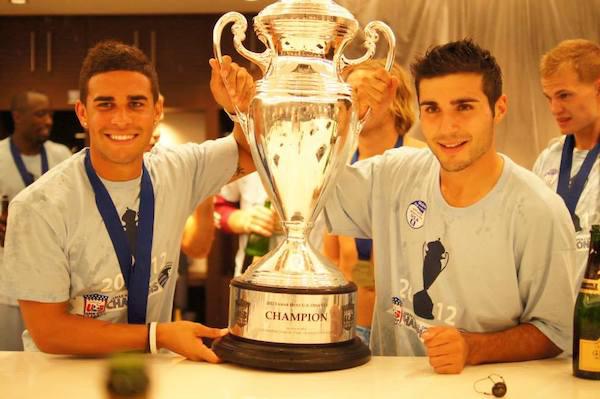 "I remember being at home with my dad and we had some Whatsapp calls from the Lebanese area code," Saad remembers. They spoke in Arabic so Saad had no idea what they were saying, but his father, Ali, fortunately did, and he asked his son if he was sure he wanted to switch national teams. "I was hungry to play," Saad says. "I think I made the right decision — going back I don't think I'd change anything."

It was a turning point in the 22-year-old's nascent career in more ways than one. "I had no idea the doors I had opened and the countries I would be traveling to," Saad says. Many Asian teams must roster exclusively domestic players with the exception of four spots: three international slots, often for players from South America or Europe, and one for a non-domestic Asian player. That's where Saad can step in. "My Lebanese passport is my golden ticket," Saad says. "They look specifically for guys with Asian passports like me."

Saad grew up in Dearborn, Michigan, a town outside of Detroit with one of the largest Muslim populations in the United States per capita ("Dearborn is about as Lebanese as you can get," Saad says). His father moved to Dearborn in the 1980s to escape the Lebanese civil war and met his future wife, Kristene, at the University of Michigan-Dearborn. A career man at Ford Motor Company, Ali always made time for Soony and his older brother's youth play.

"He was always pushing us to be better," Soony says. "We used to have player of game award as kids. We would score hat tricks and play super well but he would never give it to us. But of course it was for the best. He's my number one fan." 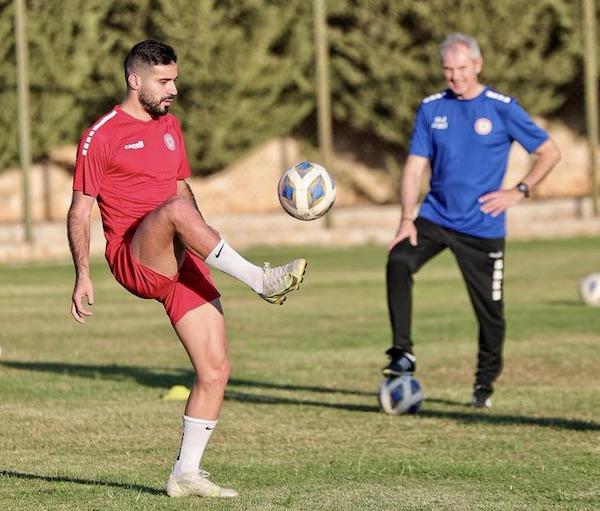 But neither Soony nor his father ever expected he would return to their homeland as a national team player. Saad entered the Lebanon national team program during a period of change for the federation when multiple dual-nationals were scouted for the team, a strategy aimed to reform the program following its 2013 game-fixing scandal and failed attempts to qualify for the World Cup. The remodel has proved partially successful — it is currently ranked No. 95 in the latest FIFA rankings, compared to No. 147 in 2016 — and Saad's squad made it to the final round of World Cup qualifying in Asia.

It went down to the March window, where losses to Syria and Iran ended Lebanon's hopes of qualifying for the Asia playoff of third-place teams.

"I'm missing those games due to injury, which is unfortunate. But being an American going to Iran — that may be not the best thing to do," he said. "So it's a little bit of divine intervention." 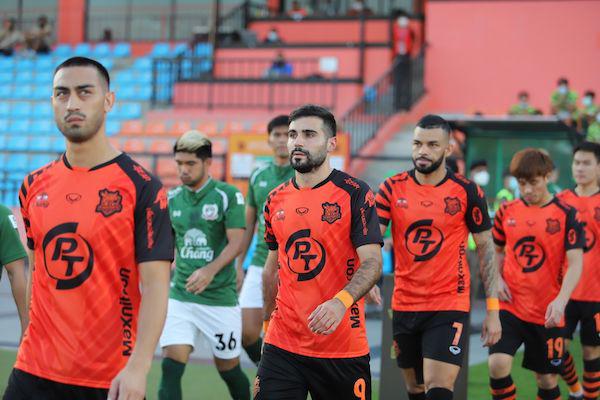 Since his time in MLS, Saad has played for clubs in Jordan, Lebanon, South Korea and Thailand, where he is based now playing for PT Prachuap FC. Saad's Asian tour has offered him a breadth of experiences — some good, some bad, many in between — across several distinct soccer cultures. And his time with the Lebanese national team has brought him close to some of the most perilous places an American could find himself.

On his first trip to North Korea, Saad was keen to hide his American passport. "When we went to North Korea, I was honestly terrified," Saad recalls. "When we were there the second day, they did a big missile test. These places, they kind of scare me. When we were leaving, our tour guide said, 'Yeah, we knew you were American. It's not a problem."

Saad recalls the time he went to Iraq for a qualifier and experienced the irregular travel habits that are required for war-torn countries: long stays in private airports, long waits for visas to process, and a heavy security detail with machine guns in the front.

"Going through security checkpoints through Iraq ... it's like things you see in a movie," Saad says. "The tournament we were there for turned out to be really nice: a ton of fans, Iraqis love Lebanese culture, so they applauded us and brought us flags even though they were our opponent."

In Jordan playing for Al-Wehdat, which represents Jordan's second largest Palestinian refugee camp, Saad's team was regularly pelted with water bottles. During a derby match against Al-Faisaly last year, flares and fireworks were thrown onto the field and riots broke out among the fans. "It's a crazy environment — nothing like the fans in the States or nothing you would ever see in the sSates," he said. "The language they use ... it's not suitable for family. It's passion — no, it's religion."

Or there's the time he was playing for Al Ansar FC in Beirut, Lebanon, and two fans met in the middle of the field during a match to, in Saad's words, "throw down." "It's like, they're doing karate kicks!" 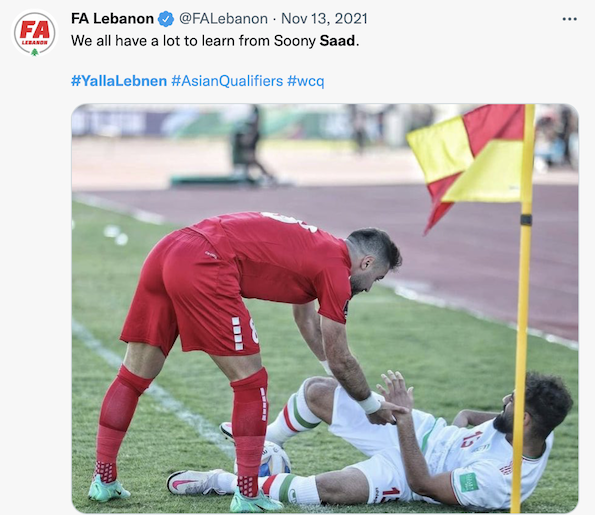 His time in Lebanon ended when the pandemic made the economic situation at his club dire. Finances were drying up and Saad's contract wasn't getting honored by Al Ansar FC. But that's just been part of the journey for Saad, whose dozen years in the pros has now spanned clubs in five nations.

These days, Saad lives with his wife, Malak, 10 minutes from the beach on the Thai coast, far away from the noisy, crowded streets of Bangkok where he lived during his first foreign stint playing for Police Tero FC in 2015.

"I'm almost 30," Saad says, speaking to his future. "I'm looking for some financial stability in terms of where I sign. Asia has a good market. I think I've closed the dream of playing for Liverpool. I would love to finish where it started back in Michigan ... seeing Detroit City getting their chance at the pro level, it would be enticing to finish there."

1 comment about "Soony Saad: the Lebanese-American globetrotter, travels the world for club and country, far from his Michigan roots".
Next story loading