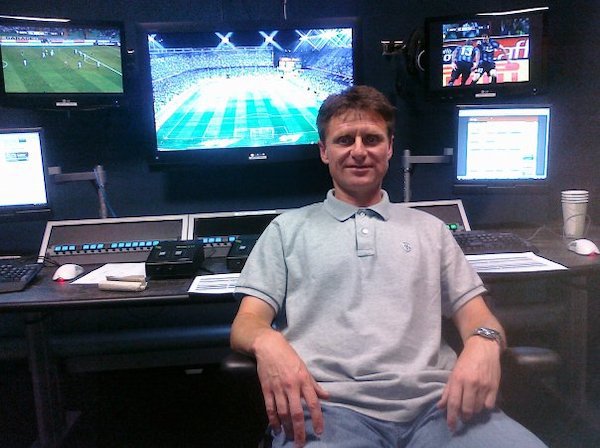 Janusz Michallik  is proud of his Polish heritage.

Born and raised in Chorzów – a city whose stadium was the longtime home of the Polish national soccer team, where it enjoyed tremendous success – he stayed in his country as a teenager even after his father Krystian, himself a national team selection, moved to Hartford to join the Bicentennials of the North American Soccer League. At the time, Janusz was playing for Poland’s youth national squad.

But the defender was never chosen for the full men’s team. So he moved to the USA too, embarking on a professional career in Cleveland, Louisville, Canton and Atlanta, before being drafted for MLS’s inaugural season. He played two years with the Columbus Crew and one with the New England Revolution, before retiring in 1998.

Because he had never been part of Poland’s full national team, he was eligible to play for the USA. – once he became a citizen. That seemed like a smart move. “This was before the internet. The coaches in Poland couldn’t see how I was playing over here,” Michallik says. 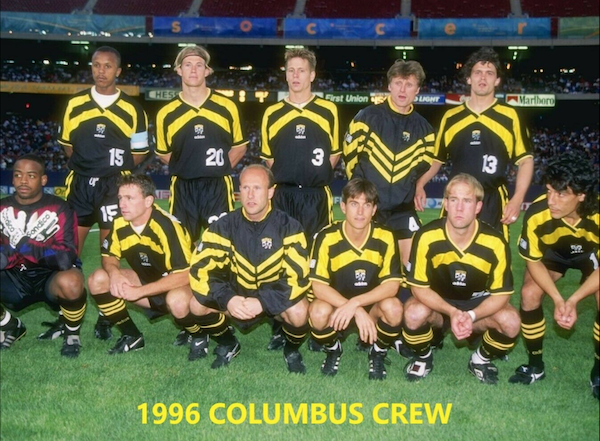 He missed an opportunity to travel with the Americans to Poland under interim U.S. coach (and fellow Pole) John Kowalski because his passport had not yet arrived. When it did, new coach Bora Milutinovic called him up. Michallik earned 44 caps between 1991 and ’94, helping the U.S. win the inaugural Concacaf Gold Cup in 1991 and U.S. Cup in ’92, when the USA beat Ireland, Portugal and tied Italy.

“It was the time of my life,” he recalls. “The (U.S. Soccer) Federation treated us very well. We all lived and trained together in Mission Viejo (California). We were competitive, and we played on nearly every continent in the world. I made friends everywhere. I have great memories of those days.”

After retiring from the professional ranks in 1998, Michallik pivoted to broadcasting. He was living in Connecticut, where his father remained after playing with the Bicentennials, and which has a robust Polish population in the Hartford area. On a flight back after playing Uruguay in Colorado, Michallik had a conversation with J.P. Dellacamera. The soccer announcer encouraged him to get in touch with ESPN, headquartered in Bristol not far from Michallik’s Glastonbury home.

More than two decades later, he is an established soccer voice – in two languages. He works for ESPN and SiriusXM. He is also heard on Polish television’s TVP Sport, and is a frequent guest on the Polish YouTube channel Kanal Sportowy.

Last year, he made several trips to Europe. He would have been there again this month, for the Poland-Russia FIFA World Cup qualifier. But after the Russian invasion of Ukraine, Poland refused to play. FIFA disqualified the Russians, advancing Poland to the mini-bracket final. They face the winner of the March 24 Sweden-Czech Republic match, on March 29.

Like the rest of the world, Michallik has been horrified by Russia’s attacks on a sovereign nation. But watching from thousands of miles away, he is filled with pride at Poland’s response. As millions of Ukrainians fled, neighboring nations opened their borders. Poland – immediately to the west – has welcomed the bulk of those refugees.

“There were no refugee camps in the beginning,” Michallik notes. “So ordinary citizens took people into their homes. They gave them food, shelter and safety. All over the country, people responded.” Some of those hosts are people he knows.

A Polish professional player bought an ambulance to drive people to the border. Robert Lewandowski’s wife has been active in relief efforts too, Michallik says.

The Polish soccer federation is assisting too. They offered the Ukrainian national team a training site – at no cost – and a stadium to host its games. 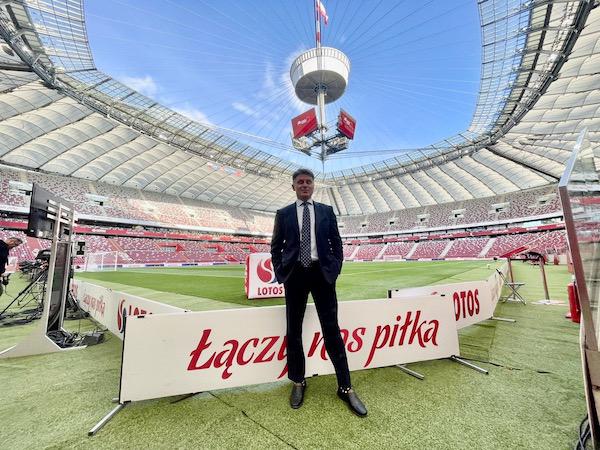 Soccer – the center of Janusz Michallik’s life – can seem trivial, given the daily drumbeat of frightening headlines. He says the war just a few miles away from the Polish border, and his country’s reaction to the humanitarian crisis, have put things in context.

“Things like this make me realize we are isolated in the U.S. We are lucky and privileged to live here. And it makes me think about all the other conflicts too, all over the world. They are all very important.”