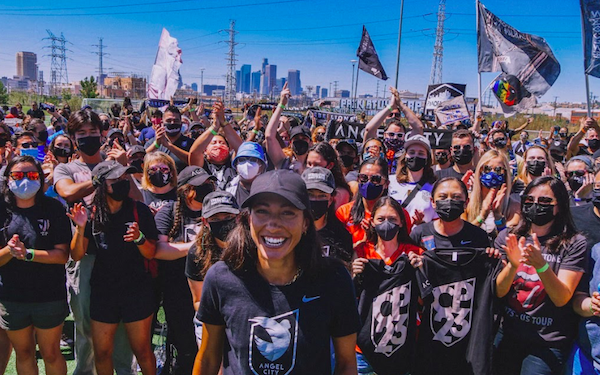 Christen Press could hardly believe what she was seeing: Thousands of soccer fans roaring her on as she toiled for a top-tier league side in what more or less is her own backyard.

Women's pro soccer returned to Southern California on Saturday night for the first time in more than a decade, and that was something Press, a U.S. national team star who was born in Los Angeles and grew up in tony Palos Verdes Estates in L.A.'s South Bay, never expected to experience.

Her Angel City FC side played the San Diego Wave to a 1-1 draw in the debuts of the National Women's Soccer League's two 2022 expansion clubs, delighting a raucous crowd of 6,307 that appeared larger -- most of Cal State Fullerton's 10,000-capacity Titan Stadium was occupied -- and sounded far, far louder.

It was a long time coming, an oddity that speaks to some of the issues the women's game has faced since the United States' 1999 triumph -- in front of jaw-dropping numbers of fans, culminating in 90K for the Rose Bowl title game -- sparked the first of three professional leagues in this country.

Southern California has been the epicenter of American soccer for at least three decades now, churning out talent that populates our national teams -- and those of some rivals, too -- as the sport's position in society has steadily grown into something quite important, no matter mainstream media's cluelessness to that fact. That has never counted for much in these leagues, at least until now.

Now there's Angel City, with a star-studded ownership group -- more on that later -- and season-ticket sales approaching 15,000, playing its Challenge Cup games in Orange County before moving into Los Angeles FC's Banc of California Stadium in Exposition Park for the season proper. And the Wave two hours south on the 5 freeway. Things finally are right in Press', and so many others', world.

“I've played my entire professional career to be able to come back home and play at home,” said Press, a two-time World Cup champion who has played for WUSA's magicJack and NWSL clubs in Chicago and Salt Lake City, in Sweden, and for Manchester United . “For the majority of my career, I didn't think it was going to become a reality. I felt like it was a long way away before we would ever have an L.A. team.”

It took the NWSL 10 seasons to reach California. In 16 years of pro women's leagues in America -- with the Women's United Soccer Association (2001-03) and Women's Professional Soccer (2009-11) paving the NWSL's path -- there had been just one Los Angeles team, the Sol, and for only one season, promptly disappearing after reaching the first WPS championship game.

San Diego, which is smaller and both culturally and geographically separate from Greater Los Angeles -- L.A., Orange and Ventura Counties and the most populous part of the Inland Empire -- but is just as if not more passionate about soccer, had a three-year run with the WUSA's Spirit. Nothing in the 13 years that followed.

Saturday night was a celebration of the drought's demise, with a riveted audience that stood in long lines to buy scarves or jerseys with Press' 23 on the back after lengthier queues to enter the stadium, then showered its gratitude onto those running up and down a pristine field.

All were abuzz about the electricity through the grounds. Wave head coach Casey Stoney, a former England national team star who had guided Manchester United's women the past three seasons, said things got so loud that she couldn't hear herself think and called it “one of the best atmospheres I've coached in.”

Most of the crowd was against her, of course. San Diego will make its home debut this weekend, Saturday night against the Portland Thorns at the University of San Diego's Torero Stadium, where the Wave will play until Snapdragon Stadium -- under construction on the Mission Valley site of the late, great Jack Murphy Stadium, long home to the San Diego Padres and Chargers and a regular USNT/Mexico stop -- is ready to go in mid-September.

“The atmosphere at Angel City was incredible,” Stoney told Soccer America on Sunday. “We want to match that, Raise that, really.”

Both teams plan to be competitive in their first seasons and have the talent to do so, San Diego perhaps more so. The Wave, led by with former U.S. head coach Jill Ellis as president, have built a deep, quality group long on experience and headlined by U.S. stars Alex Morgan up front and Abby Dahlkemper on the backline.

Angel City has two local stars -- Press up front and New Zealand captain Ali Riley from Pacific Palisades, just north of Santa Monica, at left back -- and standout midfielder Savannah McCaskill and defender Vanessa Giles, one of the keys to Canada's Olympic gold medal last summer. Who it doesn't have is U.S. star Julie Ertz, whose rights the club acquired in a December trade with Chicago Red Stars but remains unsigned. All appearances are that she won't play this season, at least not in the NWSL, but head coach Freya Coombe says the lines of communication are open. 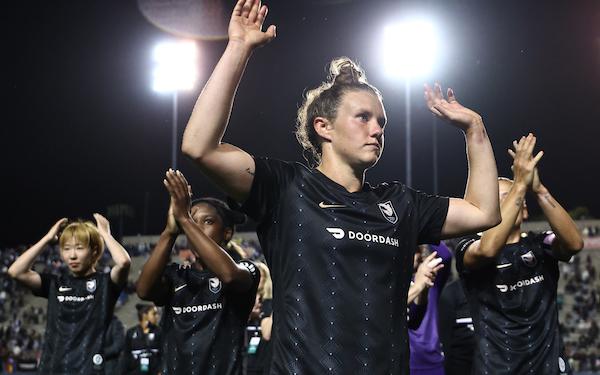 “We'd love to have her in with us ...,” said Coombe, an Englishwoman who spent most of last year at Gotham FC, which earned its first playoff berth since 2013, when it was known as Sky Blue FC. “We'll continue to have conversations, and we'll always have a place on the roster for her.”

The first game was a first game, in all that that entails. The teams are still building chemistry, figuring out connections, developing styles of play and constructing foundations for their cultures, and things were hit and miss for both sides. The Wave were far better before halftime, dictating terms through possession and recovery but unable to create much in the way of chances. Angel City, playing with more organization and vigor, looked stronger after the break and went ahead on McCaskill's header from Riley's feed in the 50th minute.

Jakobsson made an immediate impression upon entering in the 76th to team up front with Morgan, and San Diego rallied for the draw as Kaleigh Riehl scored from Marleen Schimmer's corner kick in the 81st.

“It's a great first step,” McCaskill said. “There's tons to learn from, but also there's great moments in there. Very good things to build from.”

Ten Angel City starters went the full 90. Morgan and Dahlkemper were good for just 45 for San Diego and Jakobsson for just 15. Fitness is another work in progress. The work was most important Saturday night -- the regular season begins April 29, and there remains much to do -- but the occasion, with so vibrant an audience, made it special.

Morgan, who grew up just a dozen miles north on the 57 Freeway in Diamond Bar, said she had “a lot of memories on this field” and that seeing “a packed stadium was really great for Angel City, but for all of us to play in front of this many.”

She, like Press, hoped for this day without confidence it would actually happen.

“I've always wanted a team in California since I've been a professional athlete,” said Morgan, who has won two World Cups and Olympic gold and bronze medals while racking up 115 goals in 190 U.S. games. “Not just to play here, but because California deserves to have a professional women's soccer team. ... It was time for a team or multiple teams in California, and I think it's great for soccer in California. I'm biased, but I think Southern California is the mecca of youth soccer, so to give that next generation access week in and week out is so important.

“That's where I grew my passion to play, is when I was watching the Sol and teams before that. When the national team would come to L.A., it was always a really exciting thing. ...

“It's a little surprising [that it's taken this long], but better late than never.”

The wait has been curious, given Southern California's tradition in the sport and population somewhere in the neighborhood of 20 million, and it's worth pondering whether an American league can be considered truly “major” without a team in L.A. or its expansive suburbs. There are two in each of the seven major men's competitions (NFL, MLB, NBA, NHL, MLS, plus college football and basketball), although the NFL -- and L.A. -- thrived without an NFL team between 1994 and 2016.

Pro women's soccer's greatest battle has always been with economics. The WUSA and WPS had fantastic sides loaded with the world's finest talent -- something the NWSL does not possess -- but revenues never came close to covering costs. Finding appropriate management in Los Angeles has been difficult. The Sol, who won the regular-season title in WPS's inaugural season and lost in the title game (to Sky Blue) after giving up an early goal and taking a 27th-minute red card, died because Galaxy owner AEG exited the partnership with semipro powerhouse Pali Blues at the end of that season. 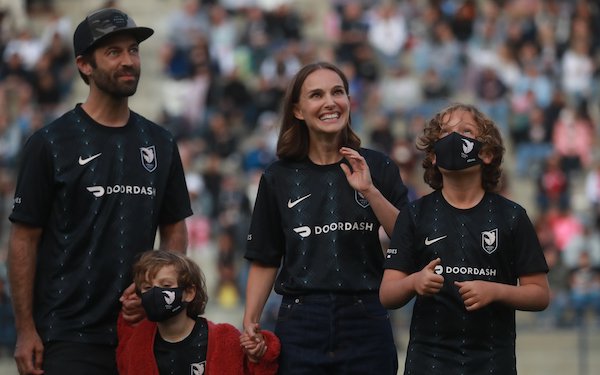 (San Diego is a little more laissez faire about pro sports -- the Padres are the only major team, although there's also the Landon Donovan-coached San Diego Loyal in the United Soccer League -- but are back in the game thanks to Ron Burkle, who last year decided the Wave would play in San Diego rather than Sacramento after he pulled out of MLS's Sacramento expansion effort.) 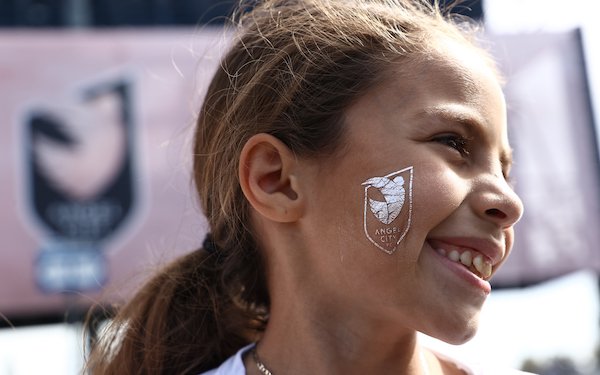 The addition of these clubs is a big step forward for the NWSL and for women's soccer in this country, and whatever it took, Press is ecstatic to see it happen.

“Southern California is a hotbed for soccer, and so much of our talent in this country comes from this area,” she said. “Now for that mass population of young girls to have professional teams to be able to watch and study and learn from, but also to dream of and be inspired by, I think it's transformative. I hope it is.”