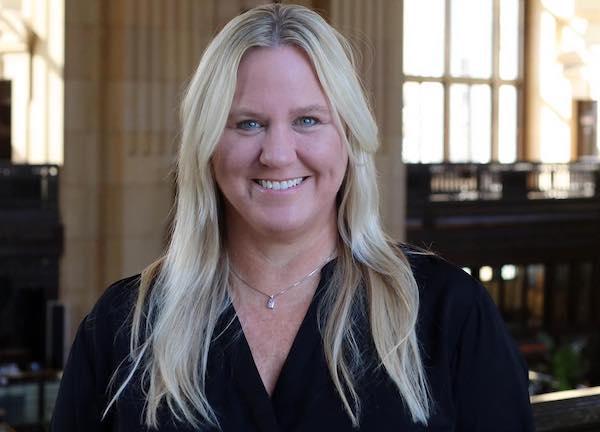 Several years ago, a referee told one of Lee Jarrell’s players to remove the beads from her new hairstyle. Jarrell appealed, but the official stood firm. Sorrowfully, the girl’s mother stripped all the beads out.

Jarrell never forgot that “awful” incident. In February – in her new role as United Soccer Coaches’ first-ever high school programs manager – she was as an observer at the National Federation of State High School Associations (NHFS) rules committee meeting. After an hour of listening to a discussion by “almost all white men” about hair adornments – specifically beads – she told her story.

“They talked all about refs, but not a single mention of what was best for the player,” she recalls. “I asked them to think about little girls and boys with beads, who might see a high school player that looks like them.”

Her inclusivity plea worked. The rule change allowing beads passed with only one dissenting vote.

That’s one small example of the impact Jarrell hopes to make on all high school coaches. The high school programs manager position was created earlier this year, in recognition of the importance of high school coaches to the 30,000-member United Soccer Coaches organization – and the tendency to overlook their contributions to the game.

“I think there’s something sexy about college coaching, and club coaching too,” says Jarrell. “But high school is not always looked at as the highest level of the game.”

She knows a thing or two about those levels. Growing up in the Midwest, she played on her school’s first-ever girls team. She coached at the recreational, club and high school levels. She is married to a high school coach (though not soccer); their three children played high school soccer, and other sports.

High school coaches have different roles than club coaches, she notes. The latter group sees their players for a couple of training sessions a week, plus games. The former spend five or six days a week with them; they see them at their highest highs and lowest lows, as they interact with other teachers, and represent their school and community under a sometimes strong public gaze. 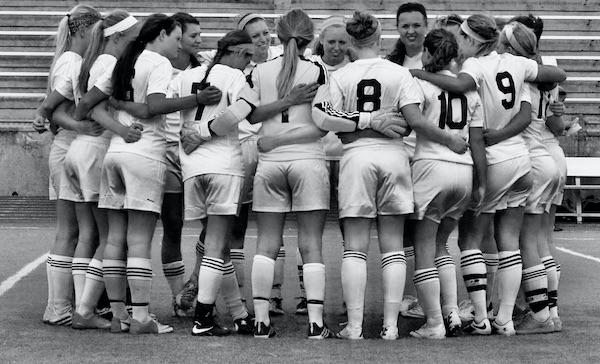 Jarrell’s job description is “ever-changing.” She’ll do plenty of listening, asking members how she can enhance their experience through education, awards and the convention. She’ll work with state high school coaching associations, which run the gamut from highly organized to nearly non-existent. She’s organizing an advisory group that will reflect the geographic, ethnic, age and gender range of high school coaches across the country.

She hopes to build bridges between United Soccer Coaches and the NFHS, high school sports’ national governing body. She acknowledges the rift between high school and club coaches – particularly at the elite and academy levels – and would like to “mend fences” there.

She will also add “one-stop shopping” to United Soccer Coaches’ high school page, offering resources in areas like program-building, engagement with parents and the community, education, health and wellness, and nutrition and recovery.

Jarrell believes that high school sports in general have “never been more important. COVID has shown us that the mental health of teenagers is at an all-time level of concern. And it’s brought out economic issues. Not every player can afford club soccer, but high school is accessible to almost everyone. The more we can support coaches in those areas, the more we can impact the game.”

High school coaches appreciate learning that they have their own advocate in their professional organization. United Soccer Coaches’ January convention included several special high school events. “The sky is the limit” for future meetings, Jarrell says.

“Clubs come and go. High school sports are a constant,” she notes. “But as much as we’ve done, we’ve only reached a small percentage of high school soccer coaches. There are so many more to engage and interact with, to make their jobs easier."

Including not worrying about removing beads from a player’s hair.