Obed Vargas: Alaskan teen with Mexican roots on the rise with Seattle Sounders 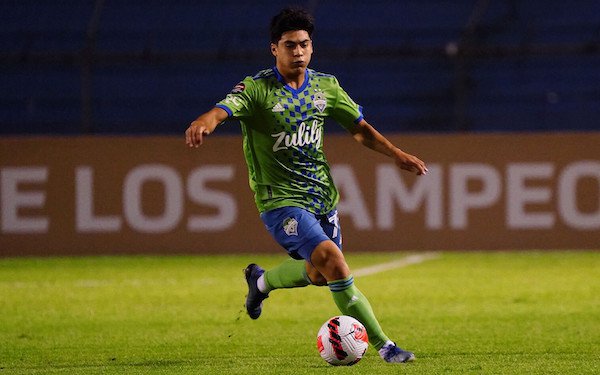 If you ever need proof that things can change in soccer very quickly, look at Obed Vargas. Five years ago, Vargas was an 11-year-old youth player way up north in Anchorage, playing for Cook Inlet Soccer Club, and coached by his father. Flash forward to 2022, Vargas is one of the top American prospects of his age group.

The start of the current MLS season has seen Vargas make significant strides in his game and he has been awarded impressive opportunities way beyond his years. Thus far, Vargas has appeared in all five of Seattle’s MLS games, including three starts for a team among this season’s league title favorites. He has also appeared in all five of Seattle’s Conacaf Champions League games, including three starts — most impressively the 3-0 win over Leon in the first leg of the quarterfinal.

"The kid has a good feel for the game,” Seattle head coach Brian Schmetzer said. “He's not afraid. Starting him in a Concacaf Champions League down in Honduras was a big challenge for him, and he rose to that ... You cannot argue about the kid's heart, his desire, his character. I thought he was great, but there is room to grow."

On Thursday night, he came off the bench to help the Sounders preserve a 3-1 win over New York City in the first leg of the team’s semifinal, with the winner advancing to face either Pumas or Cruz Azul in the final.

“It means everything to us,” Vargas said. “We want to become that first MLS team to win that tournament and put the Sounders in history forever.”

While Vargas has accomplished more than most 16-year-old American players, what has been most important are the lessons learned during his rise to the Sounders first team. Off the field, he relies heavily on his family and notes that in his perspective, he hasn’t scratched the surface of what he wants to do (“I've really done nothing, really.”). But within the Sounders, he has surrounded himself with some of the best players in the league who are very willing to teach him what it is like to be a top player.

“It's a special thing when you're very young and you have guys like Nico [Lodeiro] and Raul [Ruidiaz] around you,” Vargas explained. “They've been to World Cups, played against the best players in the world, and know what it feels like being in those moments. They’ve transmitted that to me and given me confidence — and that I have to do my job. If I don't, I will not play. It's been a balance between giving me that confidence that I'm good enough and that I have responsibilities and a job to do on the field.” 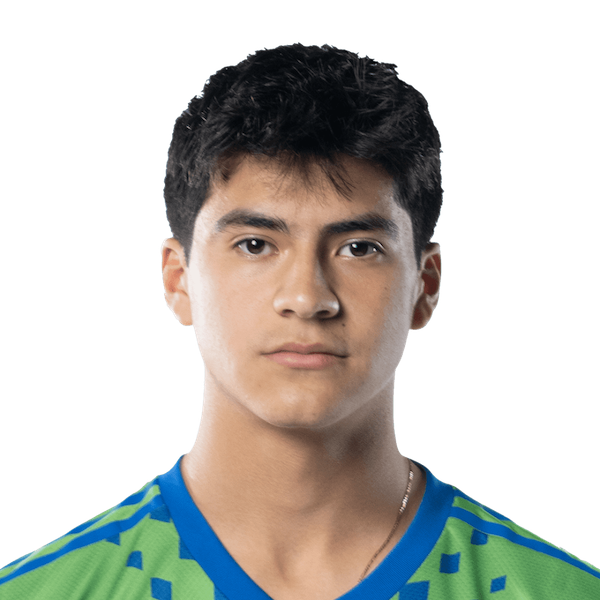 The veteran Seattle players also agree that Vargas has responded well to the challenges and opportunities that have been presented to him.

“He's been fantastic since preseason started, in all the games he has played in,” Sounders Designated Player forward, Slovakian international Albert Rusnak, said. “He's played above the expectations you can have for a 16-year-old. He's overachieving at the moment. This is the kind of mentality that all the youngsters need to have. When their chance comes, they have to take it. They have to make it difficult for a coach to take them out of the lineup.”

Vargas’ rise with Seattle has led to opportunities with the United States U-20 national team. As a 2005-born player, Vargas is eligible for the following U-20 cycle for the 2025 U-20 World Cup but could very well earn a spot June’s dual qualifying tournament where the U.S. team will attempt to qualify for both the 2023 U-20 World Cup and the 2024 Olympics.

After a U-20 strong camp in January, Vargas backed up his effort with an even better camp in March where he played in a 2-2 draw with Argentina and scored in a 5-3 win over River Plate all while being the team’s youngest player.

“Obed did really well at the camp, and I would say Obed was one of the biggest surprises at the camp,” U.S. U-20 head coach Mikey Varas said after the January camp. “I have given Obed the challenge to play his way into this group. He is a really strong player and it's a tough position. But he did a really, really well. He's a top talent.”

As U.S. Soccer has grown, the player pools for the full national team and youth national teams have become far more diverse. In addition to the traditional soccer hotbeds of New Jersey and Southern California, top domestic talent now comes from places such as Central Pennsylvania, Alabama, or Oklahoma.

Alaska, however, is still a unique source for elite U.S. talent.

“The players there pushed me. You look at Alaska and you think: Oh, there's not many good players. But there might not be a lot of teams, but they have decent players. They have competitive players that push themselves and will fight.”

While Alaska was a good place for Vargas at the start of his youth career, he knew eventually he had to leave. In his early teenager years, he was identified by Seattle Sounders scouts at a regional tournament. The Sounders offered him a spot in their academy with a path to the USL team and, if successful, an opportunity with the first team.

For Vargas and his parents, the move to the “lower 48” was daunting but Vargas knew he had to take it.

“I knew I had to get out of Alaska and keep pursuing my dream,” Vargas explained. “When Seattle came out and they said they wanted me, it was pretty easy for me to say yes. But the whole process was very nerve-wracking for my parents letting one of their sons go. … Just having me go by myself and to a whole different state. You could feel that tension of my parents wanting to let me go. I didn't necessarily want to leave my house, but I had to.”

The Vargas family does not have a long history in The Last Frontier as both of Obed’s parents are immigrants from Mexico who moved to Alaska for work. In addition to being his youth soccer coach, his father played at the youth levels of Mexican club Atlético Morelia.

Soccer was an important part of life for the Vargas family and this also raises questions about Obed’s international future. As a player eligible for both the United States and Mexico, Vargas is firmly on the radar of both programs – at least at the youth level.

Mexico has been aggressive in recruiting young Mexican-American players, and Vargas takes great pride in his dual citizenship because he admires both countries. When asked about such a potential decision, he insists he will take his time as there are numerous factors at play.

For Mexico, he and his family were staunch supporters of El Tri. For the United States, he grew up in the country and is having positive experiences with their U-20 national team. He also indicates he will stick with the U.S. at the youth level – which could allow him to grow more attached to the program.

“I grew up a fan of Mexico,” Vargas explained about how he could view a choice. “But the United States has given my family and myself so much that I feel I could also play for the United States and be immensely proud of wearing the badge. I don't really worry about it too much right now. I am still very young and I'm happy to play for the U.S at the youth level. When the decision is closer, I'll think about it more deeply with my family and close friends.”

For now, such decisions are only hypothetical and are for another day. In the meantime, he will continue to raise his profile as he chases an impressive amount of silverware in the coming months. The Concacaf Champions League, MLS Cup, qualifying for the U-20 World Cup, and ending U.S. Soccer’s Olympic drought are all within reach. When you consider where he was five years ago to where he is now, and what goals are within reach, it’s quite a climb.