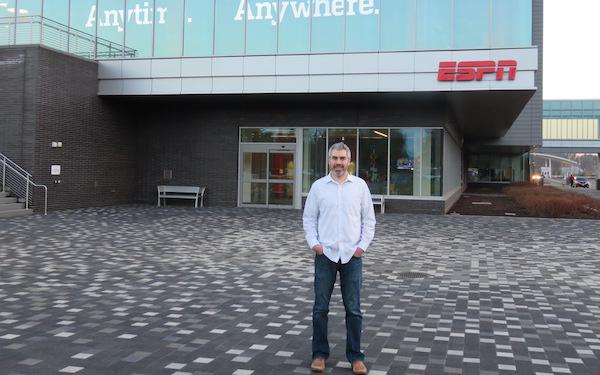 In 2010, Paul Carr learned that no U.S. men’s team substitute had ever scored a World Cup goal.

He was at that FIFA World Cup in South Africa, working as a senior researcher in ESPN’s Stats & Information Group. No substitute tallied that year either.

But four years later, John Brooks came off the bench at halftime. His 86th-minute header gave the USA a stunning 2-1 victory over Ghana, to open the 2014 World Cup in Brazil.

Carr was there, in Brazil. He remembered the factoid, and passed it along to Ian Darke. The announcer mentioned it before the ensuing kickoff.

That’s one type of statistic Carr has made a career of finding, remembering and passing along. He’s also adept at analyzing match statistics, like passes, and shots on goal.

But the business of analytics is now far beyond that. Thanks to technology – and an ever-evolving demand for numbers – the soccer world has access to stats like passing accuracy, line-breaking passes, runs off the ball, and one of Carr’s favorites: “expected goals” (the quality of a chance, as calculated by the likelihood of success from a particular position on the field during a particular phase of play). 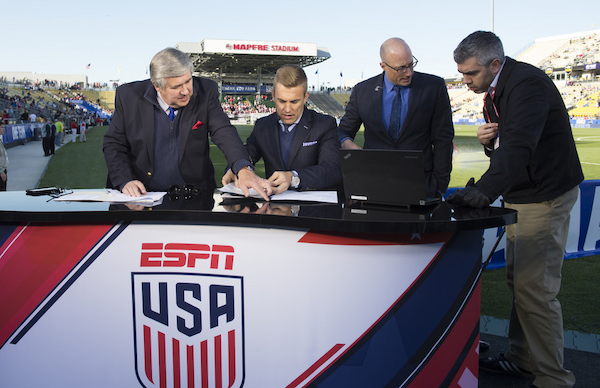 Soccer was traditionally not a statistics-driven sport. Its free-flowing nature and low scoring made it less beholden to numbers than, say, baseball, where pitches, hits and outs, or football (yards, passes, tackles) can be recorded clearly (and easily, between breaks in action).

Traditional statistics, Carr says, can be misleading. “Shots on goal” may include worthless shots directly at the keeper, while missing the much more dangerous ball that whistles inches wide of the post.

But the evolution of the game has made soccer stats more easily measured and analyzed. There’s a market for them too, including coaches, players, front office personnel, broadcasters and fans.

Carr has always loved numbers. He played soccer recreationally as a youngster in Kansas, and was excited when the 1994 World Cup came to America. He arrived at Wheaton College in Illinois the year after its soccer team won the NCAA Division III men's national championship. From friends on the team, the communications major learned about the international game. He broadcast Wheaton games on radio, kept statistics and, he says, “played a lot of FIFA.”

After stints as a radio, television and newspaper reporter in Topeka, he was hired by ESPN. After two years with the “Mike & Mike in the Morning Show,” he moved to the Stats & Information Group. Carr worked dozens of international games, producing voluminous fact files on countries, teams and more.

In 2018, after 10 years at ESPN, Carr left Bristol, Connecticut for his native Kansas. He works for TruMedia Networks, building analytics platforms and metrics for over 100 teams and media clients in MLB, NFL, the NCAA, even cricket.

But there’s a special spot in his heart for soccer. 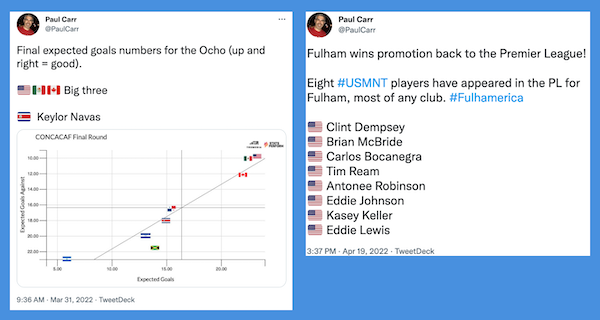 Carr knows that basic statistics don’t always tell a true story. One team can outshoot another, and lead in corner kicks, yet lose 1-0.

It’s the newer, more refined, dig-deeper stats that can truly help. Some of those numbers and metrics are available by computers. They can count touches, analyze who is where on the field, determine how quickly they move (and if they move as well at the end of a match as the beginning or middle). It takes milliseconds to record what human beings once labored to do. It costs less, too.

Soccer analytics can help “prove” what coaches, players and fans instinctively understand. “Everyone knew Xavi was great,” Carr says. “But you couldn’t really quantify the number of quality passes he made.”

Of course, soccer’s various stakeholders have different uses for statistics. A television announcer looks at numbers one way; a coach planning for an upcoming match, another; a scout assessing players, a third. “Context is king,” Carr notes.

The soccer world is still figuring out which statistics are important, and how to use them. But though they are his profession, Carr cautions they are not the most important part of the game.

The finish of last year’s Nations League final was “nuts,” Carr recalls. He got caught up in numbers, as the USA and Mexico battled back and forth, end to end.

But he’s a soccer fan. So when the match was over, he replayed it. He wanted to savor the beauty and tenacity of the Americans’ 3-2 victory, without any statistics in mind.