Qatar 2022: What to know about attending the World Cup 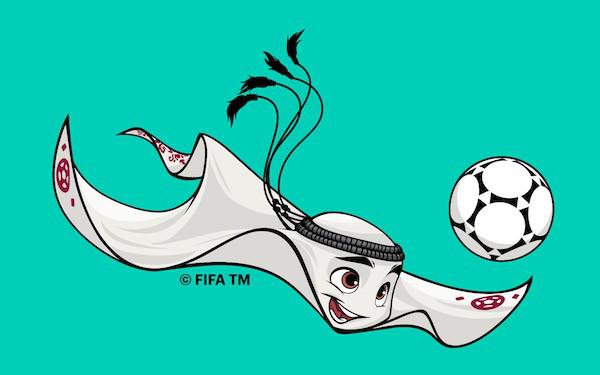 Qatar has eliminated most Covid-19-related entry and tracing requirements for visitors during the World Cup:

1. Visitors to Qatar no longer need to provide a negative Covid test. Previously. they were required to present a negative Covid-19 PCR or Rapid Antigen test result before traveling to Qatar.

2. Visitors no longer need to pre-register with the Ehteraz contact tracing app, nor use it to enter public indoor spaces. (It will only be needed to enter health-care facilities.)

A Hayya card is still required to enter Saudi Arabia. It serves as a visa and travel pass (free public transportation).

(Qatar previously eliminated proof of a recent Covid-19 vaccination to enter the country.)

A third floating hotel set to dock in Doha

A third cruise ship has been hired by World Cup organizers to operate as a hotel docked in Doha. The 1,075-cabin MSC Opera will be available from Nov. 19-Dec. 19. Prices listed Monday on MSC’s website began at 470 Swiss francs ($470) per person per night during the group stage, with a minimum two-night stay. Also docking in Doha will be the MSC World Europa and MSC Poesia.

Qatar's Supreme Committee for Delivery & Legacy, responsible for organizing the World Cup, says up to 130,000 rooms will be delivered in time for the tournament: "This is a comfortable inventory for fans, teams and sponsors traveling to the FIFA World Cup Qatar 2022." But some fans still have not managed to book any accommodation. With less than two months to go, their concerns grow.

A delegation of the Football Supporters' Association, representing fans of the English and Welsh national team, recently traveled to Qatar and published a guide on what to expect in Qatar. The Guide to Qatar covers many topics already familiar to most fans planning on traveling to the World Cup. One issue not well known: Some hotels don't plan to show games in bar areas because of the cost of a beIN license. And the same goes for rooms in some hotels and apartments.

• Booze bans, grim rooms for fans at inflated prices and Big Brother spy cameras ... with just 61 days to go, what the World Cup will really be like for supporters By ian Herbert (Daily Mail)

World Cup 2022 organizers have had almost 12 years to prepare for the World Cup, the longest lead time in history.

The final dress rehearsal was held in conjunction with the Lusail Super Cup between Al Hilal of Saudi Arabia and Egypt's Zamalek at the 80,000-seat Lusail Stadium, which will host the World Cup final on Dec. 18.

How did it go? Not well.

Qatar's eight World Cup stadiums are set to be alcohol-free, and beer sales outside the stadiums will only be allowed before and after some matches, a source with knowledge of the organizers' plans told Reuters.

Fans will also be able to buy beer during restricted times in certain parts of the main FIFA fan zone in the Al Bidda park in Doha.

Not a "dry" state like neighboring Saudi Arabia, Qatar limits the sale of alcohol to a few establishments. Consuming alcohol in public places is illegal in Qatar.

Remaining World Cup 2022 tickets to go on sale on a first-come, first-served basis

The remaining tickets for the 2022 World Cup in Qatar will be sold on a first-come, first-served basis, beginning on Tuesday.

Fans will be able to purchase up to six tickets per match for which tickets are available and a maximum of 60 for the entire tournament.

Fans can confirm their purchase immediately after making their selection and processing the payment. Sales open via FIFA.com/tickets on Tuesday at 5 am. ET. In the event of high demand, a queue management system will be used.

A total of 1.8 million tickets having been sold already. Besides, the top 10 countries for ticket sales based on country of residence in the latest sales period were (in alphabetical order) Canada, England, France, Germany, India, Saudi Arabia, Spain, the UAE and United States.

Qatar hopes to attract World Cup visitors in camping in the desert, pitching 1,000 "Bedouin style" tents. Omar Al-Jaber, the Supreme Committee for Delivery and Legacy's head of accommodation, said 200 of the tents will be luxurious, commanding "expensive" nightly fees.

Article 136 of Qatar's penal code has been condemned by Amnesty and Human Rights Watch. May Romanos, Gulf Researcher at Amnesty, told The Athletic: “It is anything that is perceived to harm the national interest, change public opinion, or infringe on the social system. Anything could fall under this. It’s a catch-all which deters freedom of expression." Offenders could be sentenced to a maximum of five years in prison and a fine of 100,000 Qatari riyals (around $25,000).

To relieve pressure on the Qatari hospitality industry, which won't be able to meet demand for all World Cup fans desiring to stay in Qatar during the tournament, several Middle Eastern airlines have opened up advanced shuttle flight bookings during the tournament from nearby countries such as UAE, Saudi Arabia, Jordan and Kuwait to Doha.

The main security concern of 2022 World Cup organizers will be controlling hundreds of thousands of fans expected to be in Qatar‘s capital, Doha.

The issue: All of the games will be held in and around Doha. FIFA Security Director Helmut Spahn told attendees “approximately 350,000” people could be in Doha “at the same time."

According to FIFA, 23.5 million ticket requests were filed during the second ticket sales phase for the 2022 World Cup in Qatar.

The most number of ticket applications submitted by a single country came from Argentina. It was followed Brazil, England, France, Mexico, Saudi Arabia, and the United States in terms of ticket demand for the group stage matches.

The most popular single matches:

Ticket applicants will be notified of the outcome of their ticket applications by email starting May 31.

More than 800,000 tickets sold in the first ticket sales phase.

Please use the comments section below to let us know about anything related to your plans to attend Qatar 2022.

world cup
9 comments about "Qatar 2022: What to know about attending the World Cup".
Read more comments >
Next story loading