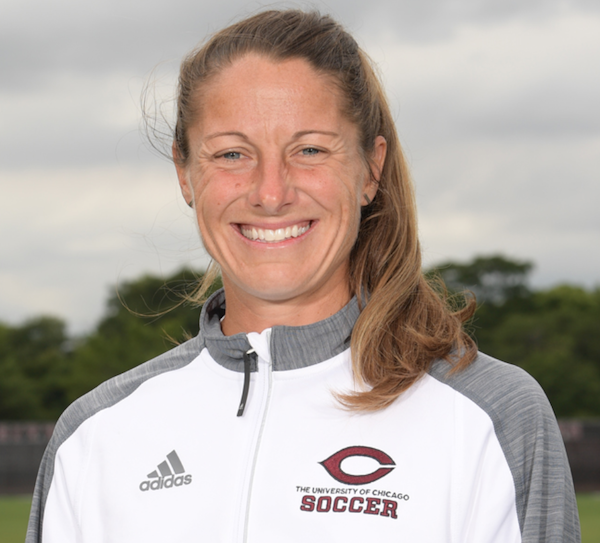 In April, Julianne Sitch  was named head coach of the University of Chicago men’s soccer team.

That instantly doubled the number of females coaching men’s squads in the University Athletic Association. And in all of NCAA men’s soccer.

That says something about the Division III UAA conference. As well as college soccer in general.

The day after Sitch took the reins with little hoopla, she led her team through a productive, no-nonsense training session.

But she is still a rarity.

The Oswego, Illinois, native began playing soccer when she was 5. She was the only girl on a team of boys. She was a natural athlete, enjoying gymnastics, volleyball, basketball, softball and track until high school, when she focused on soccer. The decision paid off: She was named Illinois Gatorade Women’s High School Player of the Year in 2002. 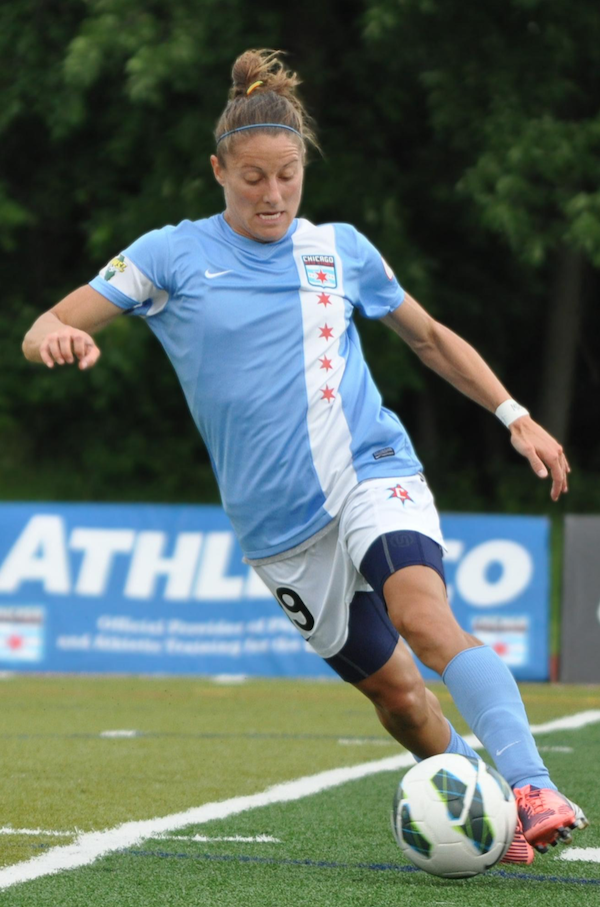 After breaking school scoring records for points (90), goals (32) and assists (26) at DePaul University, earning NSCAA All-America second team honors, and playing on the U-19 and U-21 national teams, Sitch was drafted by WPS's Sky Blue FC. They won the national championship in that inaugural season of 2009. During the up-and-down years of women’s pro soccer, she also played for the Chicago Red Stars, Western New York Flash, Atlanta Beat, Melbourne Victory (Australia) and Hammarby IF and Balinge IF (Sweden).

“I’ve been to a lot of places, and met a lot of neat people,” she says. The soccer relationships she has formed mean a lot: Last week, the daughter of her host family in Sweden visited Stitch in Chicago.

Sitch majored in physical education and fitness management at DePaul, with an eye toward teaching. But running clinics with the Red Stars, and coaching club soccer in Chicago, made her realize she could “inspire people to achieve their dreams, in a healthy way” through soccer.

Her coaching stops included two stints as an assistant with the University of Chicago women’s program, and two with the NWSL Red Stars. She also served as the Red Stars’ reserve team head coach.

When the University of Chicago men’s job opened up, she realized she wanted to be in the college environment. “It was a no-brainer” to apply, she says. She likes the ages of college athletes, and the chance to help them holistically at an important time in their lives. She likes the Chicago community, with an athletic department supportive of all sports.

The interview process was similar to any other position. She was asked about her coaching philosophy, her coaching style, her goals for the program – not her gender.

“This is an opportunity to coach athletes to be the best they can be,” Sitch emphasizes. “It doesn’t matter if the athletes are male or female. It’s a chance to coach soccer, and create a championship culture.”

She describes her own philosophy as “hard work, blue collar, resilient. We’ll always outwork our opponents.” She believes too in “strong character. How we carry ourselves is important.”

Still, she does not discount the importance of being a female coach, at any level and with any team. Wyant has inspired Sitch; she in turn hopes to inspire others. “If a young girl doesn’t see it, she can’t believe it,” the Chicago coach says. “I hope Kim and I can open doors, so girls can see us.”

Sitch was announced as the new Maroons coach on April 20. That night, she met the team. The next day, they trained.

“It’s been phenomenal getting to know them,” Sitch says. “They work hard. They’re buying into the culture.” The spring season included a 1-0 victory over a local semipro team.

But back one more time to Julianne Sitch’s status as only the second woman coaching a men’s NCAA team – and the second in the UAA. What does that say about the conference, and the game?

“It’s probably just a coincidence,” she says. “There are a lot of great conferences out there.” And, though she did not say it: A lot of great women coaches ready to coach men out there too.