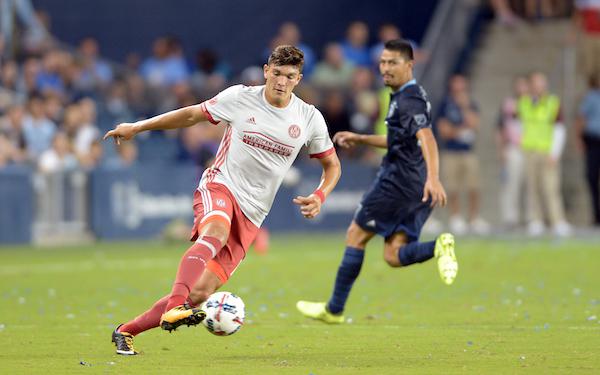 The 2015 U.S. U-17 team did not do well at the World Cup that year, but players who came from that team have been at the heart of a generation that's succeeding at the highest club levels — and have been part of 2022 World Cup-bound U.S. team. Tyler Adams, Christian Pulisic  and Luca de la Torre were on that U-17 World Cup team. Club America’s Alejandro Zendejas was on that team but has earned recent caps for Mexico. Haji Wright is on an eye-opening run in the Turkish league. Reggie Cannon and Weston McKennie were part of that U-17 team but didn't make the final roster.

Among that class of players, Brandon Vazquez was the team’s top forward. He overtook the starting job from Wright at the U-17 World Cup and scored twice in the group stage.

But the start to Vazquez's professional career was difficult. He played behind Josef Martinez in Atlanta before moving to Cincinnati in 2020. Until this year, Cincinnati was dysfunctional — finishing with the league’s worst record its first three seasons from 2019 to 2021. It was a tough place for Vazquez or any player to develop.

The 2022 season, however, has seen Cincinnati make significant changes with a new general manager in Chris Albright and a new head coach in Pat Noonan. After an adjustment period at the start of the season, the team has improved with 16 points from 11 games and on a three-game win streak.

Vazquez, 23, has been a huge part of that. With six goals, Vazquez is one goal shy of the MLS scoring lead. But more than just the quantity of goals, his strikes have come at important moments. Last week, he scored late in stoppage time to deliver a 1-0 away win over Minnesota. In March, his pair of goals lifted Cincinnati to a 3-1 win over Inter Miami. The week before that, he netted twice in a 2-1 away win over Orlando.

“I'm feeling great,” Vazquez told Soccer America. “The team has been playing really well. We have a really strong team and a lot of positivity in what our coach wants to instill in us and the way we want to play. We've created a lot of chances and I'm happy I've been putting a lot of them away.”

Confidence is at an all-time high in Cincinnati and thoughts are not simply avoiding the “wooden spoon” – the term given to the team that finishes with the fewest points – but rather even the playoffs. On Saturday, Cincinnati visits a Chicago team mired in last place in the East. It is a winnable game that could vault Cincinnati, theoretically, into second place.

“This year the biggest difference for me that I noticed is that every single one of our players is putting in the work,” Vazquez said about the improvement. “Everybody's really hungry and really excited to know that we have a winning team.”

“It was really difficult,” he added about last season. “There was lot of negativity, unfortunately, when you're losing that much. There was a lot of pointing fingers when it was happening, and it wasn't a good atmosphere in training. ... For me personally, I knew I had to stay positive. I wasn't getting as much playing time last year and I had to keep working for myself and putting any extra work and it's paid off for sure.” 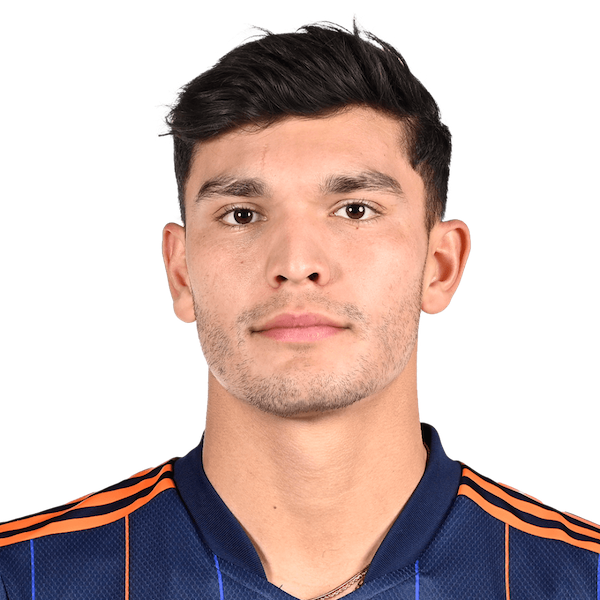 Standing 6-foot-3 with a muscular frame, Vazquez has the size to handle the physical side of the game. But lately he’s been working on his finishing and movement inside the box to get into dangerous positions. Such work was evident in the late winner against Minnesota.

“We know Brandon’s physical qualities in giving us the ability to hold the ball and move our lines but also his ability to attack the box and finish plays off," Noonan said of Vazquez. "If you see him after training, he’s working every day with Dominic Kinnear to improve in front of goal. There was no surprise to any of us that he gets us two important goals and helps us win a game with the work that he’s putting in."

Vazquez is also not completely unaware of how his success at Cincinnati plays into a bigger picture. Some of his best friends are on the national team. While it was many years ago, the 2015 U-17 team remains a tight-knit and he is in regular contact with players such as Adams, who is a friend.

One of the more talked about concerns with the U.S. national team heading into the World Cup is the struggle to find a dangerous center forward. The problems are well known and list of options Coach Gregg Berhalter has tried is long.

Josh Sargent was the first option at the start of qualifying, but he faded after a tough season. Ricardo Pepi appeared to break through but his transfer to Augsburg has been exceptionally difficult, and he has not scored for club or country since October. Jordan Pefok has had a great season and looks set to win the Swiss league’s Golden Boot, but his national team appearances have been unconvincing. Jesus Ferreira has played well but is a different type of forward, moving into midfield more often. Daryl Dike has struggled with injuries. Gyasi Zardes has faded in 2022. A wave of youth prospects such as Sebastian Soto has not emerged.

The upcoming camp for the friendlies against Morocco and Uruguay along with the start of the Nations League could be the last chance for Berhalter to look at new players. Following these games, the only remaining camp before the World Cup will be in September and that will probably be used to fine-tune the team.

Vazquez acknowledges that this has been a big source of motivation for him in recent months. He knows his former U-17 teammate Wright looks set to earn a call-up and his first U.S. cap but Vazquez is hoping to join him.

“For me, anything is possible,” Vazquez said about the national team. “You've seen it before with last-minute players that come in to make the World Cup roster that weren't in qualifying. All I can do right now is keep the same rhythm and keep working. Everything happens for a reason. If I get called upon, then I'm ready for it. I've been wanting to be in that position for years and years. I've dreamt about it. To be close to that opportunity and be in talks for it — it motivates me even more.”

Even if he comes up short this cycle, Vazquez will still be motivated to be in the pool next cycle. The international game has always been important to him. Growing up in San Diego to parents who emigrated from Mexico, his family was fans of both the Mexican national team and Chivas de Guadalajara. He has witnessed the soccer rivalry between both the USA and Mexico first-hand – but his take on it is not with hostility but with admiration.

Seeing both nations co-host the 2026 tournament is exciting, but another source of motivation also goes back to his generation of American players. Youth national team results are of mixed importance, but the 2015 U-17 cycle was a transformative cycle that saw many of its players make groundbreaking steps for American players. Vazquez might be a late bloomer, but he was a big part of that team and wants to follow in the successful steps of his friends and teammates.

“I still talk to most of them,” Vazquez said. “We are an incredibly talented group. A lot of our player pool is on the senior national team. Weston McKennie was a part of those, Reggie Cannon and Djordje Mihailovic as well — very, very good players. We've had so much talent in that age group. Seeing my teammates from then who are playing on a senior national team and not being part of that has always had a fire burning in me — knowing that I could be on that level.”

If he keeps up his current form, he might just earn a reunion with his U-17 teammates.