Assessing MLS offseason moves -- which teams have helped themselves the most? 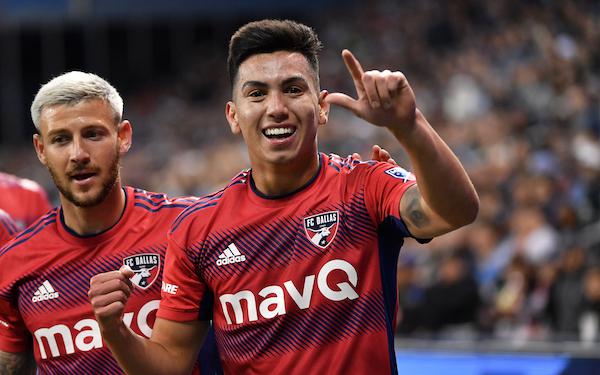 Which MLS teams helped themselves the most with their offseason moves?

All teams except the new Concacaf champion Seattle Sounders will have played at least 10 league matches after this weekend, and the primary transfer window ended a week ago, so we have a sufficient body of work to evaluate how players are settling in.

Of course, some big signings have not yet played (New England's Colombian winger Dylan Borrero and Chicago's Mexican winger Jairo Torres), won't arrive until the summer window opens in July (Toronto FC's Lorenzo Insigne and Houston's Hector Herrera) or were injured before they even arrived (Orlando City's Argentine, Gaston Gonzalez, out for the year with a knee injury).

A case could be made, as least on the basis of the deciding second leg of the Concacaf Champions League final, that the best signing of the season has been Albert Rusnak, whose acquisition by the Seattle Sounders as a MLS free agent was the one addition they needed to put them over the top in their successful campaign for Concacaf supremacy.

The Sounders are unique in MLS, a team that has been able to retain its core of key players for years. Garth Lagerwey, the Sounders general manager, credits the city of Seattle and its fans as the driving force in what inspires his stars to stick around.

Most MLS teams, though, heavily rotate their squads from season to season, using multiple player mechanisms, from transfers (DPs and young players signed via the new U22 Initiative), trades and free-agent signings within the league, the SuperDraft for college players and Homegrown signings for both college and academy players.

Some DPs have already had an impact. D.C. United bought out Greek DP Taxi Fountas' contract from Rapid Vienna so he didn't have to wait until July to begin play in MLS and he already has scored four goals in four games. Paraguayan Sebastian Ferreira also has four goals for Houston.

Others haven't been much of factor. Swiss international Xherdan Shaqiri hasn't yet managed to get the Chicago Fire out of the bottom of the Eastern Conference. Brazilian Douglas Costa has not made much of an impact at LA Galaxy, which has done better thanks to a couple of MLS veterans, Raheem Edwards and Mark Delgado.

The top scorer among MLS newcomers is unheralded Spaniard Jesus Jimenez, who is tied with Jesus Ferreira and Sebastian Driussi for the MLS lead with seven goals for Toronto FC, which plucked him from the Polish Ekstraklasa.

The new twist within MLS is the drive to participate on the international transfer market. The United States ranked fourth in the world, behind only England, France and Germany, for transfer receipts during January. That's given clubs more money to spend on transfer fees and GAM deals with other MLS teams. The trick will be for MLS teams to be able to anticipate their player sales and be ready with their cash inflows to replace their departed stars. The Revs sold Tajon Buchanan to Club Brugge but could have used Borrero in their Concacaf Champions League campaign.

We've singled out five teams that have helped themselves the most so far in the 2022 season with their new signings. (It doesn't mean the season will end that way.) All rank in the top four in their conference, and all have improved their points-per-game average -- in some cases, dramatically -- from 2021.

1. FC Dallas. FC Dallas has been great at developing -- and quickly selling -- young players, but it's historically done poorly with its acquisitions on the transfer market. The Hoops were sitting on a pile of money following the sale of Ricardo Pepi to Augsburg and went out and paid a club-record fee of about $7 million for Argentine teenager Alan Velasco, who could be the best young player in MLS, and paid a domestic record $2 million in GAM to acquire Paul Arriola from D.C. United. The Arriola-Ferreira-Velasco frontline has combined for 11 goals and six assists for FC Dallas, which has lost just once in 10 games after not making the playoffs in 2021. In goal, Dutchman Maarten Paes (on loan from Utrecht) has a 0.70 GAA, while Marco Farfan (picked up from LAFC) has started every game at left back. South African Tsiki Ntsabeleng (who played collegiately at Coastal Carolina and Oregon State) has been a nice addition after being taken with the 28th pick in the SuperDraft.

2. FC Cincinnati. A new general manager (Chris Albright) and new coach (Pat Noonan) have brought new hope to the Queen City. FC Cincinnati is 5-5-1 after 11 games. That might not sound like much, but it won just 14 games in its first three MLS seasons combined. In last week's 1-0 win at Minnesota United that extended his team's winning streak to three games, Noonan started six first-year players: Generation adidas keeper Roman Celentano (Indiana) in goal, another SuperDraft pick, Ian Murphy (Duke), on the backline, John Nelson at wing back, Junior Moreno and Nigerian Obinna Nwobodo in central midfield and Dominique Badji up front. Only Nwobodo (a reported $3 million signing from Turkish Goztepe) was acquired on the international transfer market, where FC Cincinnati has a terrible history. FCC's domestic newcomers might not be good enough to keep it in the playoff zone through a full campaign, but just being competitive is a big change for the better.

3. LAFC. LAFC made a big splash with its entry into MLS in 2018, signing Mexican Carlos Vela and a crew of exciting young South Americans. What LAFC lacked and gone out this season and got is a supporting cast of MLS veterans. GM John Thorrington made moves to acquire seven players who were at different MLS teams in 2021. Canadian Maxime Crepeau has been a steadying hand in goal, while Ryan Hollingshead, Ilie Sanchez and Kellyn Acosta have shown their value for LAFC, which leads all teams in MLS with a 7-1-2 record after missing out on the playoffs for the first time in 2021. 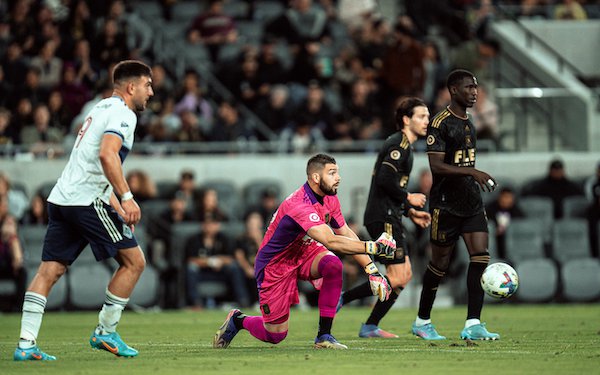 4. Austin FC. No one saw this coming. MLS's worst attack in 2021 is second behind only LAFC with 2.2 goals a game in 2022. On top of that, second-year Austin FC is winning. It holds a 6-2-2 record, also second behind only LAFC in MLS. Maxi Urruti and Ethan Finlay were signed as MLS free agents and have combined for six goals. Austin FC coach Josh Wolff says that Urruti has been instrumental in pushing his fellow Argentine, Driussi. One of the finds of the offseason in MLS was Ruben Gabrielsen whom Austin FC signed as a free agent from French Ligue 2 club Toulouse. The Norwegian has formed an excellent partnership with Costa Rican Julio Cascante -- Austin FC has allowed only nine goals in 10 games -- and provided an effective outlet out of the back with his long-range passing.

5. Orlando City. The Lions are another team that came into a lot of money when they transferred their young American forward (Daryl Dike). They also have new owners (the Wilf family). They made 21-year-old playmaker Cesar Araujo their first U22 Initiative signing and added another Uruguayan, 22-year-old forward Facundo Torres (photo, below) for a reported club-record transfer fee of $7.5 million. Austrian Ercan Kara completed a trio of January transfer moves. Araujo ranks third among MLS midfielders with a pass completion percentage of 89.9% while Torres and Kara have combined for four goals and four assists in MLS play for the Lions, who sit fourth in the Eastern Conference with a 5-4-2 record and are coming off a 2-1 win over Philadelphia in the Open Cup. 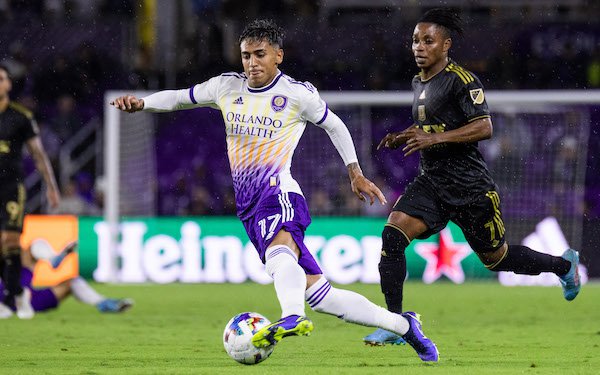