Pay to play and beyond 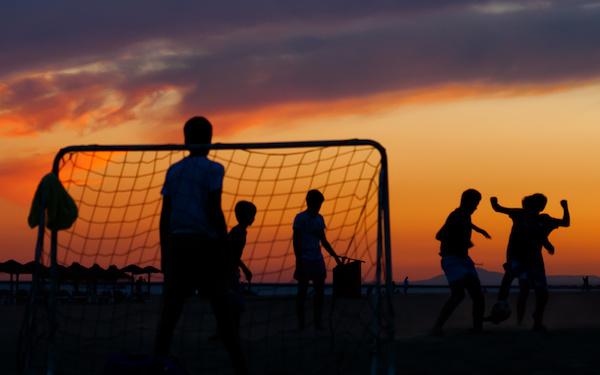 USYS is the largest national youth organization in the country with around 2.4 million registered players of all youth ages. Recently, under the helm of the new CEO, Skip Gilbert, USYS has been transformational. They came out with a 5-year Strategic Plan which makes the organization accountable and transparent to its stakeholders. They formed a USYS university, which is a gathering of educational resources for its membership. Recently, they partnered with Florida State University to help soccer education. Gilbert very recently wrote an article on pay to play. The article is enlightening and raises valid questions and proposes possible solutions.

Let us make something clear. There is no such thing as free soccer – just like there is no such thing as a free lunch. Somebody has to pay for the fields and usually that is the taxpayer. The cost of staff, travel and others are always born by the organizing club everywhere. The issue is how they generate revenues for those items. In Europe, central government or the cities build facilities for the youth and adults to play soccer or any sport for that matter. Here, we have the schools systems and park and rec departments who provide facilities with taxpayers’ money. Some soccer clubs benefit from one or both of those entities with the use of fields at little or no cost.

In Europe, the professional teams only recruit talented players for their academies. They pay all the costs of the youth development system knowing that if they develop a few good players their investment will be returned through training compensation and solidarity payments as well as providing some young talent to their professional teams. These academies are free to play. The same academies might have “football schools” in their country or internationally for which parents pay for their kids to play for that club’s crest. Those clubs actually market their brands through those ” football schools or academies.” The goal in those schools is not to develop players for their pro teams but rather generate revenue for their developmental academies. The idea that pay-to-play is a USA-centric system simply doesn’t hold water. The truth is that it is in place and thriving around the globe.

On the other hand, according to Aspen Institute’s “State of Play 2021” report: ”Wealth still factors into who plays: This was true before the pandemic and true today. In September 2021, 24% of parents in the highest-income bracket ($100,000 or more) said their child had resumed sports at a higher level than before COVID-19. Only 13%-14% of kids from the two lower-income brackets returned to sports at a higher pre-pandemic level.”

In our landscape, the only organized free-to-play system exists in MLS developmental academies. The owners pay for the expenses and unfortunately since both training compensation and solidarity payment issue has not been resolved legally, they try to return their investments by selling some players that they developed with a transfer fee. I know that there are some club or organizations outside the MLS that try to deliver free-to-play or affordable pay-to-play soccer for the kids. One good example is USLA (Urban Soccer Leadership Academy) in San Antonio. Unfortunately, this type of programming is more the exception than the rule.

The soccer clubs usually pay for facilities and always pay for coaches – unless they are voluntary coaches-referees, registration fees -- travel costs and the list goes on. A child might cost to the parent anywhere from less than $1,000 a year to several thousand dollars. Mostly, the expectations of the parents are limited for the kids to have playing time and socializing. But quite often for some of the parents of non-pro youth soccer club players, there is an expectation for talented kids to get a college scholarship. That expectation justifies the investment by parents. Whether the return of investment is realistic is yet another dilemma. The percentage of boys graduating from high school in 2020 and playing at a D1 school -- that doesn't necessarily mean on a scholarship -- is 0.8% and it is 2.1% for girls.

The key problem in this system is for the kids whose parents cannot afford the pay-to-play system fees. Those parents are usually from immigrant families who have a deep soccer culture.  Those kids start to play unorganized soccer with pick-up games from very early ages. Those kids are in general more talented than suburban kids who play organized club soccer. Many soccer clubs generate sponsorships so that those talented kids can play in their clubs.

So, we must look in how to make organized soccer accessible and affordable to all without condemning the pay-to-play system, which is here to stay with us.

Although some secondary schools do charge a fee to play soccer, school (middle and high school) soccer in general is a free-to-play environment funded by the taxpayers. It is a great social environment for kids to enjoy soccer. Unfortunately, instead of recognizing and embracing school soccer as a constructive form of, and supplement to, "organized" soccer, club soccer organizations have traditionally distanced themselves from (and very often looked down on) school soccer.  Very recently, Development Academy players were prohibited from playing school soccer.  At least trying to minimize the differences between NFHS rules and Laws of the Game would be a great stride forward. U.S. Soccer, USC and NFHS can work together to supply ongoing soccer coaching education in schools. School soccer is an excellent platform for kids who cannot afford to play in the pay-to-play system to display their talents.

For soccer to flourish in the U.S., we need to cast a wider net.  We can do so by starting to heal the rift between club and school soccer programming. In the end, school soccer is an excellent platform for kids who cannot afford to play in the pay-to-play system to enjoy the beautiful game and have an opportunity to go as far as their talent will take them.

There are many unaffiliated leagues in which immigrant and underprivileged kids play soccer. Although one of the reasons for the kids to play in these leagues is the fee structure of pay-to-play system, there are other reasons -- mostly cultural -- which must be investigated. We need to make a concerted effort to find/develop a seamless pathway to move these youth players into more organized soccer programming. U.S. Soccer announced that they started a research project to identify the barriers into organized soccer for underprivileged kids. The public is waiting for the results to be published. The findings, I am certain, will highlight the multi-dimensional nature and well-engrained societal, cultural, historical, and economic realities associated with this challenge. Bringing those kids into the system will elevate the talent pool of soccer clubs which in return will enhance competition.

Soccer clubs are non-profit organizations but still they are small -- sometimes mid-size -- businesses. They have revenues and expenses, and they should be run like businesses. Typically, they are not. If they can reduce their costs and increase their revenues, then they will be able to sponsor more talented kids whose families cannot afford the fees. They are often competing with other clubs to secure and maintain members- locally, regionally, nationally. Parents who have expectations for their kids to get a college scholarship will prefer clubs who are successful in leagues and tournaments. Those clubs who have more talent on their roster through scholarships will be more successful on the field and hence will attract more parents, or let us say customers.

As such, clubs of every stripe should strive to develop their organizations and lead and run them like for-profit businesses. Paying attention to issues of organization development, business development, along with player development and incorporating sound management and leadership practices will lead to higher levels of membership engagement. This, in turn, will lead to organizational success in the form of solid finances, retention of members, a burnished brand, etc.

Soccer club leaders should view their roles as transformative and realize that they need to have a 30,000 foot look at their club. Doing a simple needs analysis will tell a lot of how and where the club should go, what the assets and liabilities are. The leadership can then reorganize and plan for the future where they minimize costs, maximize revenues, make parents happier and be more successful in competitive soccer organizations. Perhaps, most important for our discussion on ways to work within the pay-to-play system, clubs that effectively manage their finances may enable them to keep fees low and also offer more needs-based scholarships to make their clubs and programming more accessible to families who would normally be shut out. If the focus on running a club more efficiently and effectively like a business was more widespread across the country, perhaps we could make real inroads on the accessibility front.

The bottom-line is that pay-to-play youth soccer is here to stay. The question is how to offer good quality soccer experience for those who cannot afford it. The answer lies in the triumvir of clubs, schools, and the Federation.

youth
23 comments about "Pay to play and beyond".
Read more comments >
Next story loading