Kings of Concacaf get out of MLS basement 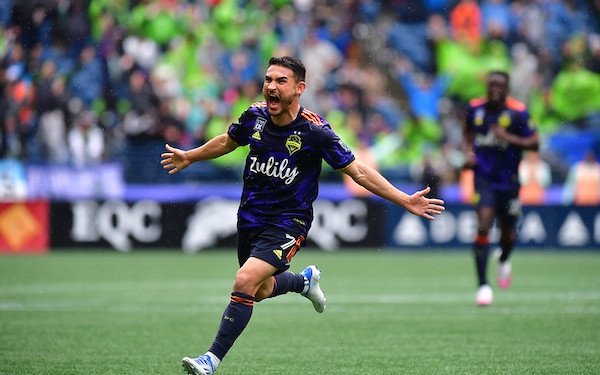 The Seattle Sounders got down to the business of getting back into the MLS playoff race with a 3-1 win over Minnesota United on Sunday in front of 32,613 fans at Lumen Field on Sunday afternoon.

It was the first match the Sounders played with their starting lineup -- minus Joao Paulo, out for the season with a knee injury -- since they won the Concacaf Champions League.

Playing a reserve team, Seattle lost at FC Dallas, 2-0, for its third straight defeat in league play and to the San Jose Earthquakes in a shootout in the U.S. Open Cup and began Sunday's game in the basement in overall MLS standings. the Sounders moved into 10th place in the 14-team Western Conference with the victory, five points below the playoff zone with two or three games in hand on every team above them.

• Scoring. Cristian Roldan was the star, drawing the penalty that Raul Ruidiaz converted for the tying goal in the 49th minute, scoring the winner in the 74th minute with a curling shot from roughly 30 yards and setting up Nicolas Lodeiro for the third goal late in stoppage time.

• Sounders coach Brian Schmetzer: “Cristian has been doing that for a long, long time. We are grateful. We as coaches never overlook all of the small details that he brings to the team and the game. He causes penalties because his movement is aggressive inside the penalty box. He attacks the prime assist zone well. He puts himself in harm's way. Today was another good performance that I hope other people, not just the fans and us, I hope people [USMNT coaching staff] are paying attention."

• Next up: The Sounders head on the road to face two teams ahead of them in the standings: Houston on Wednesday and Colorado on Saturday. The Dynamo and Rapids are two of four teams with 15 points, five more than Seattle.