Clint Dempsey on his Texas roots, family and USMNT 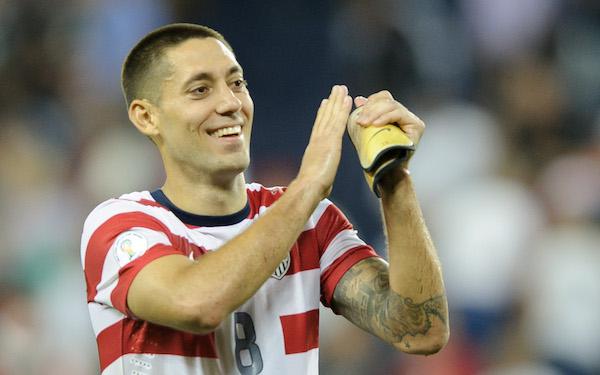 Clint Dempsey will be inducted into the National Soccer Hall of Fame on Saturday following a 15-year pro career that took him to New England and Seattle in MLS and Fulham and Tottenham in the Premier League.

Dempsey played in three World Cups for the USA and finished his international career with 141 caps and 57 goals, tied with Landon Donovan for the most among U.S. men. He was elected with 97.9% from the player voting committee, ahead of Shannon Boxx and Hope Solo, the next two highest vote-getters in this year's induction class.

Dempsey's older brother, Ryan, will introduce him, and other family members will join him at the Hall of Fame ceremonies in Frisco, Texas. It was Ryan who got Clint interested in soccer when they were children in Nacogdoches, Texas.

"He's the one that got us into the game at a young age," said Dempsey on a media call ahead of the Hall of Fame induction, "and introduced us to international soccer, being able to watch World Cups and see packed stadiums and finding out about Dallas."

It's a three-hour drive from Nacogdoches to Dallas, already a mecca for youth soccer in the 1990s. The goal was to get Clint a college scholarship -- he played three seasons at Furman University before turning pro -- and to do that he needed to find his way to Dallas, which he did with the help of his parents and grandparents.

"Without them." he said, "it's not possible. Whether it was my grandparents who were helping my mom and my dad out in terms of having us sometimes in the summers when they were working, whether it's my mom and dad driving me back and forth up to Dallas, whether it's my grandparents helping with the donations for me to try to go to regional camp or ODP, which we couldn't afford." 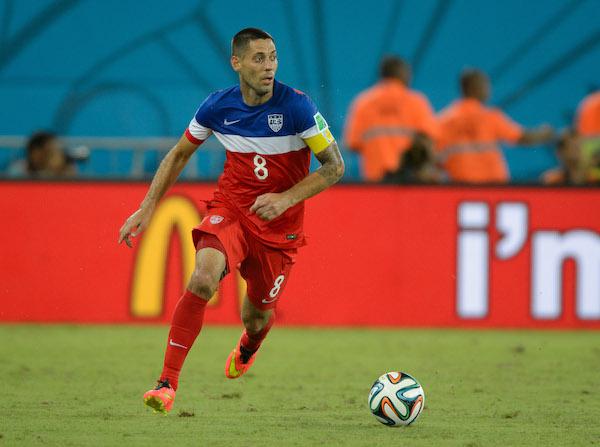 Dempsey said the goal was to get the best coaching possible and best competition possible and hone the skills he learned in Nacogdoches. Dallas might have provided the springboard to his Hall of Fame career, but Nacogdoches is what made him the player he was.

"I would play Hispanic league, and I played high school soccer as well," he said. "A lot of those guys were from El Salvador, were from Mexico, were from Costa Rica, were from Honduras. I would say playing in an Hispanic league, playing men's league, shaped me because you get elbowed, you get pushed down. You gotta be tough. I come from a working-class family. What you have to work for is what you get. When you see Latin play, you think keeping possession, trying to take people on. That's kind of what influenced my game, being around those environments. And at the same time, I always wanted to prove myself and test myself. And if I get knocked down, I'm gonna get back up. That was always my mentality. And I think I was blessed to have grown up in that environment. I look back on some of those times as what made me tough."

Dempsey also learned to never take anything for granted.

"It gave me my chip on my shoulder that I was always having to prove myself and nothing was ever easy," he added, "but it's what gave me peace in the end also because it made everything that much better when it all worked out."

As a child, Dempsey wanted to play in the World Cup.

"That was what I dreamed about and prayed about," he said. "But realistically it was trying to get to college, trying to get a college scholarship because that's what all the driving was about. That was the game plan. And from there, kind of see what happened."

Dempsey said it wasn't until he got to Furman and played with other players who turned pro -- fellow Palladin Ricardo Clark was the No. 2 pick in the 2003 MLS SuperDraft and later started with Dempsey on the 2010 U.S. World Cup team -- that he realized he could do it, too.

Dempsey credits Steve Nicol and the late Paul Mariner, his coaches at the New England Revolution, for believing in him when he signed in 2014.

"Steve Nicol and Paul Mariner had a big influence on my career, being able to go professional, believing in me and giving me the opportunity as a young guy coming into that team and giving confidence to me to go out there and express myself and also saying that they thought that in a year or two I could be representing my country."

By the end of his rookie season with the Revs, Dempsey made his senior debut for the USA, and two years later he went to the World Cup, where he was the only American player to score a goal.

Among his many records, Dempsey is the only American to score in three men's World Cups, following up with the USA's first goals at the 2010 World Cup (1-1 tie with England) and 2014 World Cup (2-1 win over Ghana).

Dempsey's international career ended when the USA failed to qualify for the 2018 World Cup -- he was a second-half sub in the deciding match against Trinidad & Tobago in Couva. He says he enjoys playing golf, hunting and fishing, and also raising his five children -- "It's definitely busy around the Dempsey house -- but also working in broadcasting. He began at CBS Sports in 2021 -- "I liked that it wasn't week to week because I enjoy being retired" --  and will be working for Fox Sports on its 2022 World Cup coverage.

Paramount+ did the USA's road matches during the World Cup 2022 qualifying campaign so Dempsey followed the national team closely. He said the USA lacked "a No. 9 who could consistently score, whether it was one goal every other game or every other two games, I just felt like that's something that we didn't have. We needed more of a goal threat there. I think that we did create chances."

And what would he like to see moving forward?

"I felt like when teams pressed us, we struggled at times in terms of building out of the back," he said. "At the same time, we're open to the counter. So it's being careful about how we get forward and not leaving ourselves open to get countered."