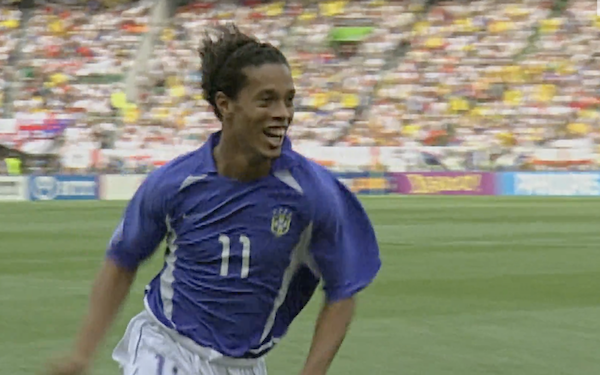 Ronaldinho – The Happiest Man in the World  (Goldman Pictures)

Once they’re out of the public eye, it’s easy to forget how good some players really were. Sport is focused in the main on the present moment, and current discussions about the best player in the world are edging Lionel Messi out in favor of Kylian Mbappé and Kevin de Bruyne. For a short time almost two decades ago, that title belonged to the Brazilian attacking midfielder Ronaldo de Assis Moreira, better known by the name on his shirt, Ronaldinho.

After winning the World Cup with Brazil in 2002, Ronaldinho felt marginalized by Luis Fernandez, his club coach at Paris Saint-Germain. Fernandez wanted Ronaldinho to up his defensive game, but the coach was also vocal about the player’s carefree lifestyle and frequent trips back to Brazil. The Brazilian only knew one way to play, and it wasn’t tracking back to tackle, so he ended up spending a lot of time on the bench during his second season at PSG.

As shown in this captivating and moving documentary from the Douglas Brothers, Ronaldinho looked on the verge of signing for Manchester United in 2003. At the same time, he was coveted by a struggling Barcelona, who reportedly couldn’t match the English side’s offer. Brother Roberto, though, realized that Barca was the right kind of club for his sibling and enlisted former Brazil head coach Luiz Felipe Scolari to persuade Ronaldinho that a move to Spain would be better for his future. And so it proved, up to a point.

Roberto had taken over mentoring and managing his brother after their father suffered a heart attack and drowned in the family’s pool. They’d moved up from a poor neighborhood in Porto Alegre thanks to Roberto’s contract with the city’s showpiece club, Gremio. Ronaldinho was just 8 when his father died, but when the two players talk about him on screen, it’s clear they still miss him every day. He left them with the folksy motto: “The best things in life are chicken soup and humility.” 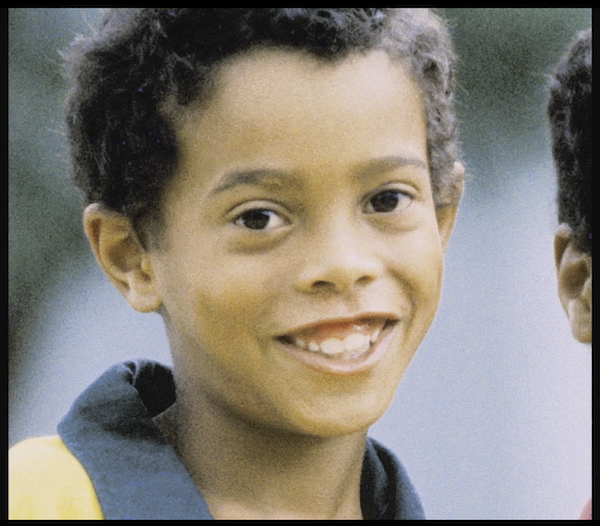 When Roberto’s own promising career was cut short by injury, he focused on Ronaldinho instead. Footage of the small, agile player scoring wonder goals for an indoor team is not so much astonishing for his precocious skills, as for the reaction the goals provoke among the adult spectators – absolute rapture, every time. “I was born with ginga in my body,” Ronaldinho says. “A kind of sway. Ginga is something gringos don’t have.” And then he laughs, and when he laughs, it’s like watching him play - it’s impossible not to love him.

After Barcelona made a poor start to the 2003-04 season, coach Frank Rijkaard assigned the player the free role that his skills craved, and the club soared up the table to second. The following season, they became LaLiga champions, and in 2005-06 they retained the title and won the Champions League too. Ronaldinho was in the form of his life and picked up the 2005 World Player of the Year trophy. This is where you’re reminded of his dazzling, thrilling play, so sit back and marvel at the collage of mesmerizing dribbles, goals and assists.

The very next season, though, the smile became less of a given, at least that’s what the chosen footage portrays. The film’s narrative plays up the player’s decline as coming right after Brazil’s quarterfinal defeat to France in the 2006 World Cup, a tournament where Ronaldinho registered just a single assist. That’s not quite true, though – he scored 21 goals during the 2006-07 season for Barcelona, losing out to Real Madrid only on the direct head-to-head record. Nonetheless, his form seemed to suffer the more he stepped up his social life, which also caused the collapse of his first marriage. “I saw him slide down the scales,” says Rijkaard, “and I could not do anything to help him.”

“He had the need to spread happiness to everyone else,” according to his wistful former wife, Janaina Mendes. “I never understood why.” They had a son, Joao, named after Ronaldinho’s father, but the player was not cut out for the kind of settled domestic life that might have extended his career. In 2008, he moved on to AC Milan and never quite recaptured the consistent quality he’d shown for just a handful of years. His successor in the No. 10 shirt at Camp Nou was Messi, whose first ever goal in a Barca first team shirt came from Ronaldinho’s assist - a cheeky, improvised lob from the man who’d recognized and encouraged the Argentine’s genius from the start. Messi speaks warmly of his former teammate whose goal stats he went on to better, several times over.

You won’t see anything in this movie about Ronaldinho and Roberto’s recent spell in a Paraguayan prison for crossing the border illegally. Nor is there any hint about their troubles with the tax authorities that led to the confiscation of their passports in the first place. Nothing about the player’s reported polygamy, nor his membership of the dubious, right-wing Brazilian Republican Party. But as a soccer-centered film it hits all the right spots with just the right combination of action, interviews and archived family footage.

As well as being born with ginga, Ronaldinho also suffers from saudade, which he describes at the start of the film as “that tightness in the heart. It’s remembering something you once had, and wanting it again.” You assume he’s talking about his talents on the field, but by the movie’s end you know it’s something much more important – the complete family that made him feel so secure for the first eight years of his life. Did his father’s early death prompt the carpe diem lifestyle? Perhaps a steady, paternal influence would have meant an even more stellar career, one to match Messi’s. In the absence of that, however, just feast on the engrossing highlights we’re privileged to have. 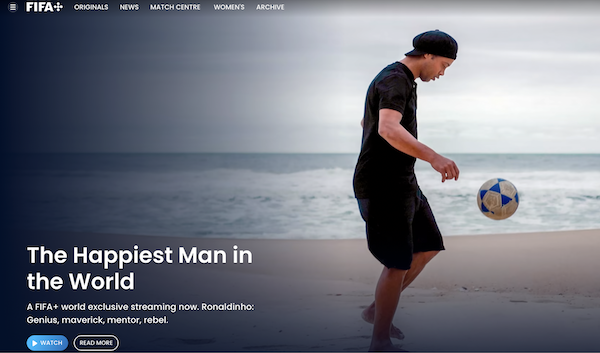 Available on the FIFA+ network.