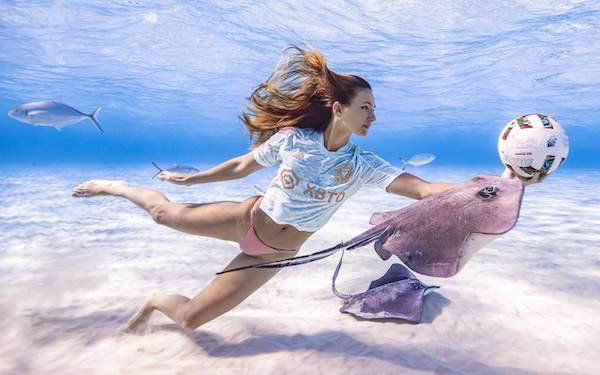 All MLS teams this weekend will wear the 2022 edition of adidas' Primeblue jersey, made from recycled plastic recovered from the ocean, as part of the league's ongoing campaign to raise awareness of plastic pollution at sea.

Inter Miami again went underwater to launch its jersey and raise awareness about the issue, returning to the Cayman Islands to team up again with internationally acclaimed underwater photographer Jason Washington and Cayman Islands-born free-diving model and competitive swimmer Coral Tomascik in a photo-shoot surrounded by stingrays.

“Everyone at the club was excited to work with Jason, Coral, adidas and MLS again on such an important initiative as reducing plastic pollution in the Ocean,” said Mike Ridley, Inter Miami's senior vice president for brand and marketing. “This year, we really wanted to find a way to highlight that when the oceans are clear of plastic, marine life will repopulate and ultimately flourish, which is critical to a healthy ecosystem.”